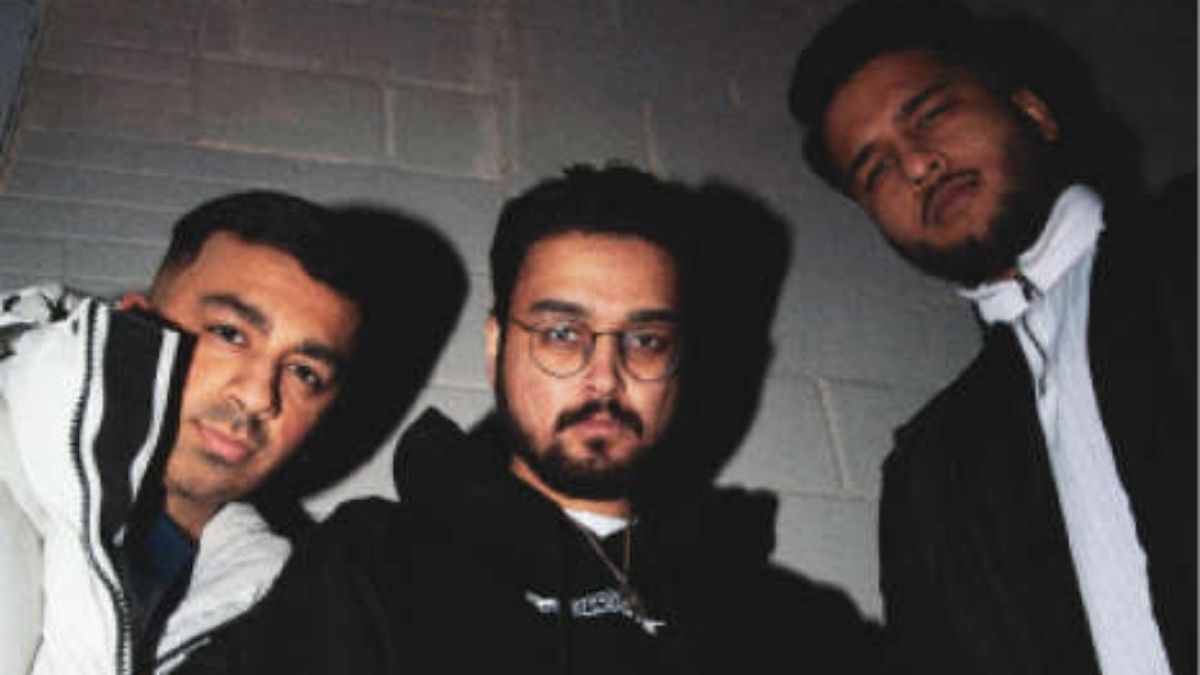 Though one’s musical preferences are bound to change over the years, constant favourites are most often the ones that evoke nostalgia from precious moments of our lives. It is no wonder then that a number of artists and bands incorporate nostalgic elements in their music in order to appeal to a particular group or generation.

A good example of this is the music made by GEN64, a South Asian alternative hip-hop group based in Toronto, Canada. The band comprises Lush Lightyear and Mani on vocals, with production by DEYS. The ‘64’ in their name is an ode to Nintendo 64—a game the trio often played in their younger years, which is also when they met and formed the band. Apart from the name, GEN64 incorporates nostalgic elements and retro aesthetics in every aspect of their music.

The trio met in high school and began collaborating under the moniker ‘Childhood’, generating local buzz with their content. A decade later, the group is still together though they have evolved their sound. They pride themselves on being representatives of global South Asian artists. GEN64 blends sounds from Hip-Hop, R&B, Alternative, Electronic, and Afrobeat, among others. Their inspiration is varied and comes from iconic artists like Childish Gambino, Young Thug, 070 Shake, Majid Jordan, BROCKHAMPTON, and Tyler The Creator.

Comme Des Garcons, their latest song released on July 9 this year, is their first single on Surrey-based label Snakes x Ladders. The story behind the song is particularly interesting, going back to a day when one of them was wearing shoes by the iconic Japanese brand Comme Des Garcons in the studio. Mani shares, “Inspired by the name of the brand and its vibe, we immediately started coming up with melodies and flows. Lush and I started writing while DEYS mapped the beat out and added touches to compliment the flows. We recorded the song and I mixed it all in a few hours.” The result was an upbeat single that reminds one of balmy summer days, the first flush of falling in love and the comfortable feeling of ‘Comme Des Garcons’ shoes.

Each of the three artists had an interesting journey towards finding their feet in music. Mani and Lush began with writing rap and freestyling in the cafeteria while still in high school, and DEYS took to production at an early stage. They decided to collaborate on a project in 2010 and have been together since.

Speaking about the nostalgic vibe, Lush says, “I think Comme Des Garcons best encapsulates our approach to music and our creative process. We just like to have a good time and make good music – nothing more than that. I think the more fun we are having, the better our content turns out to be. We all know we’re skilled and bring something unique to the table, and we’ve been doing this together for so long that whatever we make fits into our overarching sound.”

Interestingly, the first version of this single was made in a day—everything from the production of the beat, the song writing as well as the initial mix. Then it took a few weeks of fine tuning the mix to make the final cut. “If we can lock in to the vibe of what we’re making and create the whole song in a day, that’s generally when we make our best music. Typically it’s a 5-6 hour studio session that’ll allow us to make a song, and then the weeks following we can perfect certain things. As long as the song idea and the important parts are laid down in that first session, we’re good to go,” smiles DEYS.

Continual exposure is necessary for every artist and also a big challenge to sustain. The team of GEN64 has put in the requisite hours towards their craft, and now they concentrate simply on making good music and spreading it so that it reaches as many people as possible. However, with the onset of the pandemic, they do severely miss the ability to perform live for an audience. “That’s easily our favourite part of this whole thing. Hopefully we can get back to that now that Covid restrictions are easing,” shares Mani.

MUSIC AND THE MIND-BODY CONNECTION