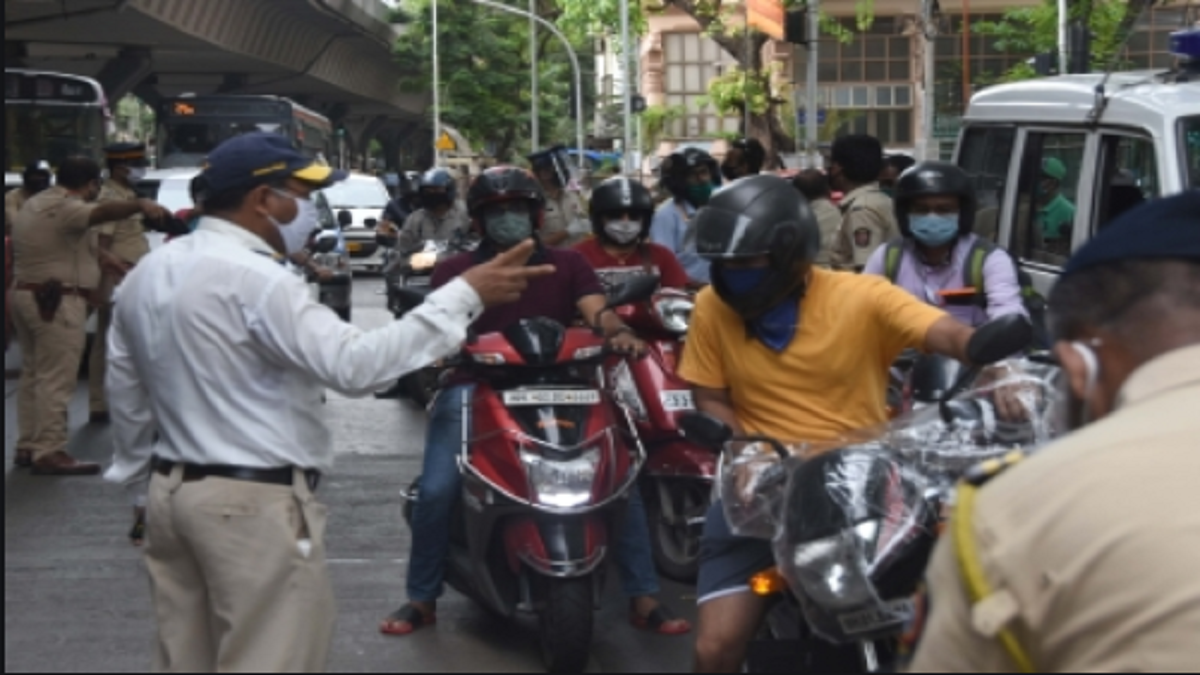 A day after drawing a new “Lakshman Rekha” for Mumbaikars at a 2km radius from their homes, Mumbai Police stepped up its action against lockdown violators and impounded 16,291 vehicles on Monday. The police had already seized 7,075 vehicles and booked 2,065 people for violation on Sunday.

In fresh guidelines issued on Sunday, the police had said that whether it is visiting markets, grocery shops, salons or barber shops, Mumbaikars will have to stick to areas that fall within the 2km radius of their homes/local areas. Only people who are exempted are office goers, essential service-related people and people travelling for medical emergency.

The Maharashtra government has decided to extend the lockdown in the state till 31July. Maharashtra is the worst affected state with 1,69,883 cases and 7,610 deaths reported in which Mumbai has maximum number of 76,765cases with 4,463 deaths reported. In view of the surging numbers in the city, Mumbai police has come up with new restrictions to remind people that corona still exists and people should not walk around unnecessary. Easing of lockdown was done under “Mission begin again” by the Maharashtra government where partial public and vehicular movement was allowed, but seemingly throwing caution to the winds, people have been thronging streets and roads have been clogged with traffic.

On Monday, massive traffic congestion was witnessed at various locations like Western Express Highway, Eastern Express Highway after extensive steps taken by cops at various places across the city. Citizens took to twitter to express their worries about the traffic havoc. ID proofs were checked at various locations and vehicles outside 2km radius of their local areas were impounded. On Sunday itself, Mumbai police booked 2,061 people under IPC section 188 (disobedience of order duly promulgated by public servant) for violating the lockdown norms. Out of those who were booked on Sunday, 1,046 were arrested and released in bail, while 701 were served notices, and 314 are reportedly shown wanted, said Mumbai police.

On Monday, city police set up 137 checkpoints across the city and checked 30,072 vehicles which include 6,640 four-wheelers, 11,579 two-wheelers, and 1,366 three-wheelers. They have registered 6,860 cases under the Motor Vehicles Act. “The threat of Covid-19 still persists and as the lockdown eased, many people have been found violating the norms endangering their own health and that of others. It is our appeal that all citizens behave responsibly and avoid unnecessary movement,” said DCP Pranay Ashok, Mumbai police spokesperson.