MUMBAI GETS FIRST SET OF COVID VACCINE - The Daily Guardian 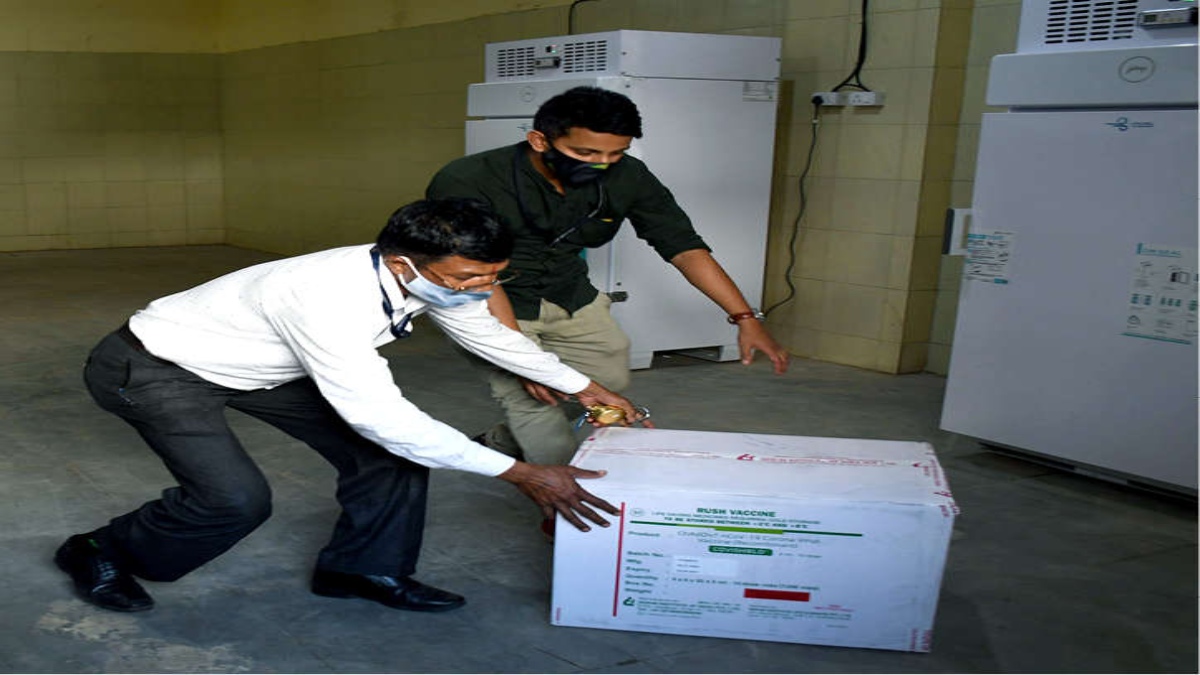 The Brihanmumbai Municipal Corporation (BMC) will on January 16 start its coronavirus vaccination drive at nine centres across Mumbai with the official launch at Cooper Hospital in Juhu. Mumbai received its first set of 1.39 lakh Covid vaccine doses on Wednesday, even as it waits for intimation from the state on how many doses it will get in the first phase of the drive. Maharashtra health minister Rajesh Tope on Tuesday said the government has been allocated 963,000 doses of the Covishield vaccine from Serum Institute of India (SII), Pune.

In the first phase of the drive, health workers will be vaccinated, with BMC already registering 1,25,000 lakh health workers on the CoWIN app — an automated system launched by the Central government to systematically administer vaccine shots across the country. R.N. Cooper hospital Dean Dr Pinakin Gujjar said, “Our hospital has made sure that we have all important equipments in case of emergency. Only those who have registered themselves will be allowed to enter the vaccination centre. We will receive the vaccine by Thursday and the quantity of vaccines will be decided by the BMC. We want people to understand that vaccination is important and they must not fear it.”

The vaccine doses will be stored at a temporary cold storage facility set up on the ground floor of the F-South ward office in Parel, until the civic body prepares the regional vaccine storage (RVS) five-storey Parivar building at Kanjurmarg, which has been identified as the centre for storing doses. Coordinator of vaccination at R.N. Copper hospital Dr Anita informed, “the hospital has 10 vaccination points, 10 beneficiaries at a time will get vaccinated, 30 minutes of observation will be done. In case of any side effect or any other emergency we have more than 10 beds, oxygen cylinders, ambulance and other equipment ready on the spot. Since vaccination is close to hospital building we also have emergency exit doors as well. Depending on the number of people registering themselves for vaccination at our centre, BMC will provide us with a vaccine.”

50 TO 100 ACRE LAND FINALISED FOR FILM CITY IN HARYANA 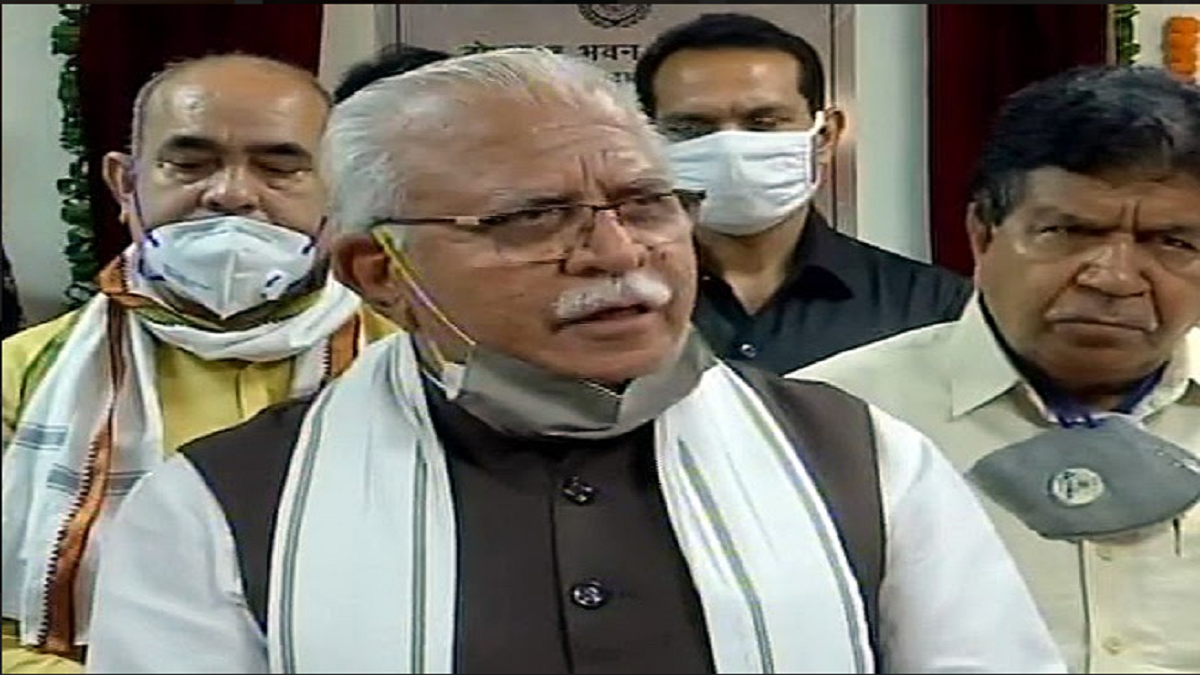 Haryana Chief Minister Manohar Lal said here on Friday that his government is formulating plans to open Film City in the state for which land spanning across an area of 50 to 100 acres has been finalised. Besides this, a State-Level Award will be given to Haryanvi artistes every year to encourage them and all possible help will be rendered for promoting art. On this occasion, OSD of Publicity Cell, Gajender Phogat along with a delegation of Haryanvi folk artistes met the Chief Minister. 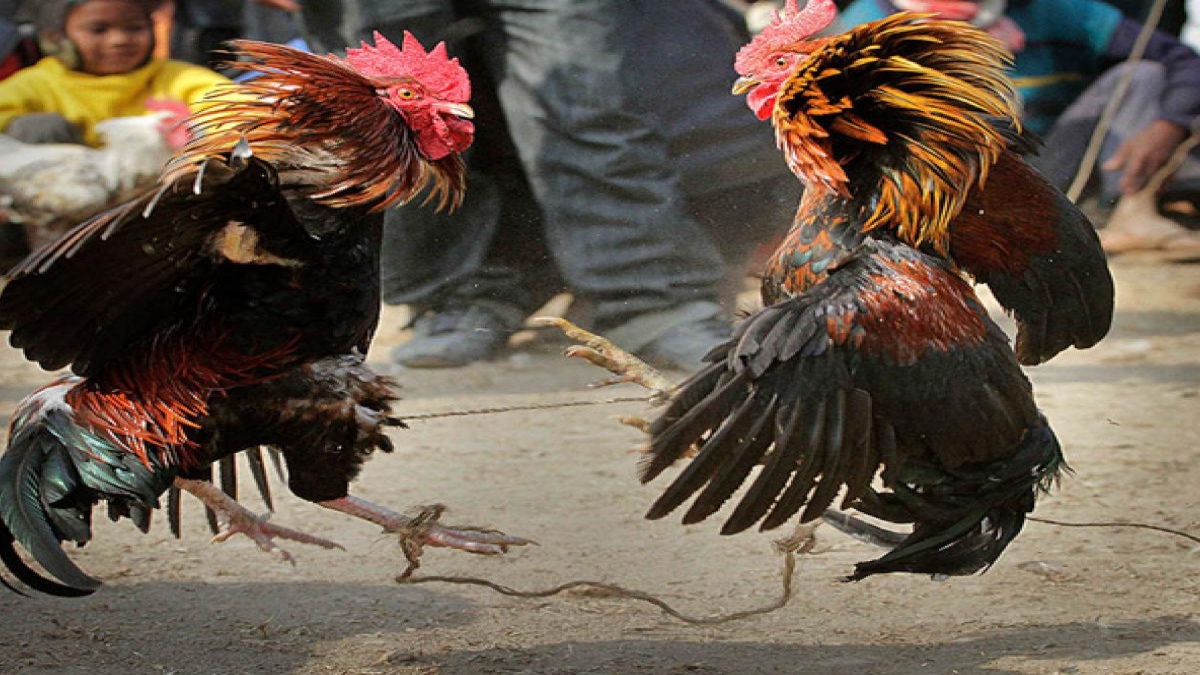 Sankranti cockfights continued unabated across the West Godavari districts, Krishna and Guntur in Andhra Pradesh. Cockfight rings and makeshift tents were pitched across villages such as Yelurupadu, Kallakuru, Kalla, Seesali, Thaderu and Vempa, among others. Among these places, Vempa, located around 20 km from Bhimavaram, is hosting one of the largest cockfight rings, laying an elaborate white central tent.

For the benefit of spectators and punters, organisers with LED screens. political leaders belonging to all parties have been participating in this cock fights. A betting of Rs 10 lakh is gambled on each round of fight in each of the 200 designated fighting rings. It is estimated that at least Rs 500 crore change hands every year during the festival, as the venue also allows card and dice games.

Cockfighting was banned in the state in 2014 under the Prevention of Cruelty to Animals Act, 1960 and the AP Gaming Act 1974. The ban was upheld again in 2018. Regardless of its legalities, cockfighting continues unabatedly with the patronage of political leaders and support of the local police. The bloodsport which now has earned a social acceptance as a “tradition” during the festival, was earlier restricted to the Kshatriya communities, who find a presence in West and East Godavari districts. In this sport, the roosters are tied with razor-sharp blades on their legs that often results in the death of the bird. If the bird loses in the competition, the opponent takes the betting amount and the bird as his possession. 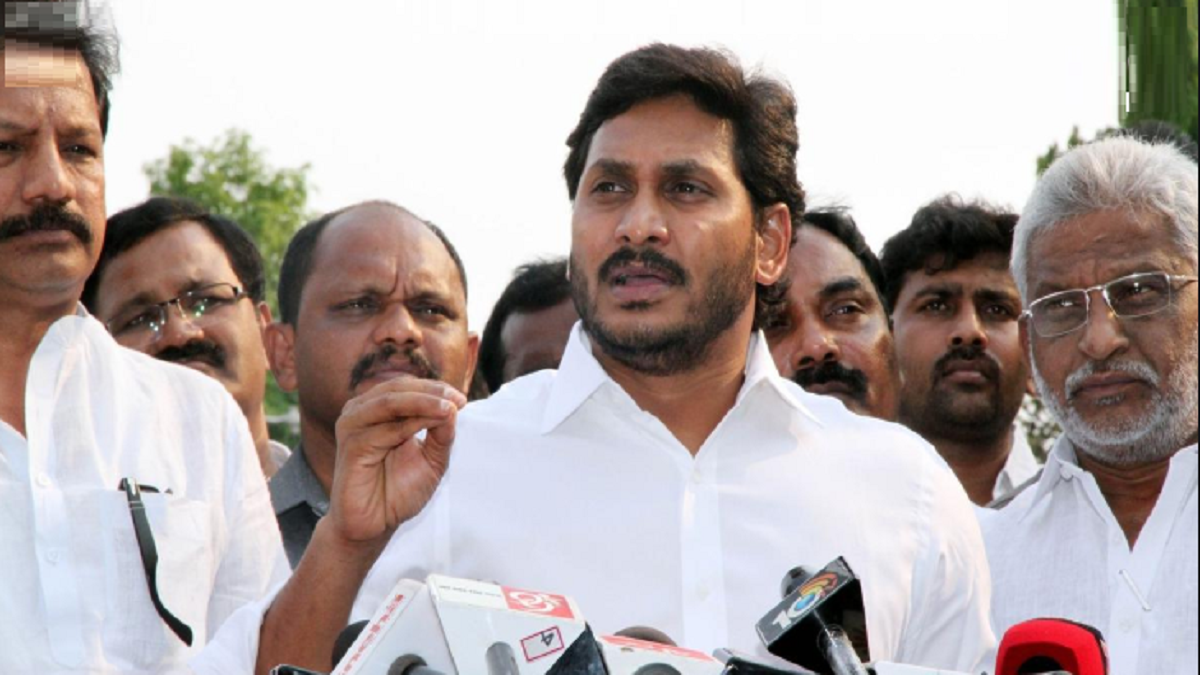 HYDERABAD: The leader of opposition of Andhra Pradesh Chandrababu Naidu has continuously accusesd Chief Minister YS Jaganmohan Reddy as Christian CM and he himself is facing criticism for the attacks on temples. Amid all these controversies the CM has been visiting the Hindu Temples. He has laid the foundation for revival of temples which were demolished during Naidu’s regime in Vijayawada and sanctioned 77 crores of rupees for the famous Vijayawada Kanaka Durga Temple.

Now Y.S. Jaganmohan Reddy visited Narasaraopet Municipal Stadium where he took part in the ‘Gopuja’ (cow worship) programme. The CM, his Ministers and MLAs have embarked on a state wide programme to do ‘cow worship’ programmes at over 2,679 temples. All this is being taken up under the auspices of the Tirumala Tirupati Devasthanams and the AP Endowments Department. The ruling YCP leaders say that it is their Chief Minister’s new call to all the devotees to worship the cow and realise its significance in the Indian way of life. The ISKCON organisers are actively participating in this new ‘Gopuja’ programme of the Jagan Reddy regime. As part of this campaign, the CM has himself directly entered the scene. Posters are pasted at all the temples on the ‘Gopuja’ details and the importance of ‘cow products’. On the other hand, the political rivals and the Hindu organisations are holding campaigns for protection of the temples and idols.

TDP Andhra unit president K Atchan Naidu has alleged that Jagan was using the most sacred ‘Gopuja’ (cow worship) programme for deriving political mileage. He said that Jagan had a knack for ‘doing bankrupt politics’ in each and every issue right from the beginning. The cow worship was also part of his strategy to mix religion with politics. “Nobody would believe the Chief Minister’s trust or faith in any God or religion,” Atchan said. 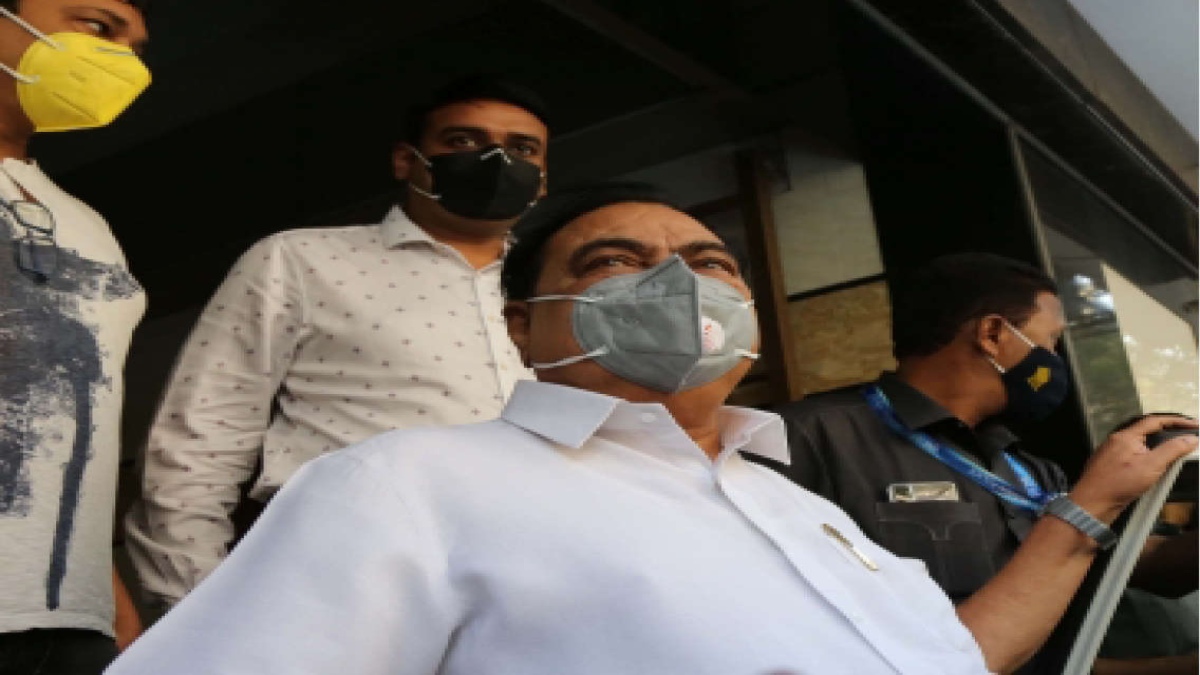 Maharashtra’s former revenue minister Eknath Khadse, who recently left the Bharatiya Janata Party (BJP) to join the Nationalist Congress Party (NCP), was on Friday grilled by the Enforcement Directorate (ED) for five hours in an alleged land grab case. Khadse, a political heavyweight from north Maharashtra, was summoned to appear in the last week of December, but he had sought time citing health issues.

Last month, the ED had gone to Pune to scrutinise evidence and gather documents pertaining to the deal. Subsequently, it recorded the statement of the whistle-blower and social activist Anjali Damania in the matter.

Khadse, who was a senior minister in the previous BJP-Shiv Sena government and virtually No 2, had to resign in wake of the scam in 2016. Khadse had fallen out with then Chief Minister and current leader of Opposition Devendra Fadnavis when he left the BJP, and finally joined the Sharad Pawar-led NCP.

In his complaint to the Bund Garden police station in Pune on 30 May 2016, builder and real estate developer Hemant Gawande had alleged that Khadse misused his power as a minister and purchased land in Bhosari area, owned by Maharashtra Industrial Development Corporation (MIDC), in the name of his wife and son-in-law at the cost of Rs 3.75 crore, as against the market price of Rs 40 crore. The state government had initiated a probe by the Anti-Corruption Bureau (ACB) into Khadse.

He had also faced a probe by Justice MD Zoting, a retired Bombay High Court judge. Khadse had got a clean chit in both inquiries.

Khadse (68) was summoned by the ED on 30 December, but he skipped appearance citing health reasons. ED officials had agreed to give him 14 days to appear before the agency. Earlier, the Maharashtra Anti-Corruption Bureau (ACB) had investigated the matter and submitted a closure report.

The Income Tax department also had sought information in the matter.

Covid vaccine will be distributed at 243 centres across Karnataka, says state Health Minister 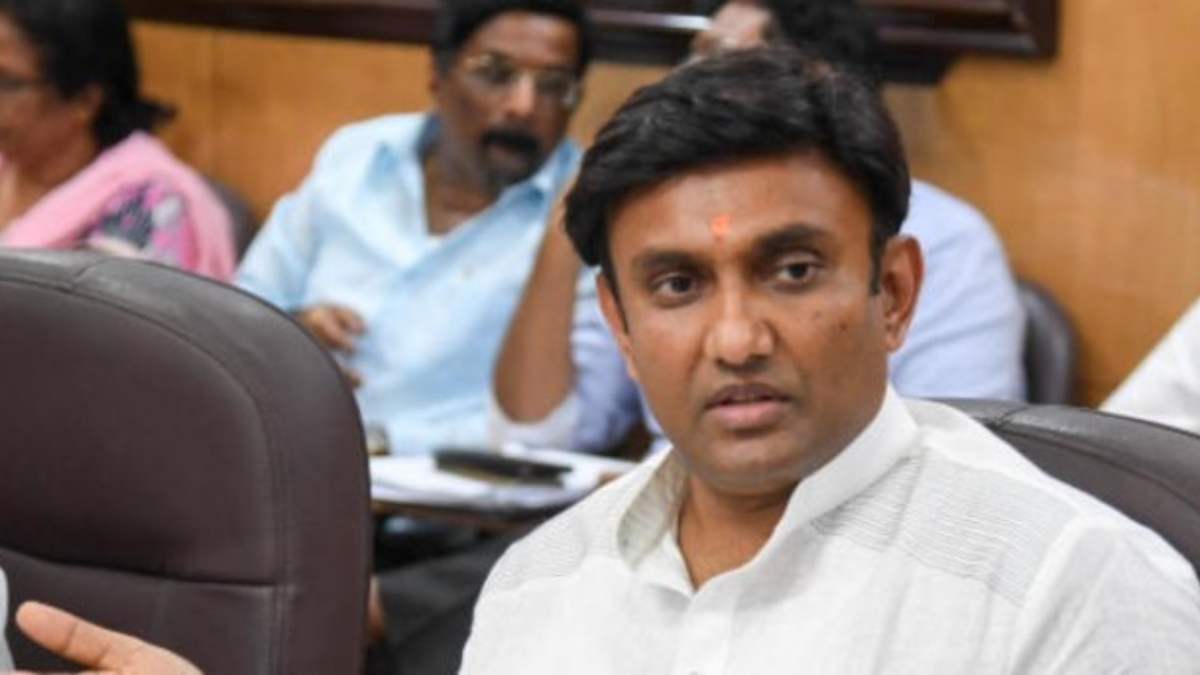 A total of 243 centres have been prepared for the launch of the first phase of vaccination drive across the state on 16 January, including 10 centres in Bengaluru, said Health & Medical Education Minister Dr K. Sudhakar. He was speaking to the media after holding a video conference with Deputy Commissioners, Zilla Panchayat CEOs and district health officers regarding vaccination drive.

Prime Minister Narendra Modi will inaugurate the vaccination drive in Bengaluru Medical College on Saturday and another 9 centres have been prepared in the capital for the purpose he said. Some private hospitals like St. Johns Medical college have also been included in this initiative. Covishield will be distributed in 237 centres and Covaxin in 6 centres in Bellary, Shivamogga, Hassan, Chikmagalur, Chamarajnagar and Davanegere, said the minister.

Politicians would have been given the vaccine in the first phase, but health warriors who are in the forefront in the fight against Corona will be given priority. Persons with comorbidities are next in the priority, said Dr Sudhakar.

Total 7,17,439 health warriors will be vaccinated in the initial phase and we are aiming to vaccinate 24,300 people on the first day itself. We have 8,14,500 doses of vaccine and the initial phase is expected to complete within a week, said the minister.

There will be emergency medical service available at the site of vaccination if any side effects occur to anybody. People are being misled by the rumours spreading in social media. Only information provided in official government handles are authenticated, he clarified.

NEW MINISTERS TO GET PORFOLIOS AFTER SHAH’S KARNATAKA VISIT 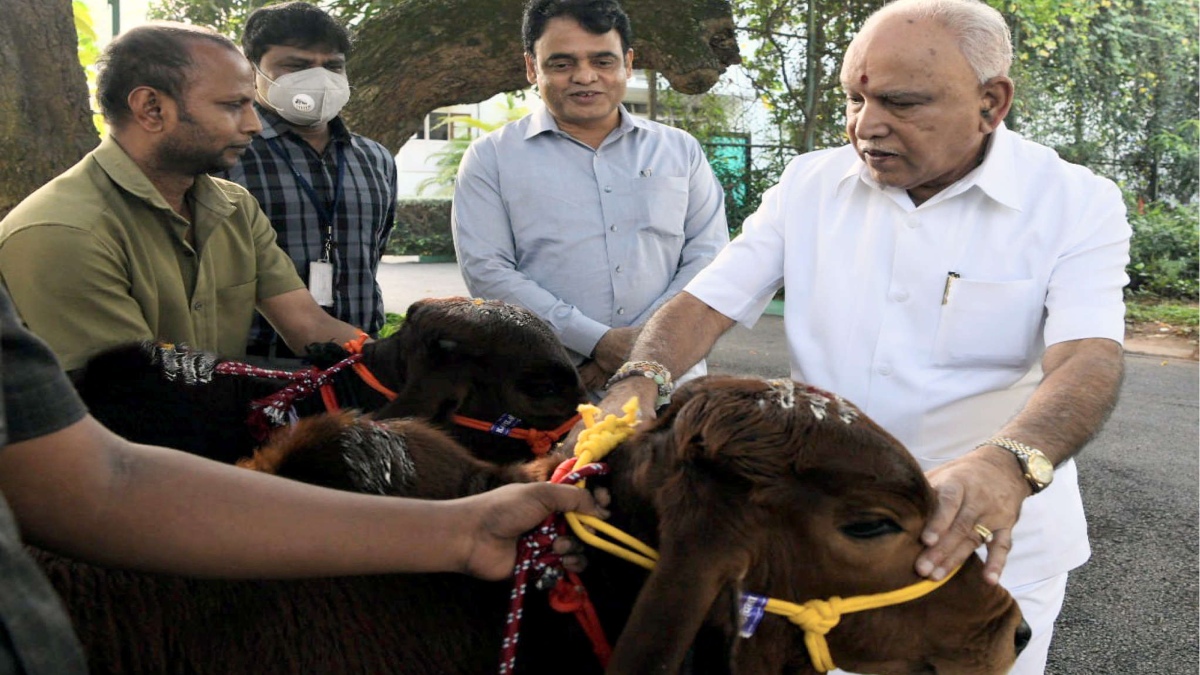 Karnataka Chief Minister B.S. Yediyurappa on Friday indicated that he may assign ministries to seven newly inducted ministers after Union Home Minister Amit Shah’s visit to the state, even as he was non committal regarding reallocation of portfolios, amid speculations regarding it.

“The plan is to do it (assigning of ministries to new ministers) after Amit Shah’s visit, if possible will do it earlier itself,” Yediyurappa said in response to a question.

Speaking to reporters here, he did not respond to a question whether there will be a reallocation of portfolios. “Amit Shah is coming tomorrow, along with him I will go to Bhadravati and we will come back (to Bengaluru), and day-after-tomorrow we will be heading to Belagavi,” he added.

Amit Shah is visiting Karnataka on 16-17 January during which he will be participating in various programmes in Shivamogga, Belagavi, Bagalkot and Bengaluru.

Ending a long wait, Yediyurappa had expanded his 17-month old cabinet on Wednesday, inducting seven ministers as he also dropped Excise Minister H. Nagesh from the ministry. There has been speculation ever since that the Chief Minister may affect a rejig by reallocating portfolios among the ministers in the cabinet.

The cabinet expansion has led to resentment within BJP, with several MLAs expressing serious reservations about MLCs not elected by the people being made ministers, lack of representation with most ministers still from Bengaluru and Belagavi districts, and also on their “seniority or sacrifice” not being considered.

Some legislators like Vijayapura City MLA Basanagouda Patil Yatnal and MLC A.H. Vishwanath have been openly criticising the Chief Minister by accusing him of inducting ministers under blackmail. Unhappy of the cabinet expansion, disgruntled legislators are expected to meet Shah and air their grievances, party sources said.

Amid talks of reallocation of portfolios, how Yediyurappa manages it will be interesting as several ministers including the new inductees are looking for plum portfolios.

Among those with CM, Bangalore Development and Energy are said to be the most sought after.