MILEY CYRUS ON COPING UP WITH DIVORCE TRAUMA - The Daily Guardian

Singer Miley Cyrus says she did not spend too much time crying over her divorce from actor Liam Hemsworth. “I’ve gone through a lot of kind of trauma and loss in the last couple of years. I had a house fire in Malibu, where I lost my house and went through a divorce recently, my grandma who I was super close with, I lost,” she said.

“In a way, I didn’t spend too much time crying over it, and it wasn’t because I was cold or trying to avoid feeling something, but it was just because it wasn’t going to change it. I tried to just continue to be active in what I can control, otherwise you just start feeling like you’re trapped,” she added. The singer shared that by not crying, she has been able to move forward. “I would say that there’s a stigma of coldness for a woman who actually, really moves on,” she noted, while speaking on talk show ‘Skavlan’.

Miley’s divorce from Liam was finalised in December 2019, and the singer said that she is trying to go forward with the mindset that when one door closes, another opens. “I heal through travelling and meeting new people. As you lose one person, another person comes into your life,” she said, according to an eonline.com report. She added that any commitment of “forever” will lead to “disappointment”. Liam and Cyrus officially separated in August 2019, less than a year after they tied the knot.

RANVEER IS HAPPY TO BE BACK ‘UNDER THE ARCLIGHTS’

NISHANT SINGH MALKHANI GETS CANDID ABOUT HIS BIGG BOSS 14 JOURNEY 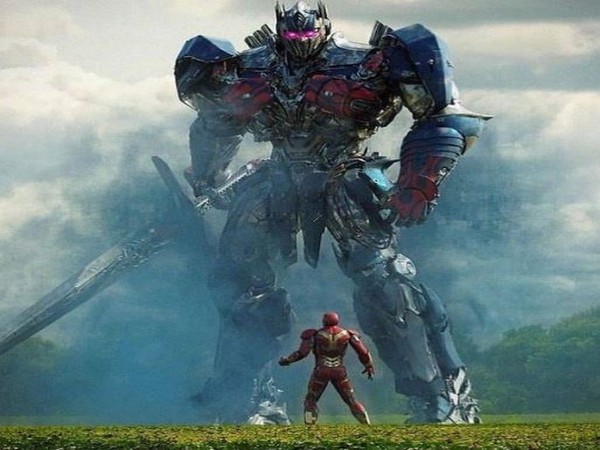 Washington [US], February 26 (ANI): The American multinational conglomerate Entertainment One- the production arm of toymaker Hasbro, is aiming to produce ‘Transformer’, ‘My Little Pony’ animation series and aiming to air it on the video streaming platform giant- Netflix and Nickelodeon.
According to The Hollywood Reporter, the entertainment studio has decided to land the new ‘Transformers’ animation series at both Nickelodeon and Netflix. Entertainment One is also producing ‘My Little Pony’ which is set for a release on the streamer later this year.
Sources reported that the entertainment studio is targeting younger audiences for the new series.
The show comes from executive producers Ant Ward (Rise of the Teenage Mutant Ninja Turtles) and Nicole Dubuc (Transformers: Rescue Bots) and developer and co-exec producer Dale Malinowski.
The series will be based on new species of ‘Transformers’ who are looking for their place among the Autobots, Decepticons and the human family that adopts them.
Nickelodeon Animation president, Ramsey Naito said, “As soon as I read the creative concept, which at its core is about family, I knew we absolutely had to tell this story with our good friends at eOne and Hasbro.
“The series will tell a reimagined story featuring both original characters and fan-favourites for a whole new generation of kids and families. The creative team at Nick, overseen by Claudia Spinelli, senior VP animation development, can’t wait to get started on building this new world.”
As per The Hollywood Reporter, Netflix has ordered 20 episodes of ‘Transformers: BotBots’, based on the toy line of the same name.
Olivier Dumont, president of family brands at Eone said in an official statement that,”We are delighted to partner with Netflix to bring an all-new Transformers story to life and explore a whole new universe with BotBots,”
“Transformers storytelling has expanded into so many new avenues, and we can’t wait to surprise both existing fans and new fans coming to the franchise for the first time with these fun bots who are definitely more than meets the eye,” he added.
‘Transformers: BotBots’ is reportedly, the second original animated series in the franchise to land on Netflix, following the anime-inspired ‘Transformers: War for Cybertron’. The streamer also carries several other animated shows in the franchise.
Whereas, ‘My Little Pony’ series will expand on the occasions of the film, wherein the pony world of Equestria loses its wizardry. The show will follow the further adventures of Sunny Starscout, an optimistic Earth Pony, and her companions.
Meanwhile, the studio is also looking forward to acquiring the kid’s favourite shows like ‘PJ Masks’ and ‘Peppa Pig’. (ANI) 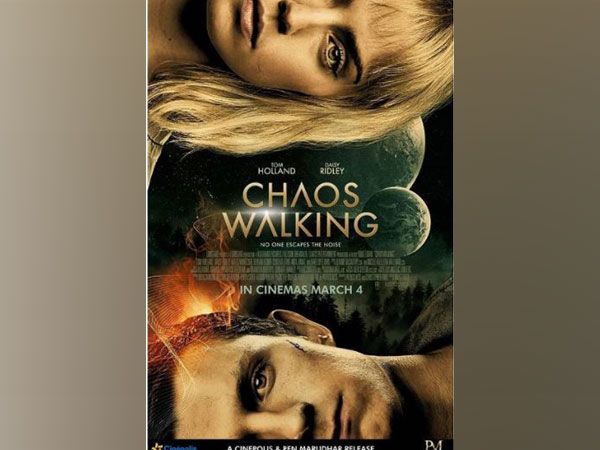 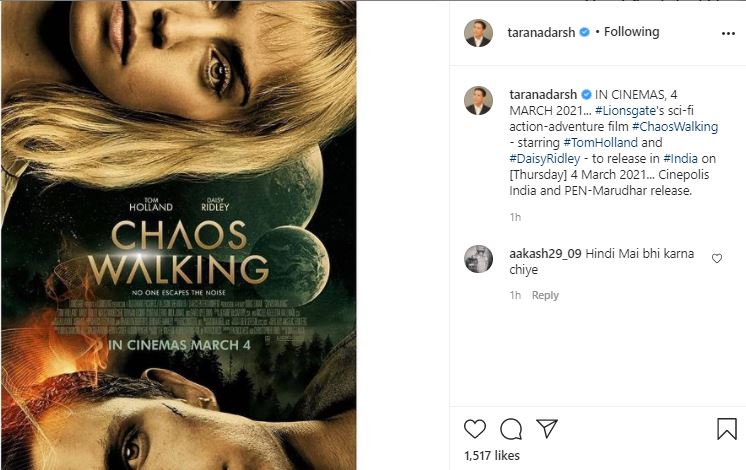 The flick will also feature American pop star Nick Jonas in a pivotal role.
Helmed by Doug Liman, ‘Chaos Walking’ is an American science fiction action-adventure film based on the sci-fi trilogy Chaos Walking, adapting its first book, 2008’s ‘The Knife of Never Letting Go’ by Ness. The screenplay has been written by Patrick Ness and Christopher Ford.
The story revolves around a tragic reality where there are no women and all living creatures can hear each other’s thoughts in a surge of pictures, words, and sounds called Noise. (ANI)

‘G.I. Joe’ live-action series focused on lady Jaye in the Works at Amazon 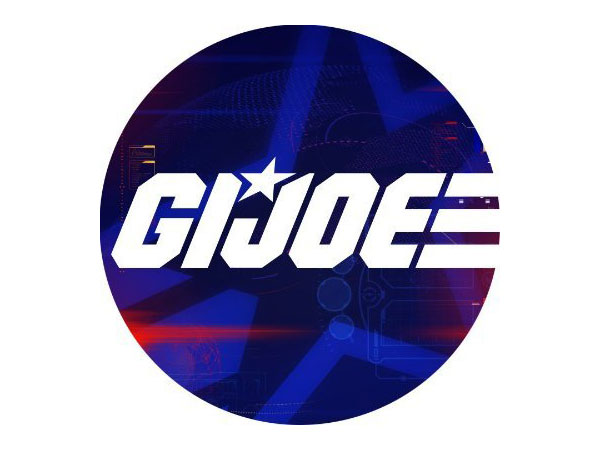 Washington [US], February 26 (ANI): The fans of the much-loved science fiction action series – ‘G.I. Joe’ now have a reason to rejoice as a live-action ‘G.I. Joe’ TV series is in the works at Amazon, confirmed Variety on Friday.
The outlet reported that the series will be a standalone story centered around ‘G.I. Joe’ undercover operative, Lady Jaye, with the series also connecting to the larger ‘G.I. Joe’ universe. The series hails from Paramount Television Studios, eOne, and Skydance Television.
Erik Oleson created the series and will serve as showrunner and executive producer. Lorenzo DiBonaventura will also serve as an executive producer.
Per Variety, Oleson is currently the show-runner and executive producer on the second season of Amazon’s ‘Carnival Row.’ He was also the head writer and executive producer of Amazon’s ‘The Man in the High Castle’ and was previously the show-runner and executive producer on ‘Daredevil’ Season 3 at Netflix. He will work on the ‘G.I. Joe’ series as part of his overall deal with Amazon.
The series started out as a line of popular figures by The Hasbro toys, which then expanded into other media, including an animated series in the 1980s.
There was also a series of animated films set in the ‘G. I Joe’ universe released over the years.
Most recently, the franchise was revived with a pair of live-action films. The first, ‘ G.I. Joe: The Rise of Cobra,’ was released in 2009 and starred Channing Tatum, Ray Park, Christopher Eccleston, and Joseph Gordon Levitt. A sequel, ‘G.I. Joe: Retaliation’ was released in 2013. Dwayne Johnson joined the franchise as Roadblock in that film, with Adrianne Palicki taking on the role of Lady Jaye. (ANI) 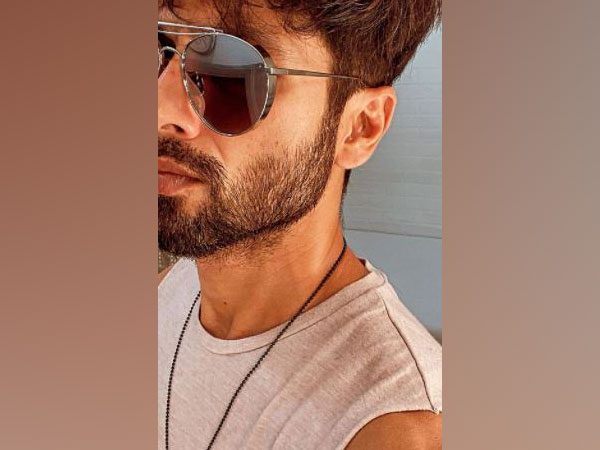 New Delhi [India], February 26 (ANI): Hoping that everybody had a good day, Bollywood’s handsome hunk Shahid Kapoor on Friday treated fans to a stunning close-up picture sporting his ‘Kabir Singh’ style aviators.
The ‘Ishq Vishk’ star took to Instagram and shared a selfie in which the actor can be seen showcasing his chiselled jawline with a well-groomed beard.
In the picture, the ‘Padmaavat’ star looks stunning as he sports a grey vest, and accessorised his look with the ‘Kabir Singh’ styled aviator glasses. 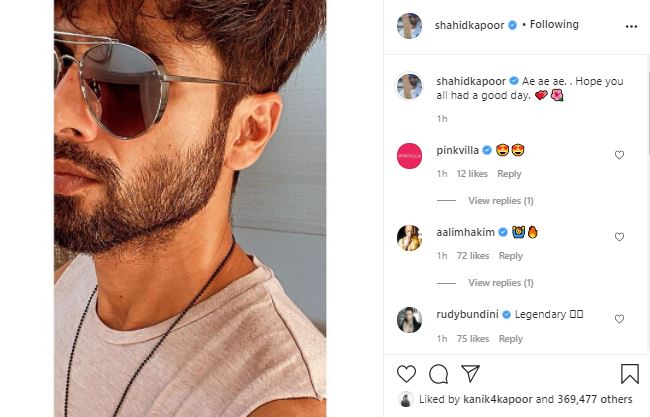 With the post hitting the photo-sharing platform, it garnered more than 3 lakh likes and many adorable comments from his fans within a few minutes of being posted.
This picture marks the first post of Shahid on social media after the actor ringed in his 40th birthday on Thursday. Scores of Bollywood stars including Kiara Advani, Anushka Sharma, Sonam Kapoor, Vicky Kaushal and many more celebrated the star’s birthday by sending him good wishes on social media.
Meanwhile, on the professional front, Shahid, who had started his acting career with romantic movies, has been taking up intense roles in the past years. Lately, he has starred in movies like ‘Haider’, ‘Udta Punjab’, ‘Rangoon’, and others, which highlighted his versatility as an actor.
Kapoor will be next seen in the remake of the sports film ‘Jersey’. The 39-year-old star will be seen essaying the role of a cricket player in the movie. He had recently wrapped up shooting for it. It also features actors Mrunal Thakur and Pankaj Kapur, among others.
He is also set to star in filmmakers Raj and DK’s upcoming OTT project which will also feature actor Raashi Khanna. (ANI) 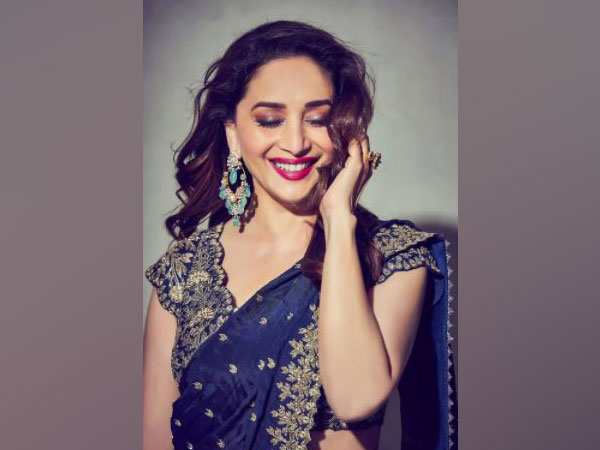 Mumbai (Maharashtra) [India], February 26 (ANI): Personifying beauty dressed in a traditional avatar, Bollywood’s ageless beauty Madhuri Dixit Nene on Friday treated fans to stunning all smiles pictures.
The ‘Devdas’ actor hopped on to Instagram and shared some beautiful pictures posing in traditional attire.
The pictures featured in the post see Madhuri sporting an ink blue saree with accentuated designs towards the plates. With her luscious locks open, the actor mesmerised with a minimum make-up look, the actor accessorised her glamorous avatar with heavy diamond and stone studded earrings.
The ‘Hum Aapke Hain Koun’ star’s million-dollar smile seemed enough to make the fan’s heart skip a beat.
Taking to the caption, the ‘Dil Toh Pagal Hai’ star captioned the post as, “Blue hue,” and added a blue heart.
Celebrity followers including Lara Dutta Bhupathi and more than 1.9 million fans liked the post with scores of them leaving adorable comments.
Nora Fatehi left heart eyes and smiley face emoticon while others left heart and fire emoticons over the post.
Quite an active social media user, the ‘Dil’ star keeps on sharing intriguing videos and photos over the platform. Earlier, the ‘Dhak-Dhak’ girl of Bollywood treated fans to a dreamy picture of herself and termed smiling a ‘superpower’. (ANI) 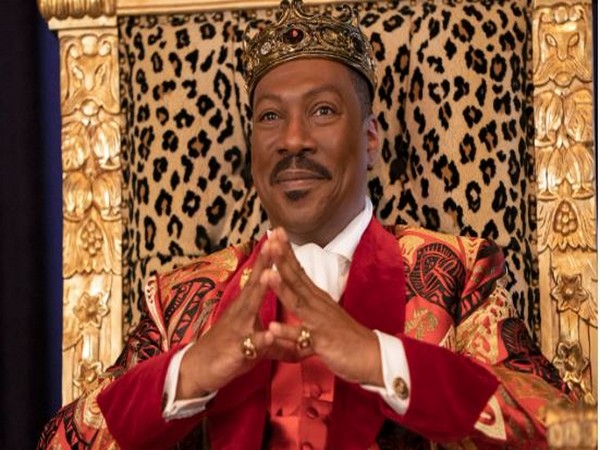 Washington [US], February 26 (ANI): ‘Coming 2 America’, – the sequel film, starring Eddie Murphy and Arsenio Hall, will be screened to 200 cars at Flushing Meadows Corona Park on March 5, the same day it begins streaming on Amazon Prime, according to multiple outlets.
“Coming to America is the quintessential, iconic Queens film, and we are beyond thrilled to host one of the only screenings of its sequel, Coming 2 America, right here in the film’s backyard,” said Queens Borough President Donovan Richards Jr in a press release, reported People Magazine.
The 6:30 p.m. EST screening will include free food and merchandise from Amazon Studios. Tickets are free with an RSVP but already sold out, Deadline reported.
As reported by People Magazine, due to the ongoing COVID-19 pandemic and the shuttering of movie theaters in most states, drive-in theaters experienced a surge in popularity during last year. At the Queens Drive-In, premieres and special screenings were held in 2020 for films like ‘Borat’, ‘Freaky’, and ‘One Night in Miami’. Screenings at the venue are set to continue through June.
The follow-up to the original 1988 film ‘Coming to America’, ‘Coming 2 America’ will see the 59-year-old actor Eddie, reprise his role of Prince Akeem, and Hall, as his best friend Semmi. The sequel film finds Akeem traveling back to America to find his long-lost son, a Queens native named Lavelle (Jermaine Fowler).
As reported by People Magazine, Bella Murphy, the Oscar nominee’s 19-year-old daughter, also appears in the sequel. On Wednesday, the teen spoke to ‘Good Morning America’ about the first time she saw her dad’s beloved film.
“I think when I watched it the first time, I was really young and it was the first time I had seen Black royalty on the screen, and on top of it it was my dad, so that was really cool for me and very empowering,” said Bella.
As per People Magazine, Eddie added that Bella, who he shares with ex-wife Nicole Mitchell, did not receive special treatment to star in the film. “She had to audition for Craig Brewer, who directed. I was not muscling my kid into the movie, she had to really be able to deliver, otherwise she would not have gotten the role,” he told ‘Good Morning America’.
‘Coming 2 America’ is available to stream on March 5 on Amazon Prime Video. (ANI)