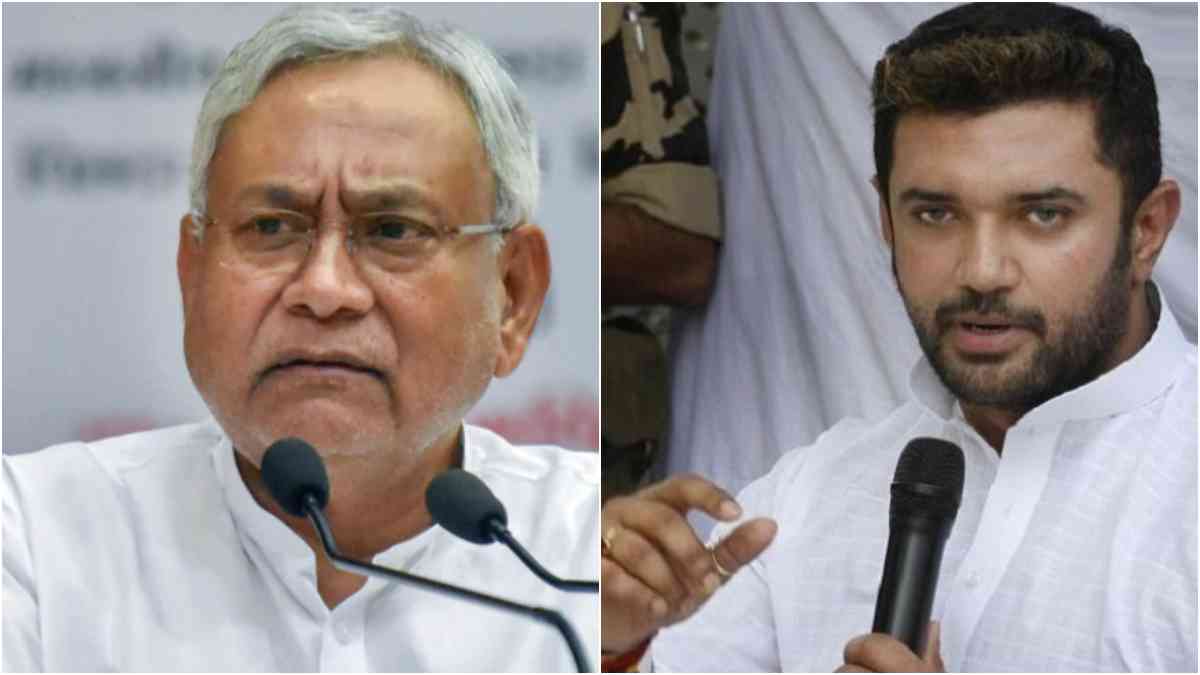 Bihar Chief Minister Nitish Kumar has conveyed his displeasure regarding LJP leader Chirag Paswan to the BJP top brass. Highly placed sources reveal that Paswan, who has been firing salvos at Kumar has attracted the wrath of the reigning CM.

Relations between the JDU and the LJP have deteriorated with both parties using the public platform to attack each other frequently. The BJP however, has preferred to maintain a stoic silence on the whole issue, conveniently choosing not to take sides. The BJP leadership is considering the fight between the two alliance partners within the NDA as “mere posturing for better bargaining”.

It all began with the “Bihar first Bihari first” yatra of Chirag Paswan where he expressed his support for the contractual teachers in the state who were holding an agitation against the Bihar CM. He similarly expressed his concern on the issue of “Daroga Bahali” in the state. Subsequently Paswan raised concern at the way the approach road of Sattar ghat Bridge in Gopalganj got washed away within less than a month of being inaugurated by the Bihar Chief minister.

Points of difference also came to the fore in the way the state handled the issue of returning migrant labour and the present health crisis caused by Covid-19.

The JDU leadership went in for offensive after finding themselves in the defensive position on the onslaught of Chirag Paswan.

The political arena in the state of Bihar is also rife with talks that apparently the Bihar CM wants Jeetan Ram Manjhi to join the NDA camp.

Even Jeetan Ram Manjhi has been warming up to the Bihar Chief minister in recent times after being marginalised within the Mahagathbandhan.

It is believed that JDU wants Manjhi to replace Chirag Paswan within the NDA.

The displeasure has been conveyed to the BJP top brass but the BJP is undisturbed as it knows it’s not in a position to either alienate LJP or Nitish Kumar at this stage. That’s the reason why the BJP is following the wait and watch policy.

Many consider the bickering between JDU and the LJP as a political posturing just aimed at wrestling maximum number of seats in the forthcoming assembly elections in the state.

Jagan’s OBC pitch: Every Andhra caste to have a corporation