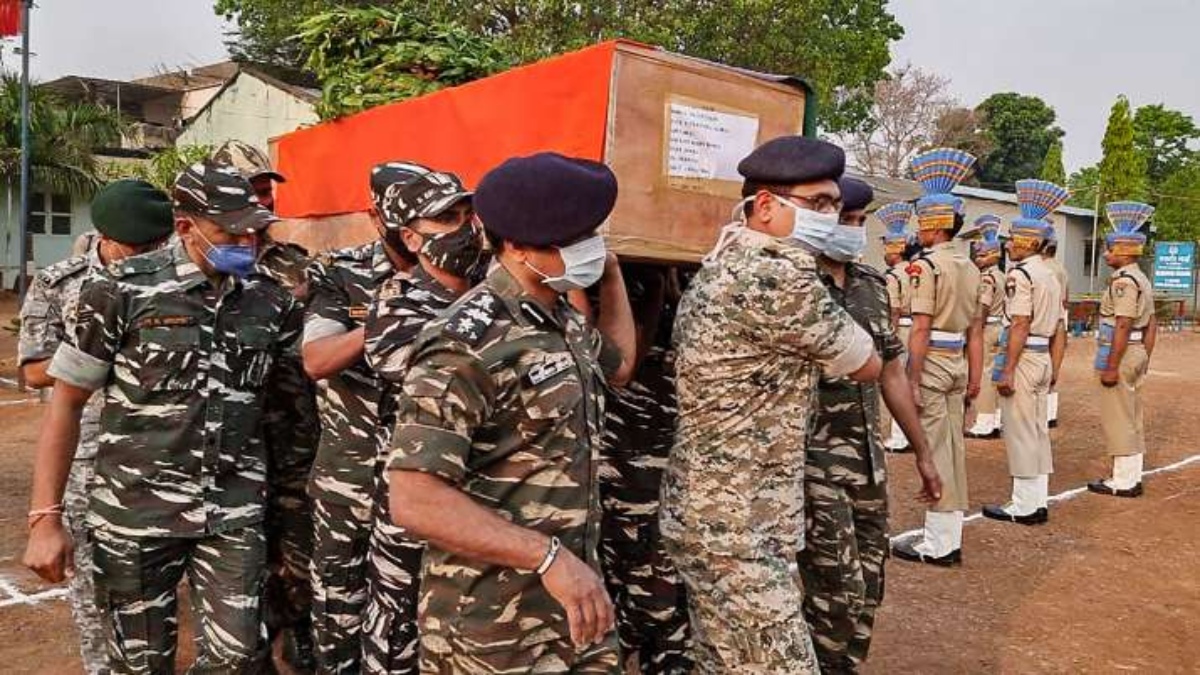 Maoists, who attacked and ambushed security force personnel in Chhattisgarh’s Sukma on Saturday, first targeted officers leading the operation against them which led to some coordination issues, sources said. They also said that the helicopter was requisitioned by security force personnel when they saw heavy firing from Maoists but it could not land in its first attempt. It landed at a designated area around 4 pm on Saturday which helped the rescue operation.

Sources said senior CRPF officers including Inspector General (IG) (Operations) and Additional Director General (ADG) had gone to Chhattisgarh from Delhi to plan a big operation in the second week of March after the forces got input about the location of Madvi Hidma, a top Maoist of banned CPI(Maoist), around Bijapur-Sukma border area.

Top officers of CRPF as well as local police along with senior Security advisor of MHA K. Vijay Kumar spent weeks in Chhattisgarh to plan the operation.

The officer, who led the operation was second in command (2IC) of a battalion, and he has been injured in heaving firing by Naxals. A deputy commandant of CRPF got severely injured in the operation.

From the DRG (District Reserve Guard), a sub-inspector-level official headed the team and it suffered the maximum casualties.

The operation started on 2 April night with the participation of almost 400 personnel of central and state police forces. They walked for almost 20 kilometres late at night on 2 April and were exhausted by the next morning as they reached an open area. Sources said that Naxals, who were following them from several kilometres, started firing at them at around 10 am on 3 April.

“After seeing very heavy firing, the first panic call was made around 10 am to send a helicopter for rescue and reinforcement. But the chopper couldn’t get a place to land and left. Around 4 pm, the chopper came again and it managed to land at a predefined place which helped in rescue operations,” a senior CRPF official told ANI.

“Coordination was an issue since senior-most level DRG official was targeted by Maoists initially during the attack. At the beginning of the encounter, Maoists targeted seniormost officers of the forces which caused coordination issues,” a source said.

Sources also said there is a possibility that Maoists may have got inputs about the movement of security force personnel from locals.

Maoists, who were following troops, targeted them at a place where they had domination. Sources also hinted that locals also played a role in helping the Maoists but it is yet to be established.

MP Nathanael, a former IG of CRPF, said there was a failure at the planning stage. “There are certainly lapses at the level of planning. This operation could have planned keeping in mind heat and other topographical factors,” he said.

Security personnel were ambushed near Jonnaguda village around noon in the encounter that broke out between security forces and Naxals along the Sukma-Bijapur border. At least 22 security personnel lost their lives in the attack. Around 31 sustained injuries in the encounter, Chhattisgarh Police said. Director-General of Central Reserve Police Force (CRPF) Kuldiep Singh, who is in Chhattisgarh to monitor the situation following the attack, on Sunday said that there was no intelligence or operational failure in the operation. ANI

Kejriwal urges PM to do away with vaccination age limit