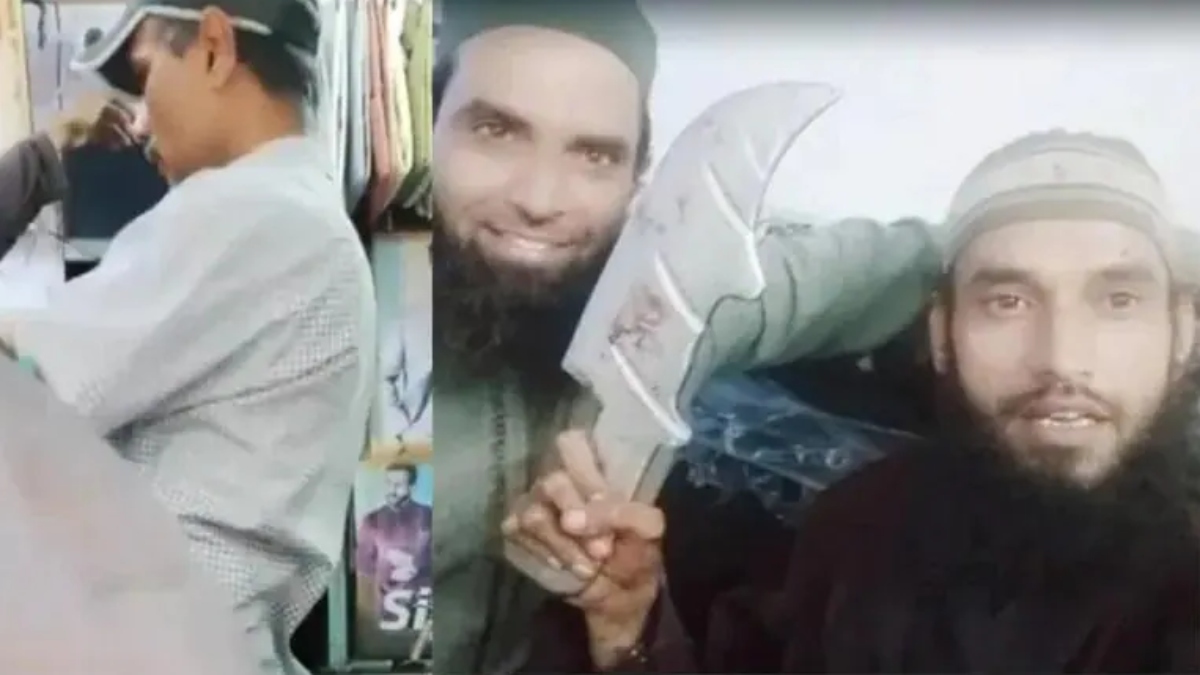 A man, who shared a social media post in support of BJP leader Nupur Sharma a few days ago, was on Tuesday beheaded by two men in broad daylight in Udaipur’s Maldas street area. Soon after the beheading, the men posted a video on social media boasting about the gruesome incident. The men threatened PM Narendra Modi’s life as well.

One of the assailants, who was identified as Riyaz Akhtar, attacked Kanhaiya Lal, a tailor, with a sharp-edged weapon while the other, Ghos Mohammad, recorded the crime on his mobile phone, police said.

Locals protested after the incident that took place in broad daylight. Shops in Maldas street area of Udaipur have been closed following the incident.

Internet services have been suspended for 24 hours in Udaipur and a curfew has been imposed under Section 144 in several areas including Dhanmandi, Ghantaghar, Hathipol, Ambamata, Surajpol, Bhupalpura and Savina.

A statewide alert has also been issued to all SPs & IGs to increase the mobility of forces and to maintain officers on the ground. Two ADGPs from Jaipur, one more SP and 600 additional police force have been sent to Udaipur.

Meanwhile, the ministry of home affairs dispatched a team of officials from the National Investigation Agency to Udaipur.

The incident might be probed as a terror case. Udaipur Superintendent of Police Manoj Kumar Choudhary said few accused have been identified and a thorough probe will be conducted.

“A heinous murder has been committed and a thorough investigation will be conducted into the incident. Few accused have been identified. Police teams have been constituted to locate the accused. We will take action on the video of men claiming to have committed the act,” Choudhary said.

“I appeal to all to maintain peace and law and order. The affected family will be provided help from the government. Stringent action will be taken against the accused,” he said.

Chief Minister Ashok Gehlot promised the strictest action against the culprits and said the police will go to the bottom of the matter.

“I condemn the heinous murder of youth in Udaipur. Strict action will be taken against all the criminals involved in this incident and the police will go to the bottom of the crime. I appeal to all parties to maintain peace. Strictest punishment will be given to every person involved in such heinous crime,” he said.

After the arrest of the accused, Gehlot reiterated his appeal for peace while stating that his administration would ensure a speedy investigation and that the criminals would be punished severely in the court.

Governor Kalraj Mishra also appealed to the public to maintain peace and communal harmony and said that the district administration has been directed to take strict action against the culprits.