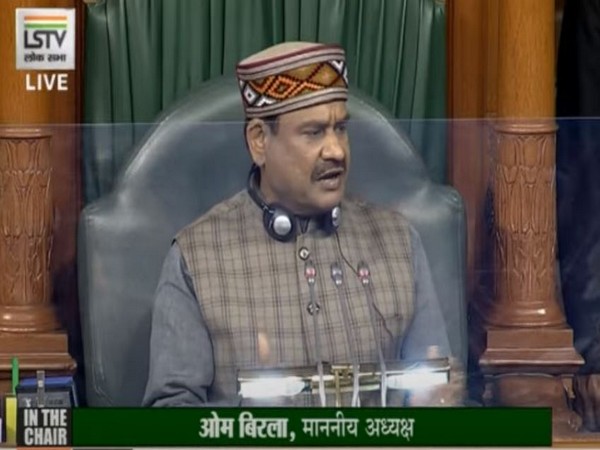 New Delhi [India], February 12 (ANI): Lok Sabha Speaker Om Birla on Thursday expressed his disapproval over the move of Congress leader Rahul Gandhi of leading Congress members to stand in silence briefly over deaths of farmers during the agitation against farm laws and said the Chair should be consulted on any such proposal.
Birla said the members had given him the responsibility to run the House and they should not arbitrarily take a decision about proceedings.
“This kind of behaviour in the House is not right. It is not dignified,” he said.
He said members have a proposal, they should give it in writing on which consultations can be held.
Gandhi, who slammed the farm laws, said at the end of his speech that he will not comment on the Union Budget.
He said “200 farmers” had died during the protest and alleged that the “government has not paid tributes to them”.
He then led members of Congress and some other parties to observe brief silence. (ANI) 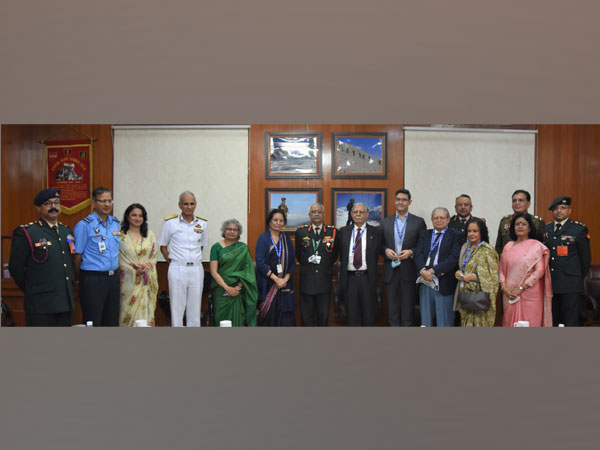 New Delhi [India], March 1 (ANI): The Directorate of Indian Army Veterans (DIAV) and Veena Nayyar, wife of Late Vice Admiral KK Nayyar, former Vice Chief of Naval Staff signed a Memorandum of Understanding (MoU) to pledge Rs 2 crore for welfare schemes run by the Army, Navy and Air Force.
According to an official release, Nayyar presented a cheque of Rs 2 Crore to three services which was received by Admiral Karambir Singh, Chief of the Naval Staff, Gen MM Naravane, Chief of the Ar my Staff and Air Marshall VPS Rana, Air Officer In Charge of Administration at Army Headquarters, New Delhi.
The main objective of the MoU is to facilitate various welfare schemes instituted for the next of kins of fallen service personnel. The welfare schemes include Education Scholarships and Computer Grant forwards and widows of deceased service personnel, Grant for Higher Education of widows and Marriage grant for widows and daughters.
The Chief of the Naval Staff and the Chief of the Army Staff conveyed their gratitude to Nayyar for her benevolent contribution to the three services and said that her noble gesture would support more than one lakh widows and wards in leading a respectful life.
DIAV is one of the primary organisations of the Indian Army which looks after the Rehabilitation and Welfare of the families of Service personnel who have died in harness. DIAV has disbursed approximately Rs 86 crore to about 76,000 beneficiaries over the past 20 years towards various welfare schemes, according to the release.
Lt Gen Harsha Gupta, Adjutant General and Veena Naravane, President Army Wives Welfare Association and Sudha Gupta, General Secretary, Army Wives Welfare Association were also present on the occasion. (ANI)

IMA urges Centre to provide free COVID-19 vaccines to all 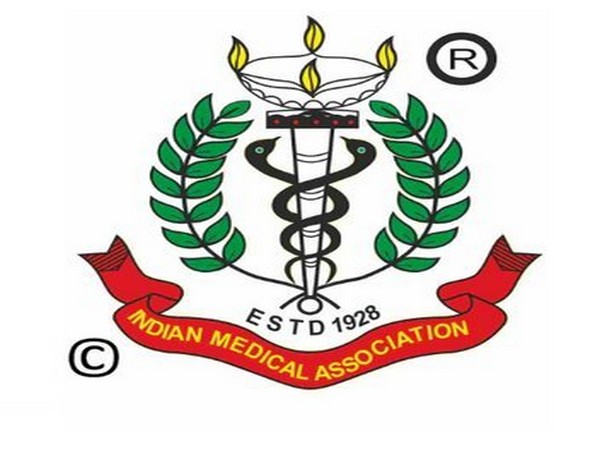 New Delhi [India], March 1 (ANI): The Indian Medical Association (IMA) on Monday requested the Central government to provide COVID-19 vaccination free of cost to healthcare workers (HCWs) and people of the country.
In an official release, the IMA said: “Vaccination is an effective way of protecting people against harmful diseases. We request the Government of India to make the online vaccination portal more people friendly. We also request to provide the COVID-19 vaccination free of cost to the HCWs and people of the country.”
The IMA also congratulated Prime Minister Narendra Modi for taking the first jab of coronavirus vaccine today.
“Indian Medical Association stands with our Prime Minister and the government for this mass COVID-19 vaccination drive,” the association further said.
The second phase of the nationwide COVID-19 vaccination drive for age-appropriate population groups (people above 60 and those with comorbidities above 45) began on Monday with the Union Health Ministry calling out eligible people to get an appointment at respective hospitals in the country.
Earlier on Monday morning, Prime Minister Modi took the first dose of Covaxin, India’s homegrown coronavirus vaccine developed by biotechnology firm Bharat Biotech and the Indian Council of Medical Research (ICMR).
Soon after receiving the first dose of the vaccine at AIIMS Delhi, he tweeted, “Took my first dose of the COVID-19 vaccine at AIIMS.” (ANI) 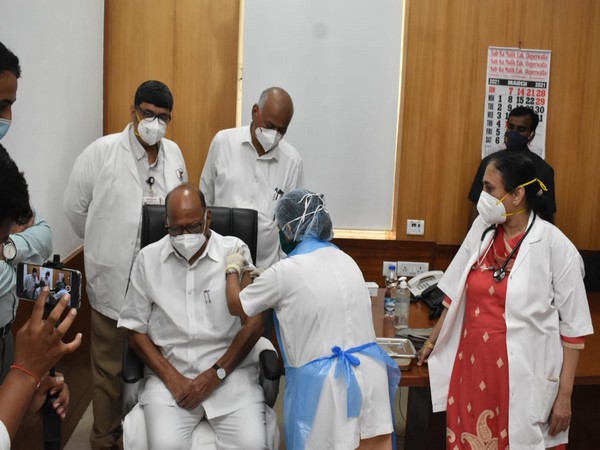 Mumbai (Maharashtra) [India], March 1 (ANI): Nationalist Congress Party Chief, Sharad Pawar was administered the first dose of Covid-19 vaccine on Monday.
“I took my first dose of the Covid-19 vaccine in Sir J. J. Hospital, Mumbai today. To strengthen the vaccination drive, I appeal to all those who are eligible to take the vaccine and join the fight against corona virus,” Sharad Pawar said in a tweet.
India commenced its third phase of the Covid-19 vaccination drive to inoculate people above 60 years and those over 45 with comorbidities against the coronavirus from March 1, the Central government has announced on February 25.
The eligible beneficiaries who are entitled to receive the Covid-19 vaccine from March 1, were able to register themselves on the Co-WIN platform from Monday onwards. The
Central government has created the Co-WIN application dedicated to monitor real-time management of Covid-19 vaccination across the country.
Maharashtra reported 6,397 new Covid-19 cases, 5,754 recoveries, and 30 deaths in the last 24 hours, as per the State Health Department today.
Amid a surge in coronavirus cases in the past few days, the Maharashtra government has imposed a lockdown in Amravati. (ANI) 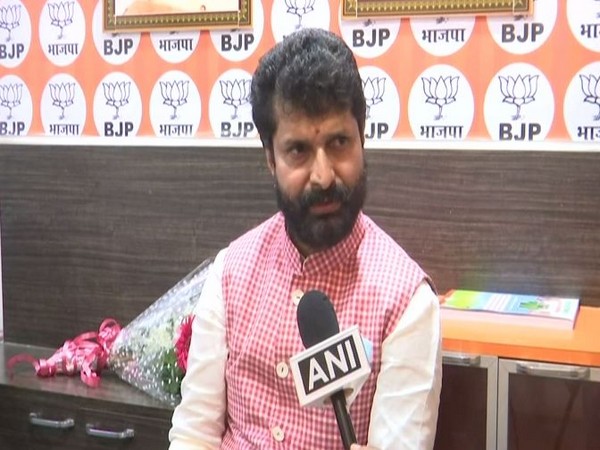 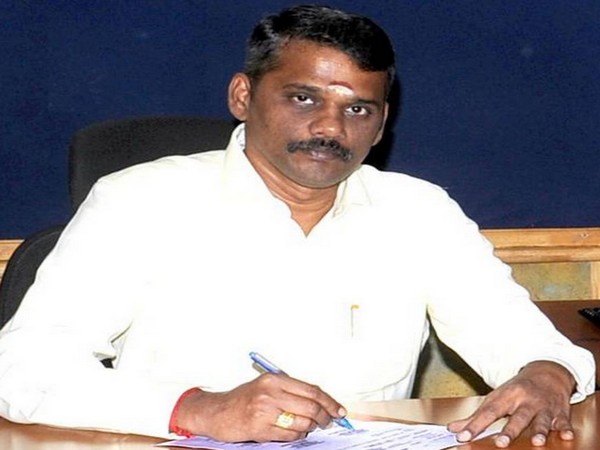 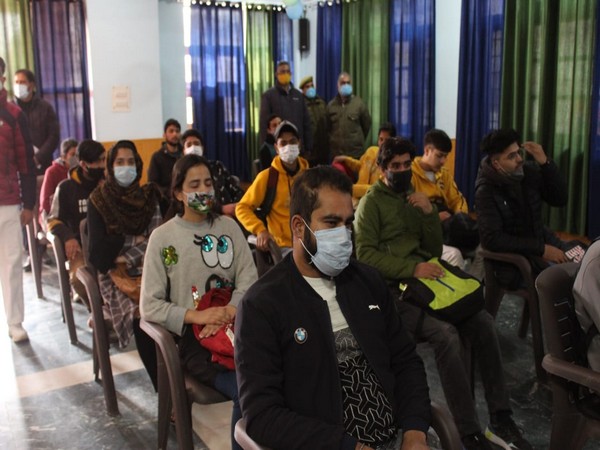 Srinagar (Jammu and Kashmir) [India], March 1 (ANI): A six-day skill development course organised by the Bombay Stock Exchange Institute Ltd (BIL) for the wards of police martyrs, personnel and students at Police Public School (PPS), Bemina, Srinagar was innagurated by , SJM Gillani, Additional DGP (Coordination), here on Monday.
The course is organised by BIL in pursuance of a Memorandum of Understanding (MoU) signed between Jammu and Kashmir Police and Bombay Stock Exchange (BSE) Institute Limited.
IGP Kashmir Vijay Kumar, DIG CKR Amit Kumar, SSP APCR Junaid Mehmood, SSP Javaid Ahmed Dar, AIG (Welfare/Comm) Police Headquarters (PHQ) Manoj Kumar, Sanjay Kumar and Rajesh Joisher, experts from BIL, Principal Police Public School, Bemina Shri Tazim Wahidi and other senior police officers and staff of PPS Bemina were present at the inaugural function.
Speaking on the occasion, Gillani said that police headquarters has been continuously focusing on the welfare measures for the NoKs of police martyrs, serving and retired personnel and their family members.
He said that on the directions and personal interests of Director General of Police (DGP) J&K, an MoU was signed between J&K Police and BSE under which BIL institute is providing skilling development courses for the wards of martyrs, serving, retired police personnel.
Highlighting the importance of such skilled training courses in today’s modern times, he added that this programme is an effort to provide skilled training to these wards to increase their employability. The ADGP also advised the trainees to take full advantage of this opportunity and change lives for the better, while promising that more such courses will be organized in the future.
Further during the occasion, AIG (Welfare/Comm) Manoj Kumar said that the MoU with BSE is an effort to provide expertise to the wards of police personnel in the insurance and financial sectors. These short courses will expand the opportunities for the trainees in different fields.
Sanjay Kumar, an expert from BIL Institute, said that during the course, the trainees will be educated about the insurance and financial sectors and added that it will help them to get better jobs in the future. At the end of the course, the trainees will be given the certificates, and will be registered as Point of Sales Persons (PoSP) and will be able to sell insurance products and start earning from them.
The six-day programme is focused on enhancing the skills of the trainees and provides them an insight into the current scenario of insurance and financial markets which will help them to choose their profession in these fields. (ANI)