LOOK FORWARD TO EVERYTHING THAT THE FUTURE HOLDS: ROHIT SARAF - The Daily Guardian

Meghan Markle says there were ‘conversations’ about Archie’s skin colour 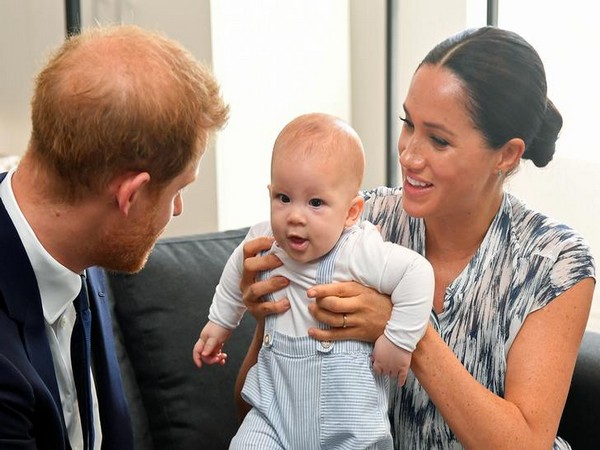 Washington [US], March 8 (ANI): In an interview with American talk show Oprah Winfrey, Meghan Markle revealed that members of the British royal family expressed concern to her husband Prince Harry about the potential skin colour of the couple’s first child.
As per People magazine, Meghan said that her son Archie was denied a royal title and royal protection and that there were “concerns and conversations about how dark his skin might be when he is born.”
In her sit-down interview with Oprah, which is aired on Sunday, Meghan said the palace decreed that Archie would not have any title, a move she says was “different from the protocol.”
“They didn’t want him to be a prince . . . which would be different from protocol, and that he wasn’t going to receive security,” the Duchess of Sussex told Oprah.
She added, “we have in tandem the conversation of, ‘He won’t be given security. He’s not going to be given a title.’ And also concerns and conversations about how dark his skin might be when he’s born.”
An astonished Oprah asked Meghan who made that comment, with the ‘Suits’ actor declining to answer, saying the revelation would be too damaging.
Regarding the conversations, which Meghan was not part of, Oprah asked, “Because they were concerned that if he were too brown, that that would be a problem? Are you saying that?”
Meghan responded, “I wasn’t able to follow up with why, but that–if that’s the assumption you’re making, I think that feels like a pretty safe one, which was really hard to understand, right?”
Later in the interview, Oprah pressed Harry on the issue, asking him who was behind the comment. “That conversation I’m never going to share. It was awkward. I was a bit shocked,” he said.
He also said that the conversation happened early in his romance with Meghan. “That was right at the beginning: What will the kids look like?'”
When Harry and Meghan were married in May 2018, Queen Elizabeth gave them the titles of Duke and Duchess of Sussex. Archie was entitled to the “courtesy title,” Earl of Dumbarton. However, the couple announced shortly after his birth that they had not given him a courtesy title and he would be known as Archie Mountbatten-Windsor.
Meghan stressed that she and Harry had no say in the decision about Archie not being named a prince. “It’s not our decision to make. Even though I have a lot of clarity with what comes with the titles, good and bad, and from my experience a lot of pain, I wouldn’t wish pain on my child, but that’s their birthright to then make a choice about,” she said.

Under current guidelines, great-grandchildren of the monarch are not princes or princesses, except for children of the eldest son of the Prince of Wales, which is why Prince William and Kate Middleton’s children are Prince George, Princess Charlotte, and Prince Louis.
Meghan and Harry’s CBS special with Oprah marked the couple’s first joint interview since their royal exit, which was recently made permanent. In the interview, the duo discussed the reasons behind their decision to step back from their royal duties, which they had first announced in January 2020.
‘Oprah With Meghan and Harry: A CBS Primetime Special’ aired on CBS on Sunday. The special was produced by Harpo Productions. Terry Wood and Tara Montgomery executive produced, along with co-executive producer Brian Piotrowicz. The special will be internationally distributed by ViacomCBS Global Distribution Group.
Meghan and Harry officially stepped down from their roles as senior royals last year. Since last summer, Meghan and Harry have been living with Archie in their new home in Southern California, not far from Oprah’s, near Santa Barbara.
Their interview with the former talk show queen and media mogul aired a month after Harry made a rare TV appearance on ‘The Late Late Show With James Corden’. Markle and Harry, who tied the knot in 2018, welcomed their first child, Archie Harrison, in May 2019. (ANI) 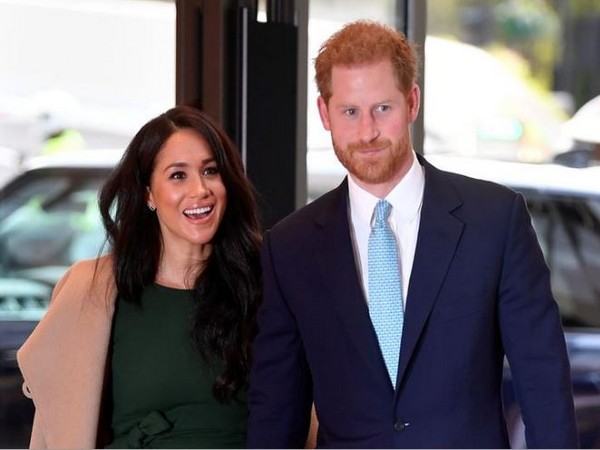 Washington [US], March 8 (ANI): Meghan Markle and Prince Harry are set to become proud parents to a little girl! The couple revealed the gender of their second child during their interview with American talk show host Oprah Winfrey on Sunday.
As per E! News, the Duke and Duchess of Sussex revealed that they are going to welcome a daughter, with Harry dropping the happy news when he joined his wife in the second half of the interview. Meghan added that their daughter is due in the “summertime.”
“To have a boy then a girl — what more can you ask for?” Harry candidly said. The couple also revealed that they will not have more children following their baby girl’s arrival: “Two is it.”
Prince Harry spoke about his feelings upon learning the baby is a girl, “Grateful, having any child, any one or a two would have been amazing, but to have a boy and then a girl . . . now we’ve got our family and we’ve got four of us.”
Meghan and Harry had announced their pregnancy news last month, with a stunning black-and-white photo that was taken remotely via iPad by their friend and longtime photographer, Misan Harriman. A smiling Harry looked lovingly at Meghan, who cradled her baby bump as she lay down in his lap.
The Duchess of Sussex wore a flowing dress by Carolina Herrera that was first made when she was pregnant with Archie. Meghan has a longtime rapport with the brand’s creative director, Wes Gordon.
The happy news, which they shared on Valentine’s Day, comes after Meghan revealed she suffered a miscarriage last July. “Losing a child means carrying an almost unbearable grief, experienced by many but talked about by few,” she wrote in a New York Times essay on November 25.
Meghan and Harry’s CBS special with Oprah marked the couple’s first joint interview since their royal exit, which was recently made permanent. In the interview, the duo discussed the reasons behind their decision to step back from their royal duties, which they had first announced in January 2020.
‘Oprah With Meghan and Harry: A CBS Primetime Special’ aired on CBS on Sunday. The special was produced by Harpo Productions. Terry Wood and Tara Montgomery executive produced, along with co-executive producer Brian Piotrowicz. The special will be internationally distributed by ViacomCBS Global Distribution Group.
Meghan and Harry officially stepped down from their roles as senior royals last year. Their desire to have a normal family life played a role in their groundbreaking decision.
Since last summer, Meghan and Harry have been living with Archie in their new home in Southern California, not far from Oprah’s, near Santa Barbara. Their interview with the former talk show queen and media mogul aired a month after Harry made a rare TV appearance on ‘The Late Late Show With James Corden’.
Markle and Harry, who tied the knot in 2018, welcomed their first son, Archie Harrison, in May 2019. (ANI)

New Delhi: Celebrating 7 years of her iconic film Queen, Bollywood actor Kangana Ranaut opened up online about how she thought that the movie would never release. She took to her Twitter handle on Sunday and shared with fans that she took the project on ‘for money’, and had never anticipated it would be successful. Kangana wrote, “After almost a decade long struggle i was told i am too good an actor to be a Bollywood leading lady, curly hair and vulnerable voice made it worse, i signed Queen thinking this will never release, signed it for money with that money i went to film school in New York.” She continued, “in New York, i studied screenwriting, directed a small film in California at the age of 24 which gave me a breakthrough in hollywood. After seeing my work a big agency hired me as a director, i buried all my acting ambitions, did not have the courage to return to india.” Revealing how she was looking forward to working in the US and had even bought a house in los Angeles, she added, “Queen released, changed my life and indian Cinema forever marked the Birth of a new leading lady and woman-centric parallel cinema.”

SONAKSHI TO MAKE HER DIGITAL DEBUT ON AMAZON PRIME 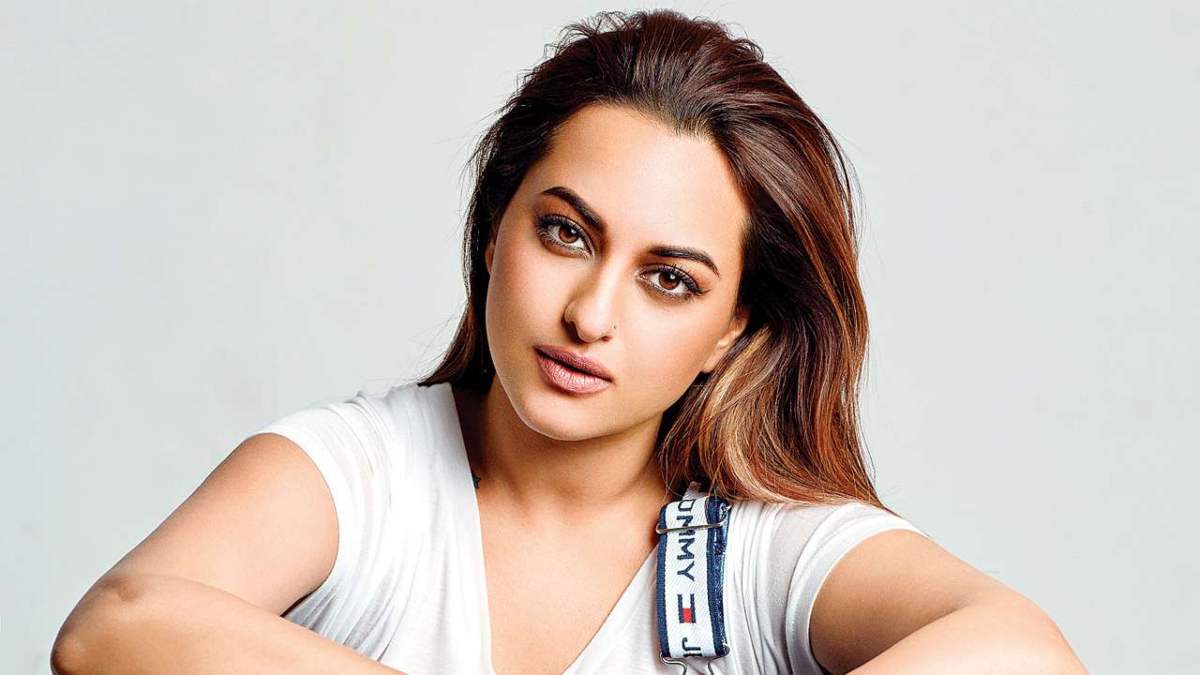 New Delhi: Bollywood actor Sonakshi Sinha is all set to make her digital debut with ace filmmaker Zoya Akhtar on Amazon Prime. Film critic and movie trade analyst Taran Adarsh confirmed the same on Twitter on Sunday. “SoNAKShi MAKeS heR DigiTAl DeBUT… #Firstlook of #SonakshiSinha in #Amazon’s new series [not titled yet]… Ritesh Sidhwani, Farhan Akhtar, Reema Kagti and Zoya Akhtar are the executive producers… Directed by Reema Kagti and Ruchika oberoi,” he tweeted. The Dabangg star and the Gully Boy film director also confirmed the same news on their social media accounts by posting the first look of Sonakshi as a cop from the untitled series. Alongside the post, the caption read, “There’s no limit to what women can accomplish. our collective belief in this has only been reinforced time and again. And on the eve of #womensDay, we’re taking things up a notch! Can’t wait for @aslisona to show us yet again how girls get it done! Coming soon, on @ primevideoiN”. 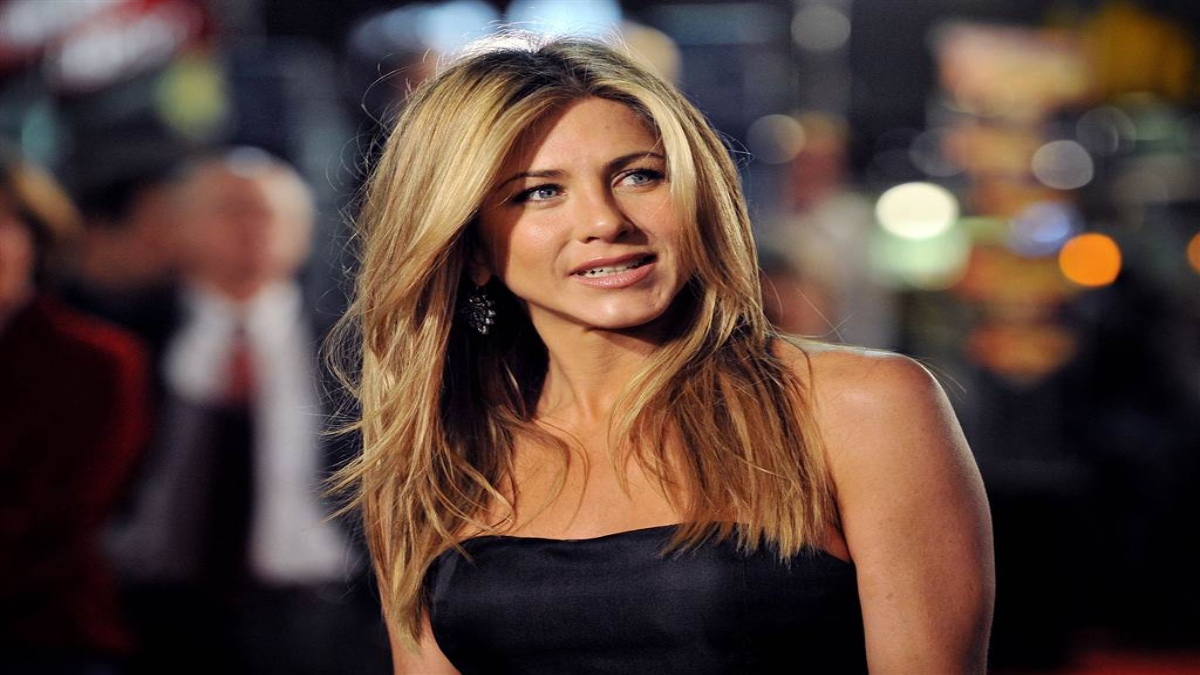 WASHINGTON: Actor Jennifer Aniston finally gave a little sneak peek into her decision of getting the magical number ‘11 11’ tattoo on the inside of her wrist. According to E! News, much of her fans have guessed that the numbers signify the birth date of the actor that is February 11 or a tribute to her beloved dog ‘Norman’ who died in 2011. According to a post shared by her friend Andrea on Aniston’s birthday, the predictions are rolling out to be close to the fact. To wish her bestie on February 11, Andrea wrote, “Can’t wait to celebrate and make more magical wishes! 11 11,” on Instagram along with a post that features both of them having the same tattoo. 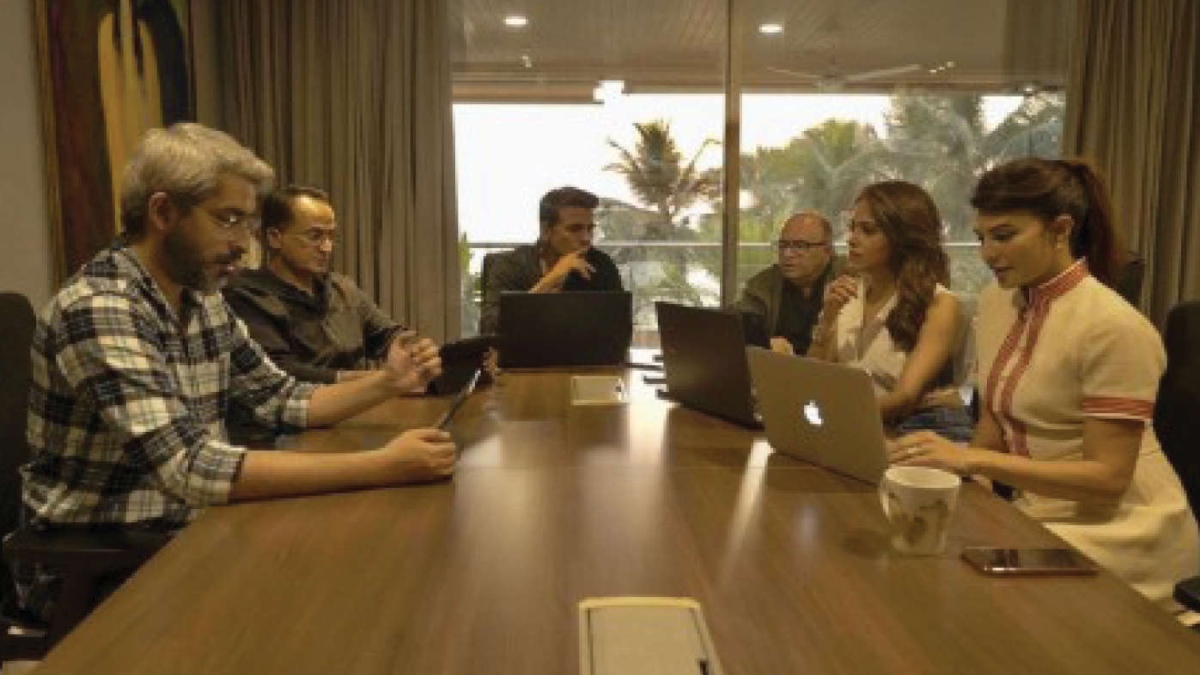 NEW DELHI: Akshay Kumar has finally begun work on his much-awaited film titled Ram Setu, on Saturday. Revealing the star cast of the film, the actor shared a new behind-the-scenes picture from his upcoming film, which shows him sitting with his co-stars Jacqueline Fernandez, Nushrat Bharucha, and other crew of director and producer at the script reading session of the film. The ‘Padman’ star captioned the post: “he team that preps together excels together! An extremely productive script reading session with the team of #RamSetu this evening. Can’t wait to begin filming this one.” Actor Akshay Kumar will be reportedly shooting for his next film Ram Setu in Uttar Pradesh’s holy city of Ayodhya.