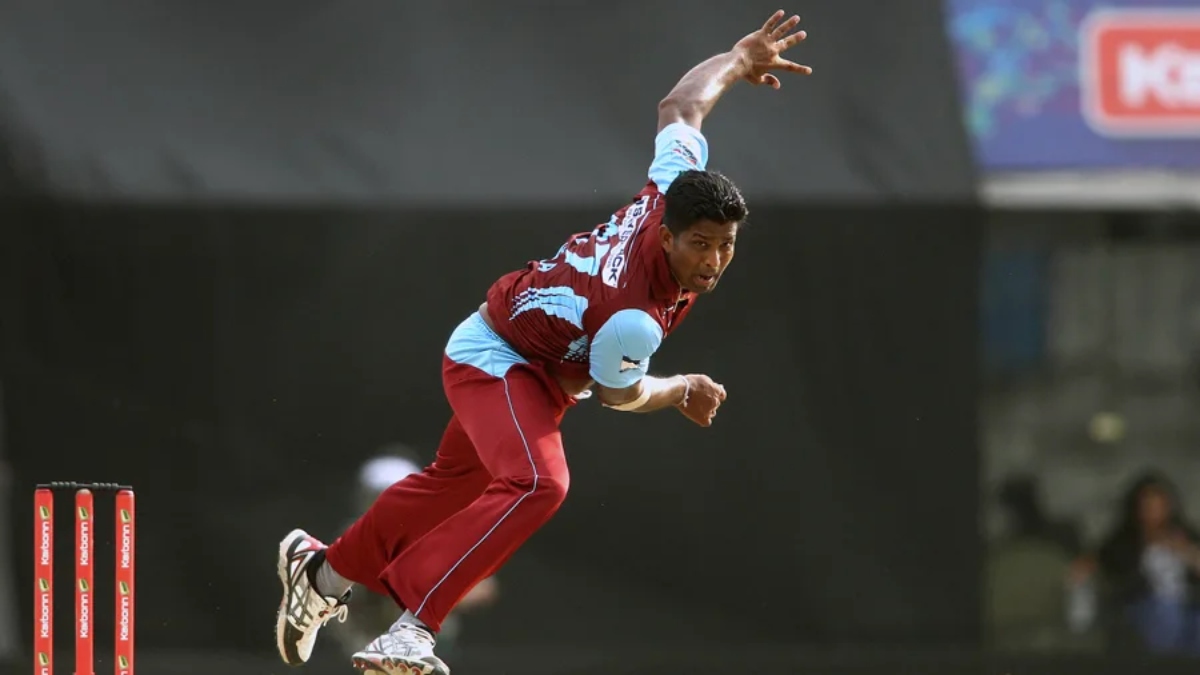 Lokuhettige, 40, who was charged under the ICC Anti-Corruption Code in November 2019, has been found guilty on all charges after he exercised his right to a hearing before a tribunal. He remains suspended and sanctions will follow in due course, said the ICC in its statement.

The ICC said that Lokuhettige “has been found guilty of: Article 2.1.1 – for being party to an agreement or effort to fix or contrive or otherwise influence improperly the result, progress, conduct or other aspect(s) of a match.

“Article 2.4.4 – Failing to disclose to the ACU full details of any approaches or invitations received to engage in corrupt conduct under the Code.” 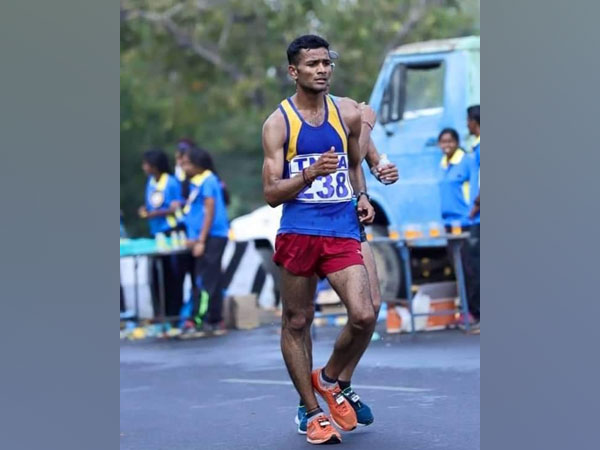 New Delhi [India], February 27 (ANI): Union Minister for Youth Affairs and Sports Kiren Rijiju on Saturday congratulated Rahul Rohilla on receiving a quota for the Tokyo Olympic Games in the Brisk Walk Race.
“Another hope of India in the Tokyo Olympics is Rohilla who has qualified in men’s 20 km race walk with a timing of 1:20:26. I am happy to felicitate and also assure full support during preparation for the Olympics,” tweeted Rijiju.
Rohilla had received the Olympics quota by winning the 20-km men’s race in 1 hour 20 minutes 26 seconds during the National Open Race Walking Competition held at Ranchi.
Earlier, while speaking to select media, Rijiju had said that he is highly optimistic about India’s chances in the upcoming Tokyo Olympics, adding that the contingent will make the country proud.
“Tokyo Olympics got postponed by one year, but the dates are the same. Because of Covid, the precautionary measures and protocols need to be regulated, every country is preparing for the Olympics. Tokyo Olympics would go ahead, there is no doubt about it. Olympics will go ahead and India will do well too,” Rijiju had said.
When asked about when the Tokyo-bound Olympics will be vaccinated, Rijiju had said: “COVID-19 vaccine is something that the Health Ministry needs to decide. It has already been decided that the vaccination drive needs to begin with Covid warriors. The doctors, nurses, medical team have to take care of everybody so they need to be safe first. The vaccination process has started for them and after that, the players and all will come. Covid warriors are the priority.”
“The athletes will be vaccinated before the Olympics. The Sports Ministry has decided that once COVID-19 warriors are vaccinated, then our priority is to vaccinate our athletes who are Tokyo Olympics-bound. Overall priority needs to be decided by the Health Ministry. Our Sports Ministry has already stated that we have a priority of vaccinating our athletes,” he had added. (ANI) 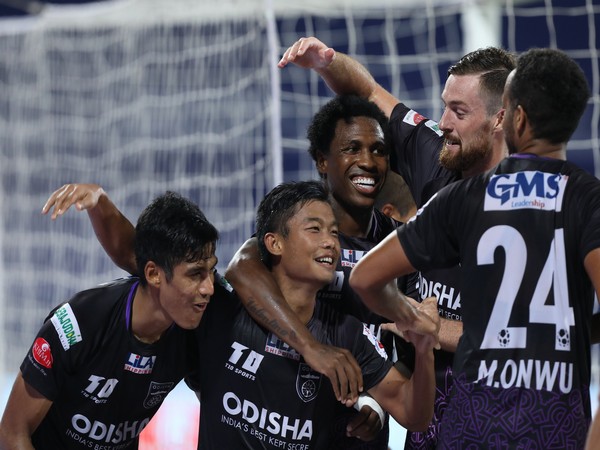 Panaji (Goa) [India], February 27 (ANI): With two teams, whose seasons were blighted by their failure to find a goal, taking on each other, fans would have been forgiven for expecting a cagey clash. Instead what they got was the all-time Indian Super League (ISL) record for the most goals in a match as Odisha FC beat SC East Bengal 6-5 at the GMC Bambolim Stadium on Saturday.
Doubles from two Indian youngsters Paul Ramfangzauva (49′, 66′) and Jerry Mawihmingthanga (51′, 67′) enabled Odisha to end the season on a high, with S Lalhrezuala (33′) and Diego Mauricio (69′) chipping in. Goals from Anthony Pilkington (24′), Aaron Joshua Holloway (60′, 90′), Jeje Lalpekhlua (74′), and an own goal from Ravi Kumar (37′) made up East Bengal’s tally.
East Bengal started brightly and scored first. Pilkington showed some great skill, striding forward into the box and unleashing a shot past Odisha keeper Ravi.
SCEB dominated play soon after the goal and it looked like Odisha was in for another long night. However, they managed to turn the narrative on its head when S Lalhrezuala found the net. The goal came from a corner that the East Bengal defence failed to deal with properly, something that has cost them all season.
But they were soon to retake the lead and the goal, which came just minutes later, was Odisha’s season in a nutshell. Their defence failed to clear a corner properly and the ball fell to Manuel Onwu near the goalline. His clearance, though, smacked keeper Ravi in the face and went right in.
East Bengal would carry the lead into the halftime break, but it would not last too long afterward. The equaliser was a magnificent individual effort from Ramfangzauva, who bent one in past SCEB keeper Subrata Paul. Then it was another Indian youngster’s turn to hand Odisha the lead, Jerry headed in Onwu’s well-crafted cross.
SCEB though weren’t behind for long and it was Holloway who found the net for them. His low shot from outside the box eluded Ravi and trickled into the goal after hitting the upright.
But Ramfangzauva was not done yet. After an Odisha shot was blocked at the edge of the box, the youngster got the ball and unleashed a shot that went through the legs of a couple of defenders before beating Subrata.
Jerry was not to be undone by his teammate though. A wonderful chipped pass from Mauricio found Jerry free in the box and the youngster smashed a shot past the hapless Subrata.
Any hopes of a SCEB comeback was quickly killed off by Mauricio, who converted a freekick, driving a low shot past Subrata. Odisha had scored three goals in three minutes — a remarkable turnaround!
There was still time for more drama as SCEB pulled one back. Jacques Maghoma found Pilkington at the far post and the latter squared it to Jeje, who scored his first Hero ISL goal in East Bengal colours. Holloway, then scored again in injury time, but it was too late for East Bengal. (ANI) 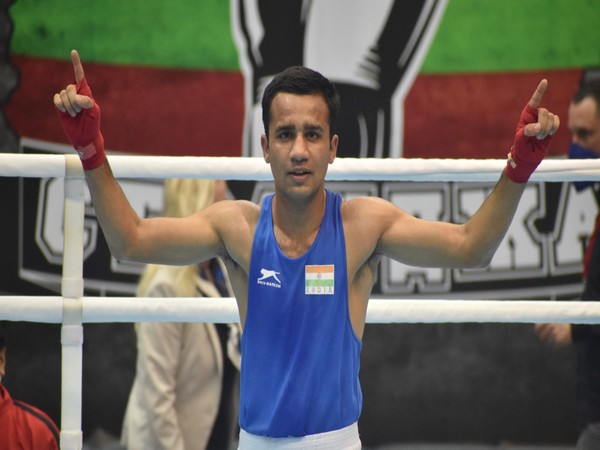 New Delhi [India], February 27 (ANI): Boxer Deepak Kumar on Saturday had to settle for a silver medal as he came up short in the finals of the Strandja Memorial Tournament.
Deepak came up short in the final face-off in a split decision against two-times European Champion and Bulgaria’s Daniel Asenov in the men’s flyweight final bout at the 72nd Strandja Memorial Tournament in Sofia, Bulgaria.
Deepak, who has been in terrific form as evidenced by his scintillating 4-1 victory against the reigning Olympic champion and World Champion, Shakhobidin Zoirov from Uzbekistan in the semis on Friday fell short in the final against the determined local boy Daniel Asenov, who won the bout 3-2.
Deepak started with a cautious approach and was exposed to some solid punches from his opponent in the first round. The boxer from Hisar looked to improve and up his attack and gave his all in the second round with some decisive punches landing on the opponent’s face. While Deepak showed controlled aggression, despite that Asenov held his ground.
An assertive and steady Deepak though put his all in the final round but the 2019 European Games silver medallist Daniel Asenov landed some clear punches in the dying minutes to win the bout 3-2 in a really close encounter.
“It is disappointing that I could not win the gold but these last few days have been nothing short of a dream come true. I was determined to make a mark in this tournament especially when I got an opportunity to play against a Champion opponent like Shakhobidin Zoirov in the semis. I am very happy that I could come out a winner. Though a lot of work still needs to be done and I will be focusing on it along with my coaches as I go return to India,” Deepak added.
This silver medal is also the 23-year-old Deepak’s maiden medal from this prestigious and Europe’s oldest tournament. He lost here in the first round last year.
Naveen Boora (69kg) was the other Indian to win a medal in the tournament as he ended his campaign with a Bronze medal in his first International outing for India.
On Friday, Deepak had produced a scintillating performance to cause a major upset at the 72nd Strandja Memorial Tournament in Sofia, Bulgaria as he defeated the reigning Olympic champion Uzbekistan’s Shakhobidin Zoirov in the men’s 52kg semi-final bout.
Showing great composure in the ring, the Asian Championship silver medallist Deepak produced one of the best performances of his career to clinch a thumping 4-1 win against the more fancied Zoirov, who had earlier clinched the 2019 World Championship title beating star Indian boxer Amit Panghal. (ANI) 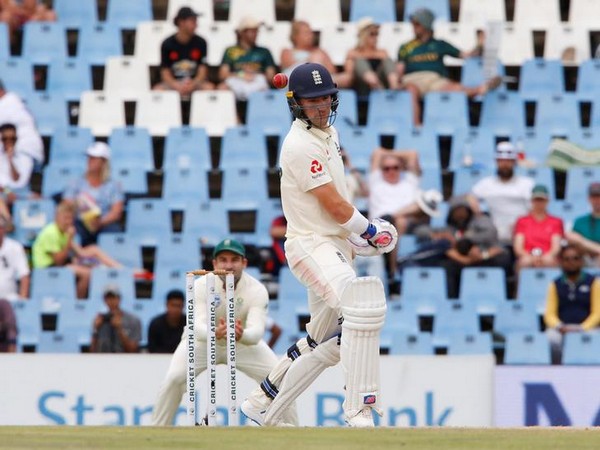 New Delhi [India], February 27 (ANI): England’s team management has not reprimanded opening batsman Rory Burns for the late-night tweet he sent out to women’s player Alex Hartley following the Three Lions’ defeat in the third Test against India at the Narendra Modi Stadium.
“Rory has not been reprimanded, merely spoken to by a member of team management. We recognise the influence high profile people have on social media, and have reminded Rory of his responsibilities,” an ECB spokesperson told ANI on Saturday.
Hartley, who has represented England in 32 games across all formats and she had tweeted as soon as the match between England and India’s men’s team came to an end on Thursday.
“Nice of the England boys to get this test match finished just before England Women play tonight,” tweeted Hartley.
The women’s player had used clapping emoji alongside her tweet and opening batsman Burns took offence to that and he ended up replying: “Very disappointing attitude considering all the ‘boys’ do to support the women’s game.”
However, Burns deleted this tweet of his just 45 minutes later, however, this tweet was liked by team-mates Ben Stokes and James Anderson.
Now, an ECB spokesperson has confirmed that Burns was indeed spoken to by the management and he has been asked to focus on the ongoing series.
England, who are now 2-1 down in the four-match series, is out of the race for a place in the final of the ICC World Test Championship. England has dropped to 64.1 percentage points on the points table, which is now led by India with 71 percentage points. New Zealand is assured of a place in the final with 70 percentage points.
India needs to either win or draw the last Test to stay ahead of Australia, who is in third place with 69.2 percentage points. (ANI) 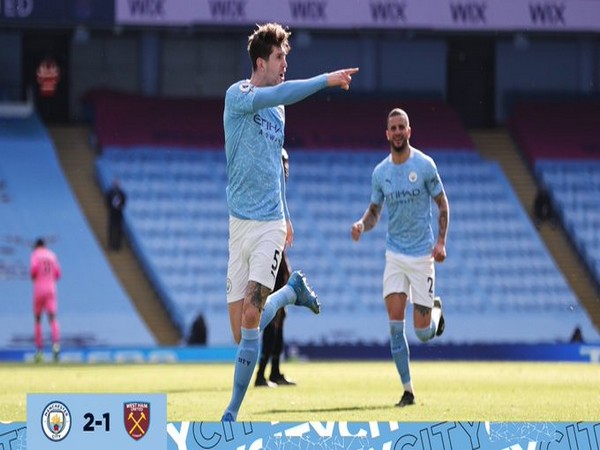 Manchester [UK], February 27 (ANI): Goals from Ruben Dias and John Stones helped Manchester City defeat West Ham 2-1 on Saturday in the Premier League 2020-21 season here at the Etihad Stadium.
With this win, City has consolidated its position at the top spot of Premier League standings and the side has 62 points from 26 games, 13 points clear of the second-placed Manchester United.
City registered the first goal of the match as Dias got on the scoring sheets to give the hosts a 1-0 lead. However, the hosts were not able to hold on to that lead for long.
West Ham got the equaliser in the 43rd minute as Michail Antonio got on the scoring chart and the scoreline was brought level to 1-1. The first half saw no more goals and the honours were level.
In the second half, City managed to get ahead in the 68th minute as Stones registered the striking blow and as a result, the hosts gained a 2-1 lead.
No more goals were registered and in the end, City walked away with a 2-1 victory.
City will next take on Wolves in the Premier League on March 2 while West Ham will square off against Leeds United on March 8. (ANI) 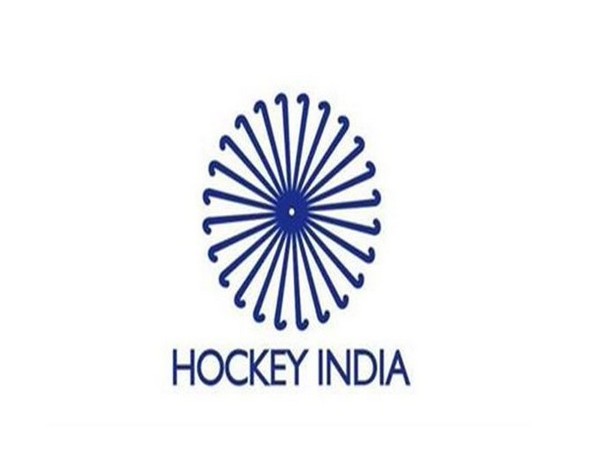