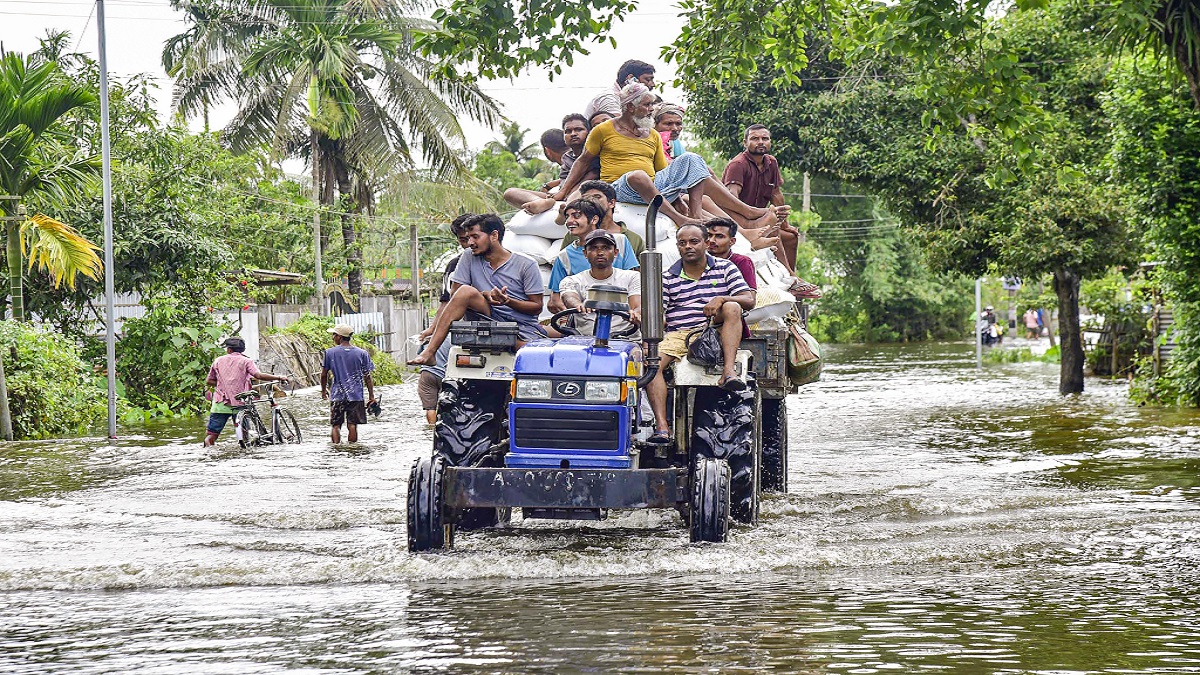 River erosion has also hit Assam›s Morigaon district badly along with floods, forcing many people to take shelter or shift to other safer places. Many villagers of Sildubi, Bonmari, Patekiburi, Sidhaguri, Gagaldubi, Borgaon, Pavokati, Jaljali, and Hatibangi in the district are currently taking shelter on roads, and high lands after the flood waters inundated their houses.

Sulman Ali, a resident of Garubandha village near Mayong in the Morigaon district is now living in a makeshift tent along with his family after he lost his house and 18 bighas of agricultural land due to river erosion.

«One year ago I lost my house due to river erosion. The Brahmaputra river swallowed my 18 bighas of agricultural land. Along with my mother, wife and two children, I am now living in a makeshift tent in the Sildubi area. The flood has also hit us badly, we are totally helpless and are now facing massive problems,» Sulman said.

Amzad Ali, another resident of the village is also taking shelter in a tent along with his family after his house was washed away post floods in the Brahmaputra river. «We are now living in the Sildubi area. We›re hit by river erosion along with floods. I don›t know, what we will do, we are also facing a food crisis. If the government will not help us, then we will die,» Amzad said.

According to the Assam State Disaster Management Authority (ASDMA), around 1.23 lakh people in the Morigaon district have been affected by the current wave of floods.

Another local from the district, Hajara Khatun also expressed his grief over his loss and said, «The floods water washed away our house and we are grappling for survival.» As per the reports, several lakh families in Assam have been displaced due to floods and soil erosion. The state has been facing it for the last six decades.

According to the Assam government data, the Brahmaputra river has wiped out nearly 4,000 sq km—an area larger than Goa which forms about 7.5 per cent of the total area of Assam. Shahjahan Ali, a local resident of the Sildubi area said that the Brahmaputra river wiped out nearly 15,000-20,000 houses, many school buildings, Madrasas, Mosques in Lepoti, Gagalmari, Pavokati, Puthimari areas in the last decade. «The people who were affected by river erosion are now living in other places. We are facing so many problems,» Shahjahan said. Another local Anuwara Begum said that 14 years ago she lost her house and lands due to river erosion and since then she is living in the Sildubi area in a small house along with her husband and children. «Now the flood waters have also entered my house. For the last 14 years, we are struggling to live, but we didn›t get anything from the government. Not only me, but many others are also facing similar problems,» Begum said.

Murmu appeals to Haryana MPs and MLAs for support