Congress leader and former Punjab minister Navjot Singh Sidhu said on Wednesday that in a democracy, laws are framed by elected representatives, and not by the courts.

“In a democracy, laws are made by elected representatives of the people, not by the honourable courts or committees… Any mediation, debate or discussion should have happened among the farmers and the Parliament,” Sidhu said in a tweet.

In another tweet, he said: “Justice? — you get justice in the next world, in this world you have the laws! The more laws the less justice.”

Sidhu’s assertions came a day after the farmers’ unions in a joint statement said the Supreme Court has stayed the implementation of the three Central farm laws as an interim measure, which is a welcome step, but not a solution.

The statement was issued by Darshan Pal on behalf of the Samyukt Kisan Morcha, an umbrella organisation of the farmers’ unions spearheading the protest against the three farm laws passed by Parliament in September last year.

The apex court on Tuesday stayed the implementation of all the three farm laws and also formed a committee comprising mostly agriculturists to hear the grievances of the farmers’ unions against the farm laws.

“The farmers’ unions did not ask for this solution, given the fact that the implementation of the farm laws can be reinstated anytime. The government must repeal the laws and it must understand that the farmers and the people of India are opposed to the laws,” the statement said. 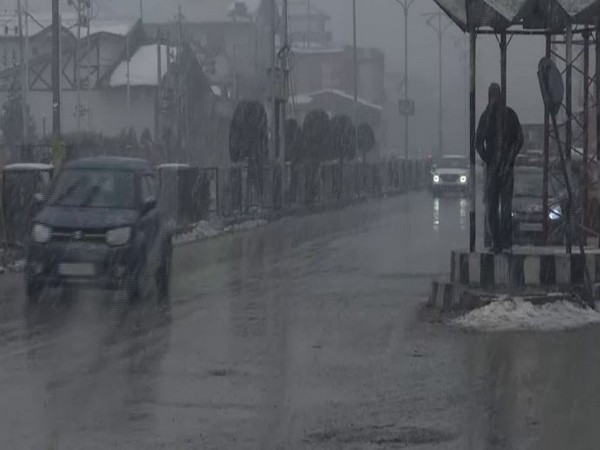 Srinagar (Jammu and Kashmir) [India], January 24 (ANI): Srinagar and Mandi area in Poonch, Jammu and Kashmir received heavy snowfall on Saturday which affected road and air connectivity in the region.
Heavy snowfall made the roads slippery which affected traffic movement here. Speaking to ANI, Bashir, a resident said, “After many years this region has received heavy snowfall.”
“The Mandi area of Poonch has received at least six inches of snowfall. We wish people do not face electricity and food-related problems amid the weather,” said another local from Poonch. 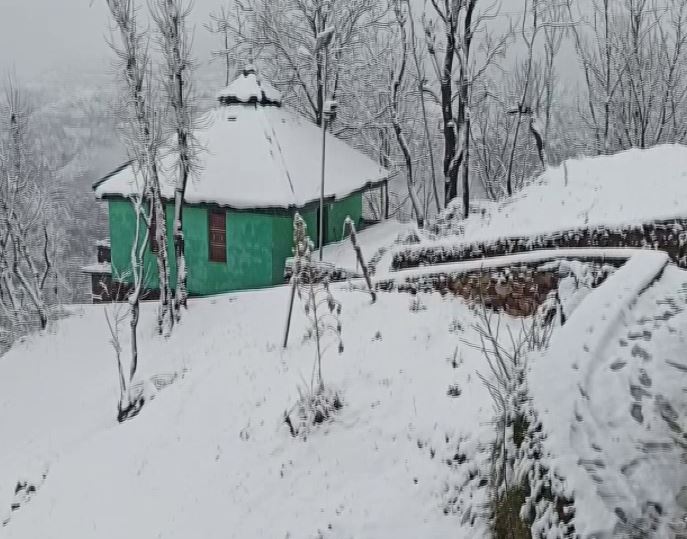 Around a week ago, as heavy snowfall occurred in Jammu and Kashmir, temperatures across the Union Territory plummeted to zero degrees Celsius, leading to the freezing of the Dal Lake in Srinagar. (ANI)

Worker dies in accident at pharma company in Visakhapatnam 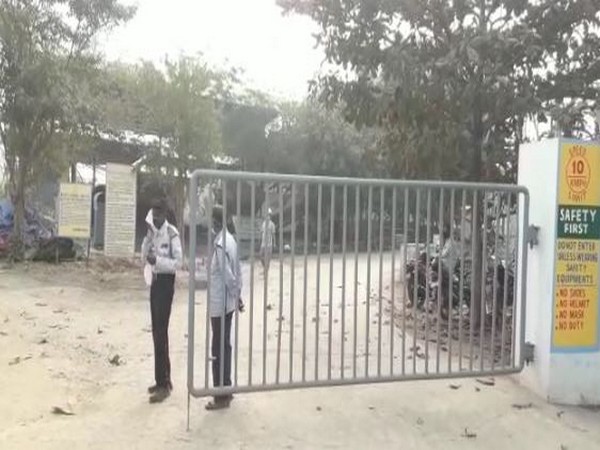 Visakhapatnam (Andhra Pradesh) [India], January 24 (ANI): A worker died in an accident at a pharma company in Visakhapatnam on Saturday following which the Centre of Indian Trade Unions (CITU) leaders have demanded that the management should take the responsibility of deceased’s family members and until then, CITU will stage a protest here, said Gajuwaka Police.
Incident was reported at the pharma company in Munagada village of Visakhapatnam district. The deceased person has been identified as Bammidi Vasu, a resident of the Malkapuram area, according to the police.
Gajuwaka police reached the spot soon after the incident occurred and started the probe. CITU leaders have claimed that this is the third incident that occurred in the same company. (ANI) 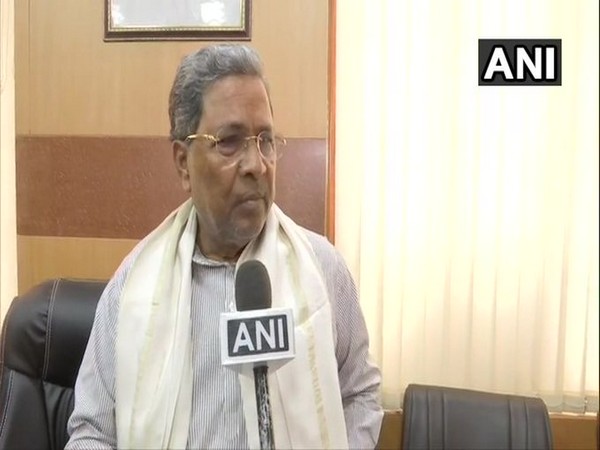 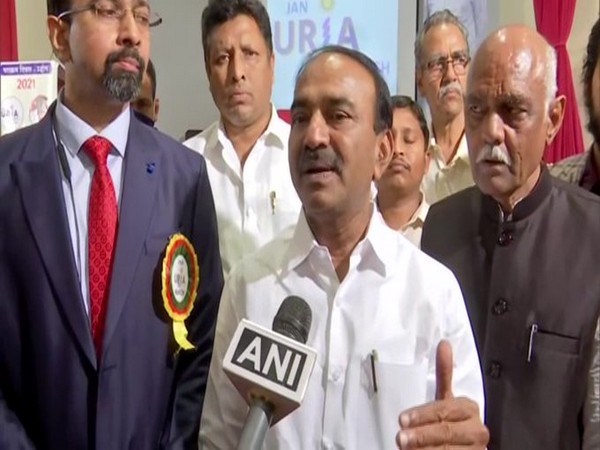 Hyderabad (Telangana) [India], January 24 (ANI): The COVID-19 vaccine is 99 per cent safe and it is important to get vaccinated, said Telangana Health Minister Eatala Rajender while hoping everyone would step forward for it in the coming days.
Speaking to ANI about the decline in the percentage of beneficiaries vaccinated against COVID-19 as per the target set by the State Government, Rajender said, “Actually, the people (health workers) who had taken a decision to wait to get vaccinated are left now.”
“If the COVID-19 vaccination for private health workers starts, then there will be a movement. I appeal to people who have decided to wait to rather get vaccinated now,” he added. (ANI) 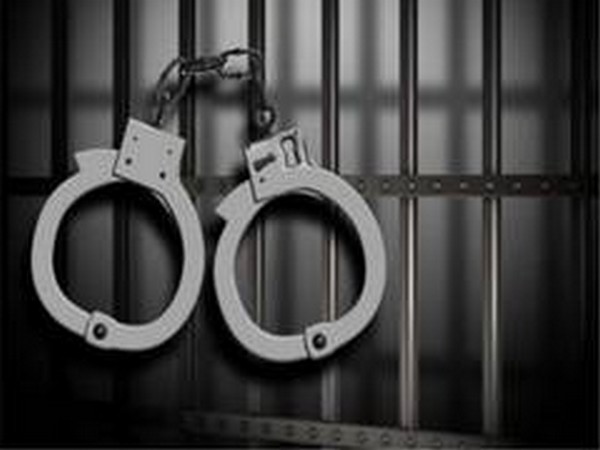 New Delhi [India], January 24 (ANI): The staff of special investigation unit-II (SIU-II), crime branch, Nand Nagri, Delhi arrested a criminal of Khurja, Bulandshahar and solved the murder case of Rahis Ansari registered at police station Jafrabad.
The accused has been identified as Mohd Umar, according to Rakesh Pawariya, IPS, Deputy Commissioner of Police (DCP), Narcotics, Crime Branch, Delhi.
On January 13, 2021, at about 12:45 pm, one Rahis Ansari was shot dead by assailants outside his residence while cleaning his scooty. He was declared brought dead by doctors at JPC Hospital.
The deceased was a property dealer by profession. Accordingly, a case dated January 13 under Section 302/34 of the Indian Penal Code (IPC) r/w 25/27 Arms Act, PS Jafrabad, Delhi was registered and investigation taken up by the local police.
The entire incident was also recorded in the CCTV installed at the spot. A team of SIU-2 under the supervision of ACP Arvind Kumar led by Inspector Surender Kumar comprising SI Ashok Malik, HCs Harshit, Pankaj, Kavinder and Ct Bhanwar was constituted to work on this case.
On January 22 at about 7:45 pm, on the basis of secret information received by HC Harshit, the team apprehended one of the assailants, identified as Mohd Umar, 19, from Wazirabad Road, Nand Nagari. Efforts are on to apprehend the remaining assailants. Local police have been informed.
During interrogation, accused Umar disclosed that in the year 2010, the deceased Rahees Ansari was arrested in the murder case of Muttalif in the Jafrabad area but was acquitted as witnesses turned hostile. To take revenge, Faizan, brother of deceased Muttalif, hatched a conspiracy to murder Rahees Ansari along with Mohd Umar, Wasim, and Shah Nawaz.
On January 12, 2021, at about 6.30 pm they reached Okhla Mandi, kept their car in the parking lot, and stayed at a relative’s home. They also did a recce in the area of Jafrabad on the same day. On January 13 according to the plan they came to near Rahees’s house and murdered him.
After committing the crime they ran to Batla House, Okhla by auto. They changed their clothes in a Masjid of Batla House and went to Khurja by Faizan’s car. The next day they knew that their video had gone viral on social media and news. Hence, all of them ran from their homes. On January 22 the accused Umar was also making a plan to leave Delhi. According to the information as soon as Umar came to the bus stand near Gagan Cinema, the team caught him. (ANI)

Kerala: 49-year-old man dies after being chased by mob for molesting woman 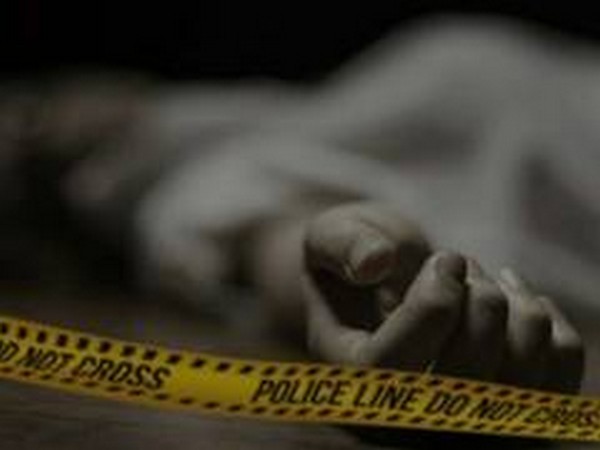 Kasargod (Kerala) [India], January 24 (ANI): A 49-year-old man died after he was chased by a mob for allegedly molesting a woman in Kasargod district, earlier on Saturday. A case has been registered.
“The cause of the death will be ascertained after post mortem,” said police.
Further details are awaited. (ANI)