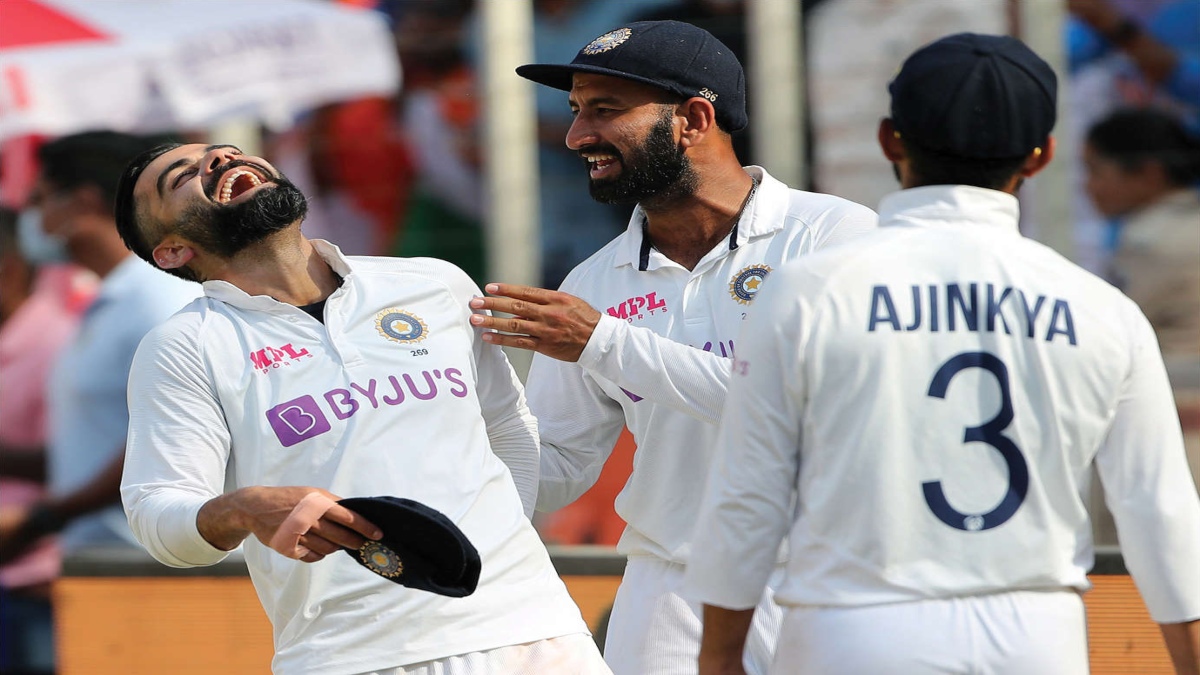 Nowadays, the technical side of Virat Kohli’s batting is the subject of discussion all over the world. Even England’s finest batsman of his time Graham Gooch has called his inning at Chennai was brilliant at back foot. While it is true that Virat is a front foot batsman but according to the situation, his adaptability is so good. He sees where the ball is skidding and where it is not and formulates his strategy according to that.

I also got to read a lot of positives on his front foot game in Adelaide. Where the pitch is different, then only he has changed his technique. He loves experiments. Mostly the cricket experts ask to use only the upper hand for a cover drive but he drives to the cover with the bottom hand which is unique.

Virat took guard of the off stump on Moeen Ali. Moeen is a very difficult bowler. Many times Moeen does not even know which of his ball will go straight. He has dismissed Virat several times. Many of his balls go straight without turning on the off-stump. That’s why Virat was taking off guard in front of him so that he could drop such balls. In fact, spinners have got a good bounce on Indian pitches in the series which is a bit risky to play. Such balls can be better tackled on the back foot. That is what Virat did. In such a situation, the bowler tries for a full-length ball to force the batsman to drive on the front foot.

I appeal to Virat’s fans that if he has not been able to make a century for a long time, then they should not upset. He has been in good touch and middle the ball well. Virat has played so many good innings recently. I don’t see any flaws in his batting during this period.

It is true that recently in some innings, he was out so early. Sometimes on a rising ball and at other times chasing the wide ball of Pat Cummins in Australia. Both times Virat tried to attack right from the beginning. He wanted to take a psychological edge by playing aggressive innings. All this was part of Team India’s strategy. At such times, it is the effort of the batsman not to allow the bowler to settle. Many times such things are effective and sometimes they are not but the batsman should not be disturbed by all these things.

The author is a coach of Virat Kohli and a Dronacharya Awardee.

My journey wasn’t easy but it made me stronger: Djokovic