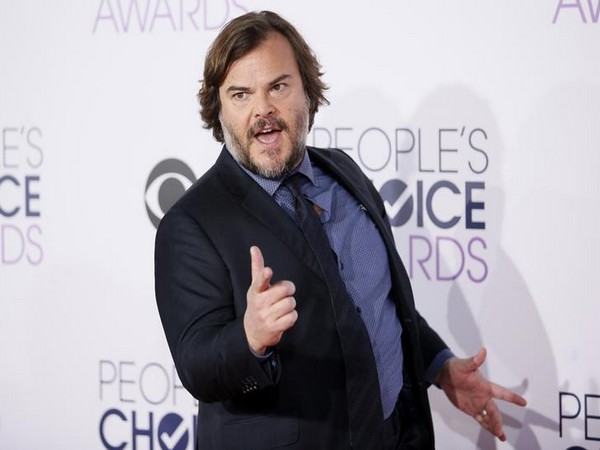 Washington [US], February 12 (ANI): American actor Jack Black has joined the cast of ‘Borderlands’, which is Liongate’s movie adaptation of the popular video game of the same name.
As per Variety, Jack has joined an A-list ensemble that includes actors Cate Blanchett, Kevin Hart and Jamie Lee Curtis.
Black will voice the role of Claptrap, a persistently sarcastic robot that is not all that invested in the survival of his teammates. The forthcoming film is being helmed by American filmmaker Eli Roth.
The upcoming movie adaptation will mark Eli’s second collaboration with Jack and Cate. The three have previously worked together in the 2018 family comedy ‘The House With a Clock in Its Walls’.
Speaking about his collaboration with Jack, the filmmaker said, “I am so excited to reunite with Jack, this time in the recording booth. Claptrap is the funniest character in the game, and Jack is perfect to bring him to the big screen.”
Meanwhile, Cate is playing the main protagonist Lilith, while Kevin is portraying a skilled soldier named Roland. Jamie has been cast as Tannis, an archeologist working on Pandora.
Craig Mazin, who created the acclaimed HBO miniseries ‘Chernobyl’, wrote the latest draft of the screenplay. ‘Borderlands’ is based on the famous role-playing shooter game that launched in 2009. The game, which has spawned several sequels, takes place on the planet of Pandora.
Arad Productions’ Avi Arad and Picturestart’s Erik Feig are producing. Gearbox Entertainment Company founder Randy Pitchford and Take-Two Interactive chairman and CEO Strauss Zelnick are serving as executive producers for the feature adaptation.
Meanwhile, Jack most recently starred alongside Kevin in ‘Jumanji: The Next Level’, which grossed more than USD 800 million worldwide. He is next reuniting with ‘School of Rock’ director Richard Linklater for the animated Netflix movie ‘Apollo 10 1/2 : A Space Age Adventure’. (ANI) 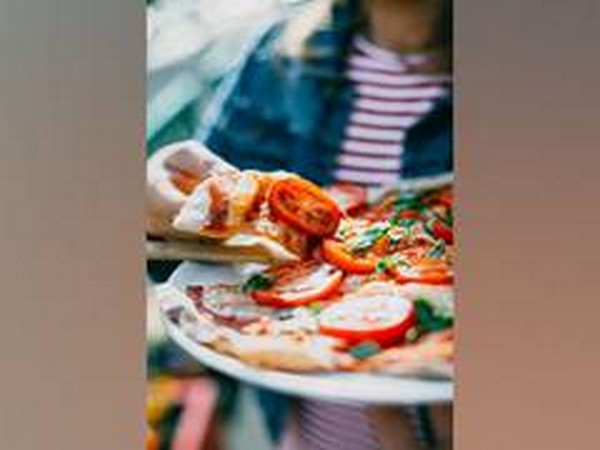 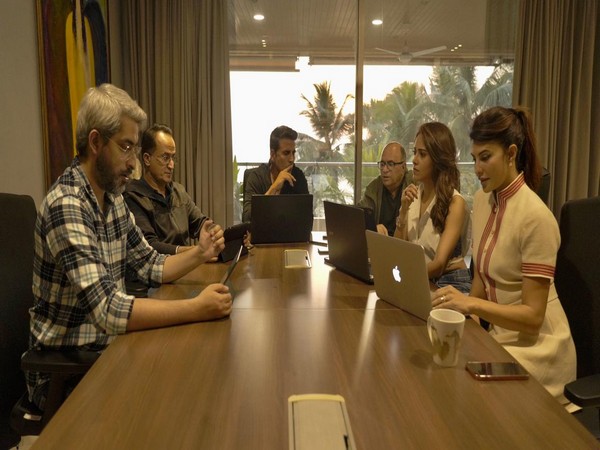 New Delhi [India], March 6 (ANI): Akshay Kumar has finally begun work on his much-awaited film titled ‘Ram Setu’, on Saturday.
Revealing the star cast of the film, the actor shared a new behind-the-scenes picture from his upcoming film, which shows him sitting with his co-stars Jacqueline Fernandez, Nushrat Bharucha, and other crew of director and producer at the script reading session of the film.
The ‘Padman’ star captioned the post: “he team that preps together excels together! An extremely productive script reading session with the team of #RamSetu this evening. Can’t wait to begin filming this one.”
Actor Akshay Kumar will be reportedly shooting for his next film ‘Ram Setu’ in Uttar Pradesh’s holy city of Ayodhya.
According to the Chief Minister’s Office, the superstar has asked for permission to shoot in the city for the film from Chief Minister Yogi Adityanath.
Kumar had announced the film on November 14, last year and had also extended his Diwali greetings to everyone through the film.
The 53-year-old actor took to Instagram to share first look posters of the film that saw him in a messy hair avatar walking by a seaside while the background sees a faint picture of Lord Rama walking in the same sea.
The film is being directed by Abhishek Sharma and is being produced by Aruna Bhatia and Vikram Malhotra. (ANI) 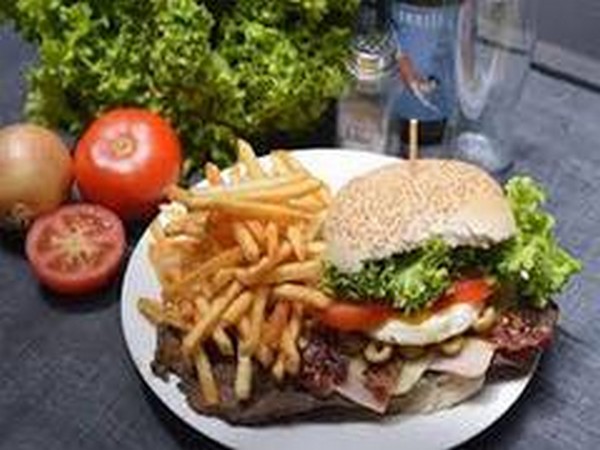 Washington [US], March 6 (ANI): A study led by a team of researchers from the University of Reading uncovered that consumption of high-fat diets may over-activate destructive heart disease protein, increasing the risk of a heart attack.
In a paper published in Biochemical and Biophysical Research Communications, researchers looked at the effect of feeding mice a high-fat diet on oxidative stress levels on heart cells.
The team from the University of Reading found that cells from the mice had twice the amount of oxidative stress, and led to heart cells being up to 1.8 times bigger due to cardiac hypertrophy which is associated with heart disease.
Named first author Dr Sunbal Naureen Bhatti, from the University of Reading said, “Our research shows one way in which a high-fat diet can cause damage to the muscle cells that make up our hearts.
It appears that a switch happens at a cellular level when the mice were fed on a high-fat regime which causes a normally harmless protein, Nox2, to become overactive. The precise nature of how the Nox2 protein goes onto cause oxidative damage and set off destructive hypertrophy is still being researched.”
“We are really just scratching the surface of how the protein Nox2 responds to diets, but our research clearly demonstrates that high-fat diets have the potential to cause significant damage to the heart,” Bhatti added.
The researchers focused on a key protein Nox2 which believed to be associated with increasing oxidative stress in the heart. The study found that the mice fed a high-fat diet had twice the amount of Nox2 activity, which also led to a similar amount of reactive oxygen species (ROS), a free radical that is associated with pathological damage of the body.
To check whether Nox2 was involved in causing the cardiac stress, the team compared the results with mice bred specifically to ‘knock out’ Nox2, stopping the protein from activating at a cellular level. The ‘knock out’ mice were also fed a high fat diet, but showed little or none of the same raised levels of oxidative stress.
In addition, the team used three experimental treatments which are known to reduce Nox2-related ROS production and found that all three showed some promise in reducing the effect of ROS in damaging the mice hearts.
The mice that were fed high-fat diets received 45 per cent of their calorie consumption from fat, 20 per cent from protein and 35 per cent carbohydrate. (ANI) 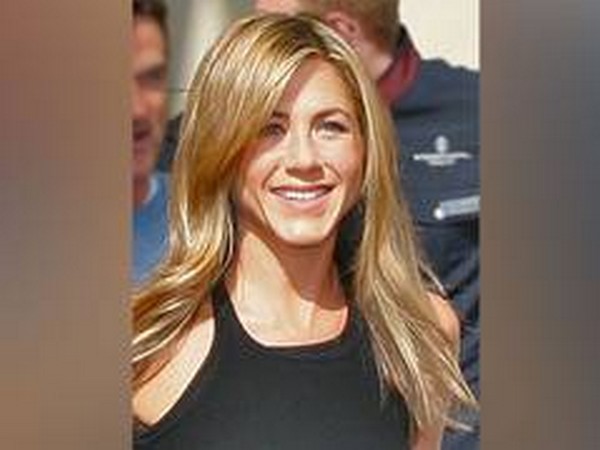 Washington [Us], March 6 (ANI): American actor Jennifer Aniston finally gave a little sneak peek into her decision of getting the magical number ’11 11′ tattoo on the inside of her wrist.
The ‘Friends’ star has ’11 11′, the magical number inked on the inside of her wrist and for years, fans have speculated about what made the actor to get this number tattooed on her body in 2018.
According to E! News, much of her fans have guessed that the numbers signify the birth date of the actor that is February 11 or a tribute to her beloved dog ‘Norman’ who died in 2011.
According to a post shared by her friend Andrea on Aniston’s birthday, the predictions are rolling out to be close to the fact.
To wish her bestie on February 11, Andrea wrote, “Can’t wait to celebrate and make more magical wishes! 11 11,” on Instagram along with a post that features both of them having the same tattoo.
Recently, on Andrea’s birthday, Aniston wished her by sharing the same photo. Alongside the snap, she noted, “Happy birthday to my forever sister from another mister @andreabenewald. 37 years and counting. And the best is yet to come.”
E! News reported that when ‘The Morning Show’ star shared the first glimpse of her tattoo in the year 2018, a source disclosed that the magical number signifies the star’s birthday and late pet Norman’s demise year 2011.
Not only this, but Aniston also had inked Norman’s name on the inside of her foot.
It’s unknown if the actress has any more tattoos, as these are the only ones visible on her arms and legs. (ANI) 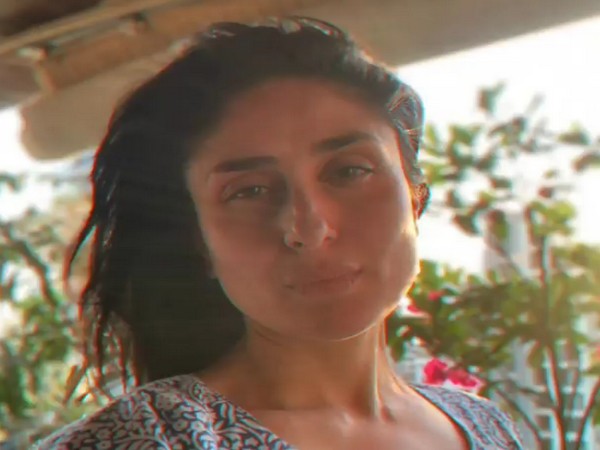 New Delhi [India], March 6 (ANI): Bollywood actor Kareena Kapoor Khan on Saturday commemorated her one year on Instagram by posting a montage of her pictures and videos from last year.
The ‘Jab We Met’ actor who welcomed her second baby on February 15 shared a quick edited clip on her Instagram account that features the many pictures and videos that she shared on the photo-sharing platform in the last year.
From her Diwali break, husband Saif Ali Khan’s birthday bash, her Himachal Pradesh’s trip to her recent pregnancy pictures, Kapoor included all in the short clip.
Taking it to the caption, she wrote, “Shall continue to have fun…,” using heart emoticons.

With the post hitting more than six lakh views within a few minutes of being posted, scores of fans chimed into her comments section and left heart and lovestruck emoticons.
While the fans are still waiting for a glimpse of the second baby boy, Bebo’s this clip marks her third post on the photo-sharing platform after the baby’s birth. The first being a promotional post for her husband Saif Ali Khan’s upcoming film, ‘Bhoot Police’, and the second was her sun-kissed selfie picture flaunting her traditional pout. (ANI) 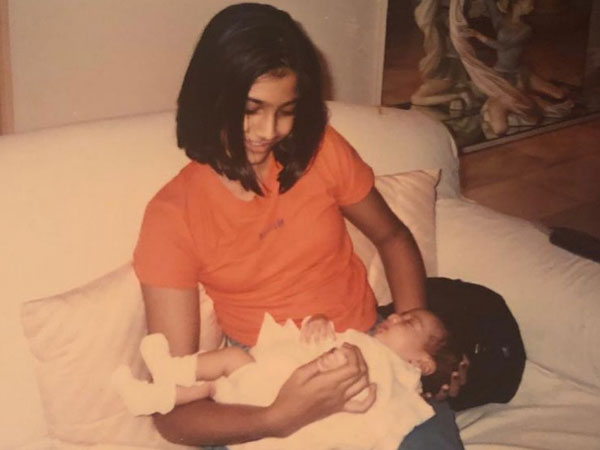 New Delhi [India], March 6 (ANI): Bollywood actor Sonam Kapoor showered love over her younger sister and actor Janhvi Kapoor as she turned 24 on Saturday.
Sonam dug out a priceless throwback picture for wishing her cousin on the special occasion and posted it on Instagram.
The childhood picture of the duo sees the ‘Neerja’ actor holding the infant ‘Dhadak’ star while she sleeps on her lap.
The other two pictures in the series of the post are the throwback pictures of the sisters from an award show where both are seen hugging each other. 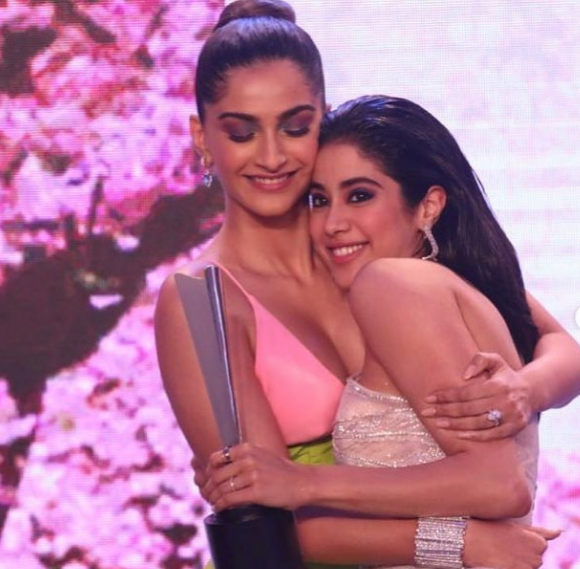 Alongside the post, Sonam penned a sweet note for the birthday girl and wrote, “My dearest Jaanu, wishing you nothing but lots of shine, sparkle and happiness. A total star, a bonafide diva and badass babe! Happy happy birthday my love. Miss you tones.” 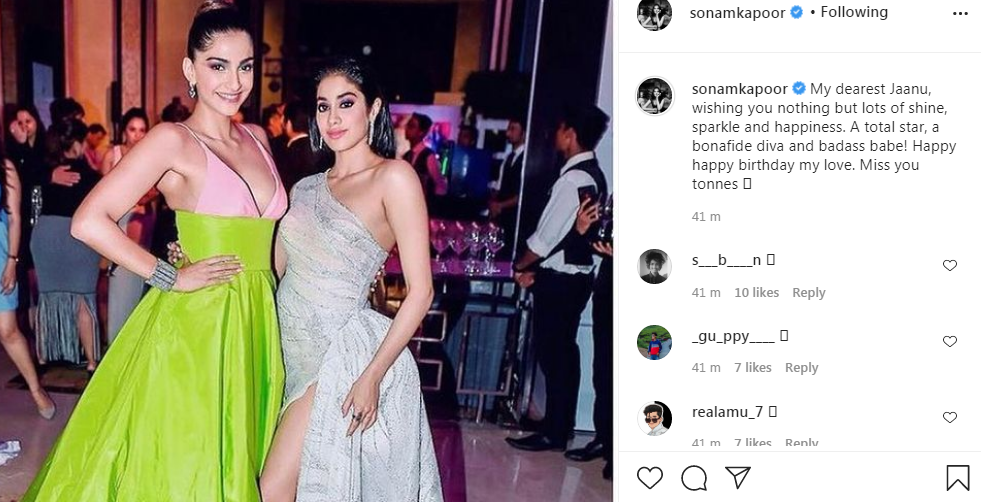 Sonam Kapoor is the daughter of veteran actor Anil Kapoor, the younger brother of Indian film producer Boney Kapoor. While, Janhvi is the daughter of late legendary actor Sridevi, the second wife of Boney Kapoor.
Earlier, actor Arjun Kapoor, Alia Bhatt, Vicky Kaushal and many others from the film industry wished the actor on her special day.
Meanwhile, on the work front, Janhvi Kapoor who is currently shooting for her upcoming Aanand L Rai helmed movie ‘Good Luck Jerry’ will be next seen in the horror-comedy drama ‘Roohi’, which is set to hit the big screens on March 11 this year. It also stars Rajkummar Rao and Varun Sharma in the lead roles. The film is based on the lines of the 2018 hit film ‘Stree’, which featured Shraddha Kapoor and Rajkummar Rao in lead roles.
On the other hand, Sonam Kapoor will be next seen in ‘Blind’, whose shoot kickstarted on December 28 in Glasgow, United Kingdom. It is a Bollywood remake of the 2011 released Korean crime-thriller of the same name, directed by Ahn Sang-hoon.
The movie is being directed by Shome Makhija and produced by Sujoy Ghosh, Avishek Ghosh, Manisha W, Prince Nahar, Sachin Nahar, and Hyunwoo Thomas Kim. ‘Blind’ is scheduled to release in 2021. (ANI)