ISL 7: Players totally deserve to be in the final, says Mumbai coach Lobera 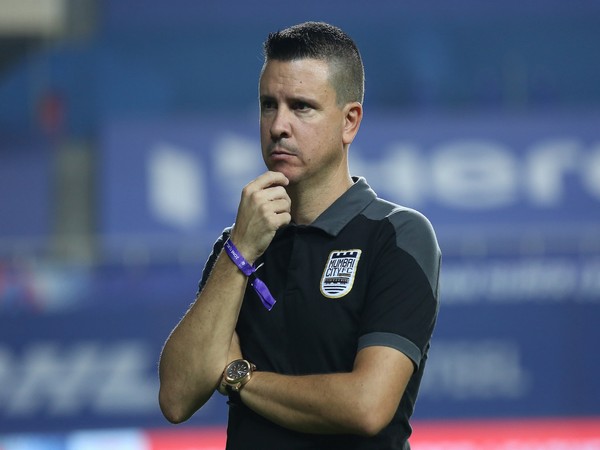 Bambolim (Goa) [India], March 9 (ANI): After progressing to the final of the Indian Super League (ISL) for the very first time, Mumbai City FC coach Sergio Lobera said that his players totally deserve to be in the finals of the tournament.
Two hundred and ten minutes of football over two legs, yet there was no winner to head into the final between Mumbai City FC and FC Goa. Such was the battle, that it came down to ISL’s first-ever sudden death in a penalty shootout to decide the first finalist of season seven. And it turned out to be Mumbai City FC who had the last laugh as they edged FC Goa on penalties 6-5 at the GMC Stadium, Bambolim.
“I’m very happy because my players have done produced big effort because it’s not easy to play 90 minutes, extra-time and then go into penalties. I am happy because these players deserve to play in the final,” said Lobera during the post-match press conference.
“Amrinder Singh is the best goalkeeper in India. I don’t have any doubt. He knows the situation. I want to congratulate the goalkeeper. We have three good goalkeepers. We need to be strong because during 90 minutes and extra-time, there are good moments and bad moments and it is not easy to play for a long time. I think my players had a very strong and positive mentality,” he added.
Talking about ATK Mohun Bagan and NorthEast United, Lobera said: “I think ATK Mohun Bagan had an amazing season. And I want to congratulate the NorthEast United coach (Khalid Jamil) because he is a good example to do a coaching job here. The most important thing is we are going to play the final.”
Mumbai City FC will now take on the winners of the match between NorthEast United and ATK Mohun Bagan in the finals of the ISL on Saturday. (ANI)