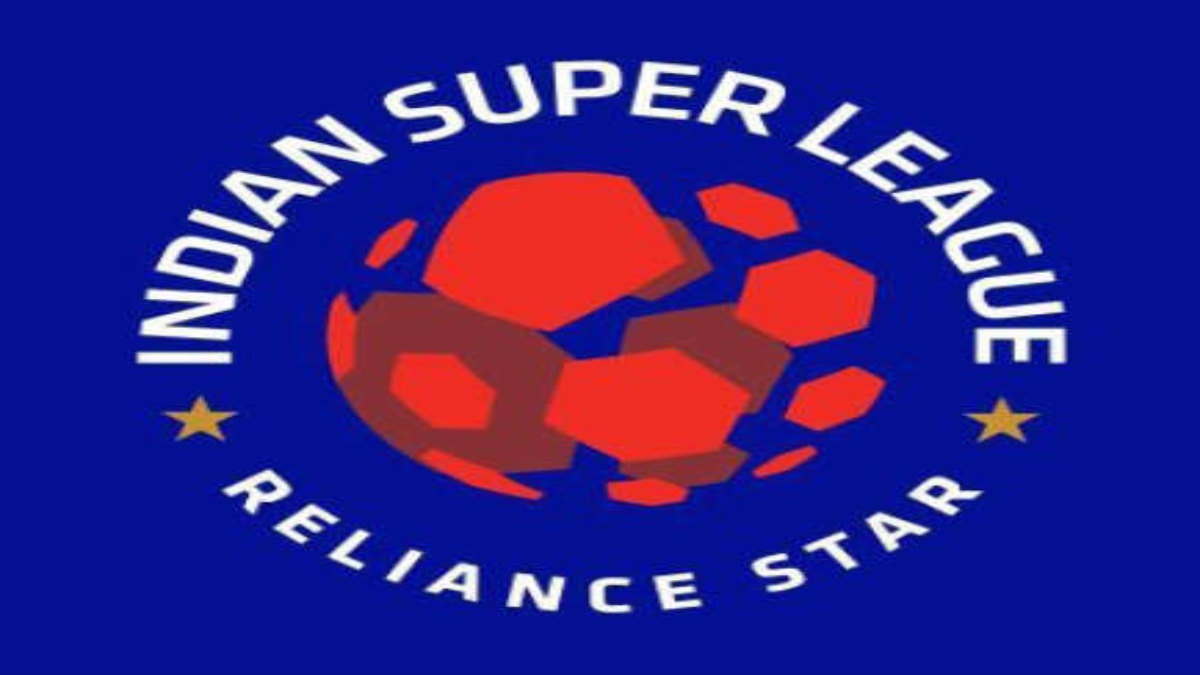 Manu, who was born in Buenos Aires, had represented Real Sociedad and Osasuna as a goalkeeper earlier in his career. After joining Odisha FC, Manu in a statement said, “I am very excited and happy to join this great project. It is an honour for me to be here. As a goalkeeping coach, I will bring all my work experience and knowledge to achieve the goals with Odisha FC.”

The former Odisha FC goalkeeping coach Joaquin Valerio Olivera had to step down for personal reasons and returned to Spain due to a family emergency.

Earlier this week, Odisha FC has announced its official squad for the tournament. 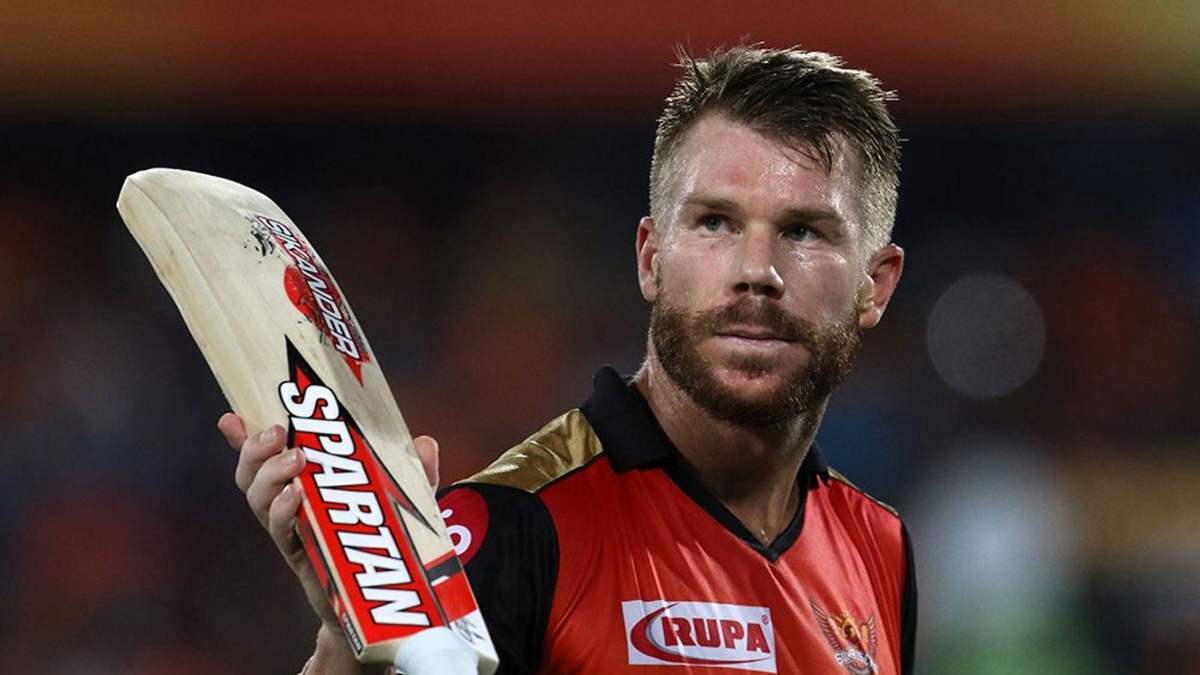 Openers David Warner of Australia and Abid Ali of Pakistan have been shortlisted in the men’s category for the ICC Player of the Month awards along with New Zealand fast bowler Tim Southee.

Left-arm spinners Anam Amin of Pakistan and Nahida Akter of Bangladesh are in the running to scoop the women’s award alongside West Indies all-rounder Haley Matthews who is nominated for the second time. The nominations for the month of November were announced on Tuesday, based on performances across formats and including matches from the ICC Men’s T20 World Cup 2021 held in the United Arab Emirates and Oman.

ICC Men’s Player of the Month Nominees for November:

Abid Ali (Pakistan) :Pakistan opener Abid Ali was named Player of the Match after scores of 133 and 91 in the first match of their ICC World Test Championship (WTC) series against Bangladesh in Chittagong. He played a pivotal role in laying the platform for an eight-wicket victory, thanks to two-century opening stands in both innings with partner Abdullah Shafique.

Tim Southee (NZ) :New Zealand fast bowler Tim Southee took eight wickets in the drawn opening Test of the WTC series against India in Kanpur, soon after excelling in the shortest format. He had seized seven wickets during his November matches at the ICC Men’s T20 World Cup, helping guide his team to the final spectacle in Dubai. In between these two milestones, he took three more T20I wickets against India in Ranchi.

David Warner (Australia) :Warner, who was Player of the Tournament at the T20 World Cup, had standout performances of 49 in the semifinal against Pakistan and 53 in the final against New Zealand. In four T20Is during the period, he aggregated 209 runs at an average of 69.66 and a strike rate of 151.44, proving to be a crucial figure as his team secured their first ICC Men’s T20 World Cup trophy. 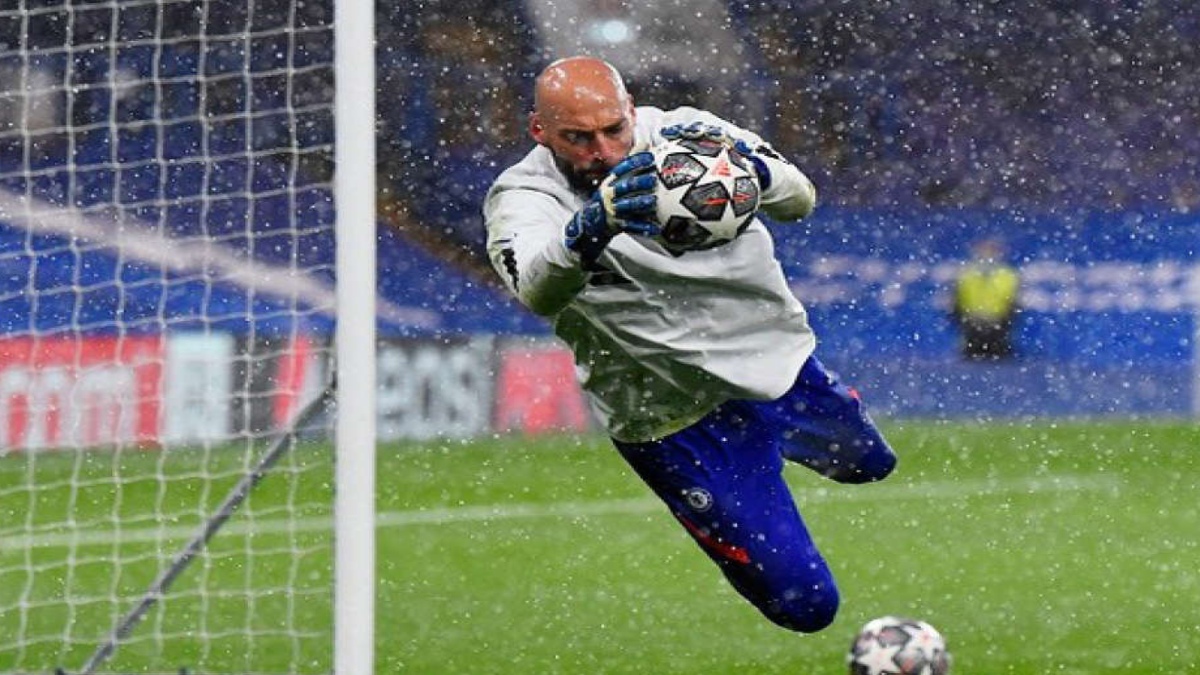 Caballero, 40, arrives as a free agent on a deal that runs until January 5, following the injuries suffered by Alex McCarthy and Fraser Forster. The former Manchester City and Chelsea keeper completed a medical on Monday and will now link up with his new teammates ahead of Saturday’s visit to Arsenal, which is followed by a trip to Crystal Palace and a home meeting with Brentford in the following week.

Caballero, who has been capped five times by Argentina, left Chelsea in the summer after four years at Stamford Bridge, where he made 38 appearances, having previously been with City, where he played 48 times between 2014 and 2017.

Prior to that, he spent the bulk of his career in Spain, playing for both Elche and Malaga, having initially been with Boca Juniors in his home country. Since becoming a free agent, Caballero has been training with AFC Wimbledon to retain his sharpness, and will now begin work at Staplewood Campus ahead of the festive fixture schedule.

Caballero, has been capped five times by Argentina. He left Chelsea in the summer after four years at Stamford Bridge, where he made 38 appearances, having previously been with City, where he played 48 times. 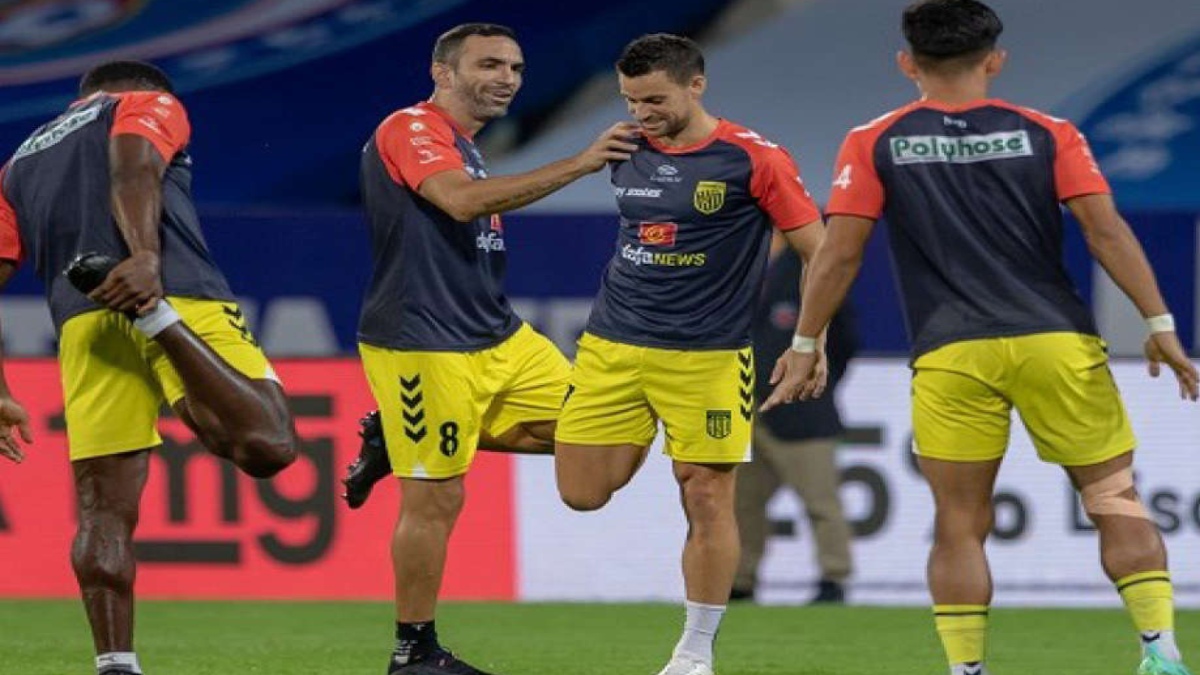 Southern rivals Hyderabad FC and Bengaluru FC will both look to get back to winning ways when they lock horns in the 2021-22 Indian Super League (ISL) at the Athletic Stadium in Bambolim on Wednesday.

The Manolo Marquez-coached side is placed seventh in the points table with four points from three matches. Marquez was unhappy with his team’s first-half show against The Men of Steel and would want his charges to improve when they take on Bengaluru. The Blues, meanwhile, lost 1-3 to table-toppers Mumbai City FC in their last game, leaving them with just one win from four matches. But coach Marco Pezzaiuoli said after the game that he was happy with how the team responded through Cleiton Silva after conceding a goal inside the first ten minutes.Both teams have shown promise with Hyderabad getting the better of Mumbai in their second match of the season.

Bengaluru got off to a winning start after they downed NorthEast United FC 4-2 but have since then found it difficult to remain consistent. The two teams will look to steady their ship and it is a lapse of concentration in crucial moments that has hurt them so far.

Marquez said, “What we need is consistency. All teams are strong in this league. Hence, the results have fluctuated the way it has. I assume that the final standings will be decided only in the final stages of the season” 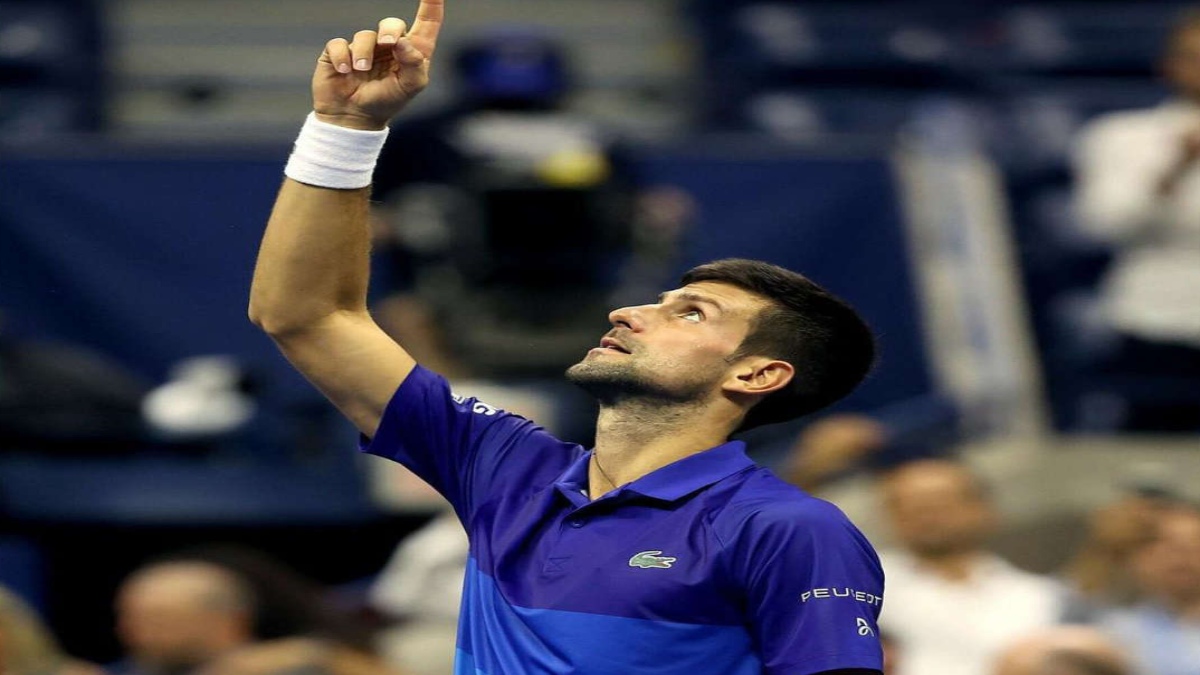 The 16 countries set to compete in the third edition of the ATP Cup, which will feature 18 of the top 20 players in the ATP Rankings, were assigned to four groups at the official tournament draw on Tuesday in Australia.

“The team event will take place in Sydney from 1-9 January 2022. Top seed Serbia, headlined by World No. 1 Novak Djokovic, will lead Group A, which will also feature Norway, Chile and Spain. Two years ago, Serbia lifted the trophy at the inaugural ATP Cup by defeating Spain in the championship match,” stated an official release. Second seed Russia, the defending champion, is in Group B, which includes Italy, Austria and home nation Australia. World No. 2 Daniil Medvedev and World No. 5 Andrey Rublev will be their country’s top two singles players for the second consecutive year.

Germany, led by reigning Nitto ATP Finals champion Alexander Zverev, headlines Group C along with Canada, Great Britain and the United States. Fourth seed Greece, with Stefanos Tsitsipas atop the lineup, will be in Group D, which also consists of Poland, Argentina and Georgia.

ATP Chief Tour Officer Ross Hutchins in an official release said: “There’s no better place for us to launch the 2022 season than with the ATP Cup in Sydney. The players have loved competing at this event in recent years and the 2022 player field speaks for itself. We’re delighted that fans will be able to see so many of the world’s best representing their countries in the opening week of the season and we look forward to a fantastic event.”

This year’s nine-day event will be played in Sydney at Ken Rosewall Arena and Qudos Bank Arena. Following the group stage, the four group winners will advance to the knock-out semi-finals to compete for the trophy. Alongside the event in Week One, there will be ATP 250 events in Adelaide and Melbourne.

Each country at the 2022 ATP Cup will field a team of up to five players, with each tie comprising two singles matches and one doubles match. The No. 2 singles players compete against each other before the No. 1 singles, followed by doubles.

﻿ANDERSON NOT INJURED, PLAN IS TO GET HIM READY FOR 2ND TEST: ECB 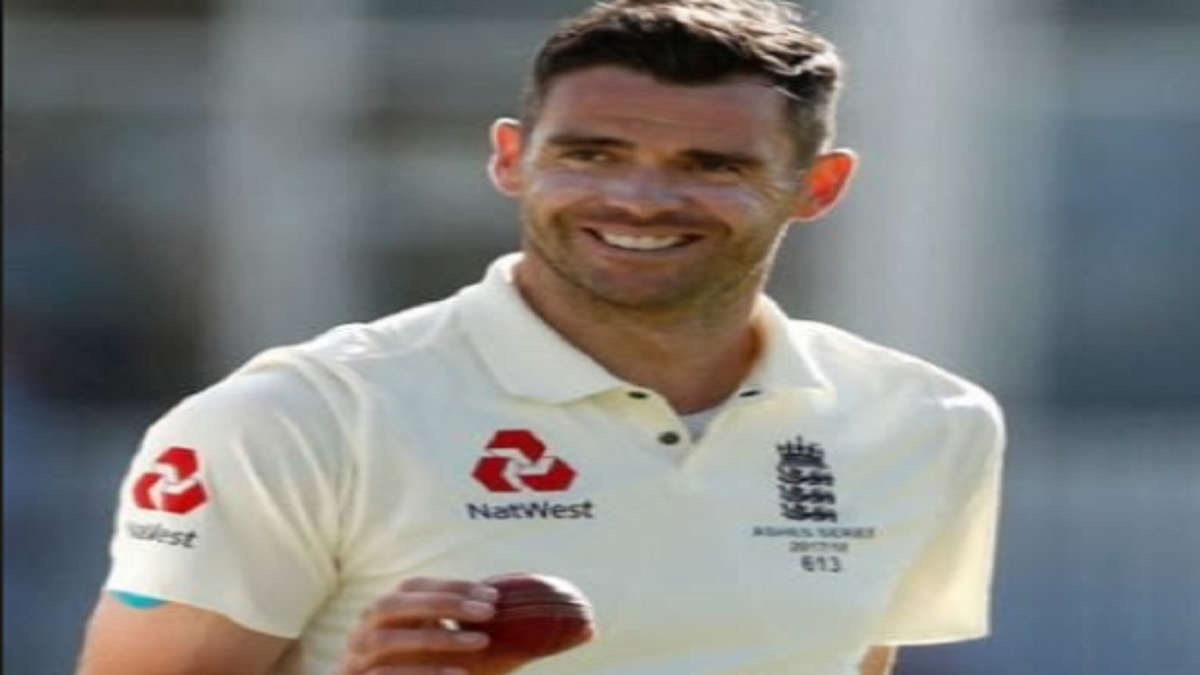 The England team management on Tuesday issued a clarification saying pacer James Anderson is fully fit and he has just been rested from the upcoming first Ashes Test against Australia.

This clarification came hours after several media reports stated Anderson was ruled out of the first Test due to a calf strain. “Jimmy is fit to play, and is not carrying an injury. With five Tests in six weeks, the plan was to get him ready for the second Test in Adelaide. With the limited build-up we have had so far on the tour, both him and the management didn’t want to take the risk of him playing after what had happened in 2019 at Edgbaston when he broke down on the first morning,” stated an ECB statement, as reported by ESPNcricinfo.

“He bowled at full capacity yesterday for just short of an hour and was in a good place physically. He will do the same again today at practice. He will stay with the Test group this week and work with the coaches at the Gabba rather than playing for the Lions,” it added.

Cricket Australia (CA) on Monday had confirmed that the fifth men’s Ashes Test match will be relocated from Perth Stadium due to Covid-19 pandemic-related restrictions.

CA and Western Australian Cricket (WA Cricket) have worked closely and constructively with the Western Australia Government and Perth Stadium over several months, with the shared goals of prioritising the health and well-being of the WA community, while providing the best possible environment for the players, their families, match officials, staff and broadcast partners.

Discussions about a replacement venue for the fifth Test match are underway.

After a rain-hit Day 3, Bangladesh lost seven wickets in quick time and were in deep trouble, reduced to 76/7 at Stumps on Day 4. 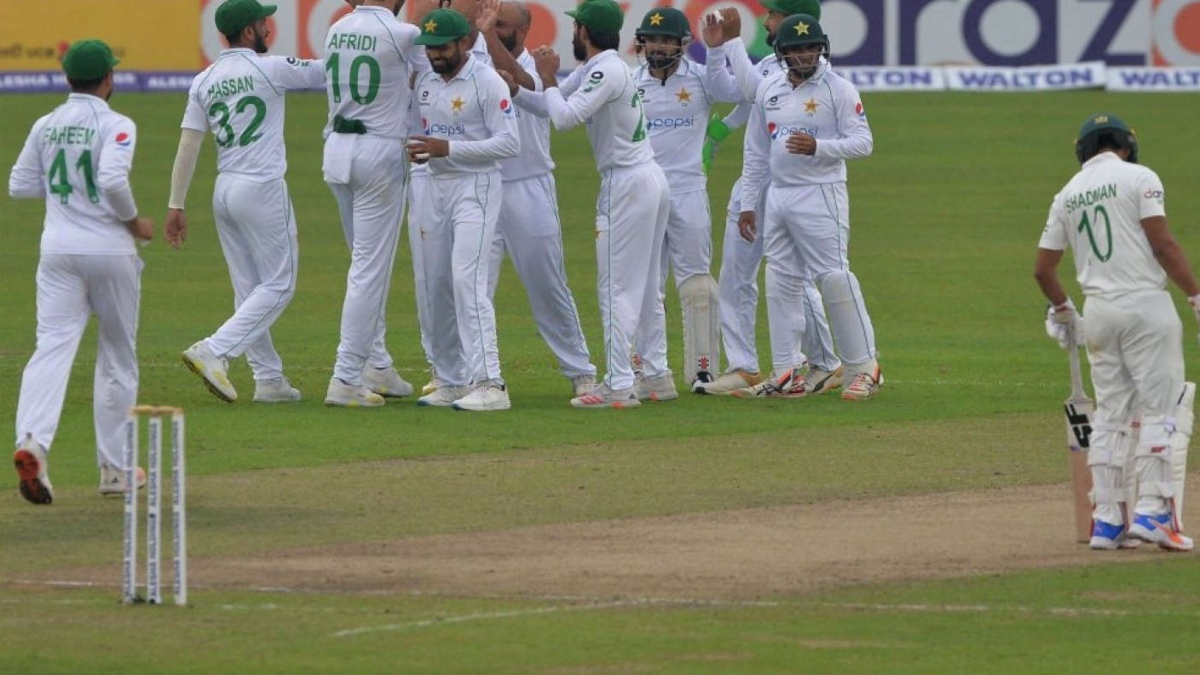 Pakistan’s hopes of collecting maximum World Test Championship (WTC) points from a rain-marred second Test got a real impetus from off-spinner Sajid Khan as Bangladesh were left wobbling at 76 for seven and requiring another 24 runs to avoid a follow-on at the Sher-e-Bangla National Stadium in Mirpur on Tuesday.

After only 63.2 overs were bowled in the first two days and the third day was completely rained-off, Pakistan declared their first innings at 300 for four after resuming at 188 for two. In the 26 overs Bangladesh played on Tuesday, Sajid Khan returned figures of 12-3-35-6 to put Pakistan in sight of a possible victory that looked unlikely and unexpected when play commenced on the fourth day.

This was Sajid Khan’s best figures in a four-Test career after his first three Tests had yielded six wickets. His best performance in a 43 first-class matches career is also 6-35, which he is expected to improve on Wednesday, of course, weather permitting.

While Sajid mesmerised all the top-order batters, only Nazmul Hossain (30) and Shakib Al Hasan (23 not out) offered some resistance to keep Bangladesh’s slim hopes alive in the Test.

Earlier, Pakistan batted for just over 35 overs in which they added 112 runs and lost the wickets of overnight batters Babar Azam (76) and Azhar Ali (56) to declare at 300 for four.

However, Mohammad Rizwan and Fawad Alam put together an unbroken 103-run fifth-wicket stand to put Pakistan in a position where they could afford to declare and try to make a match out of it.

Rizwan returned unbeaten on a 94-ball 53 that included four fours and a six, while Fawad’s 50 not out came off 96 balls and was laced with seven fours.