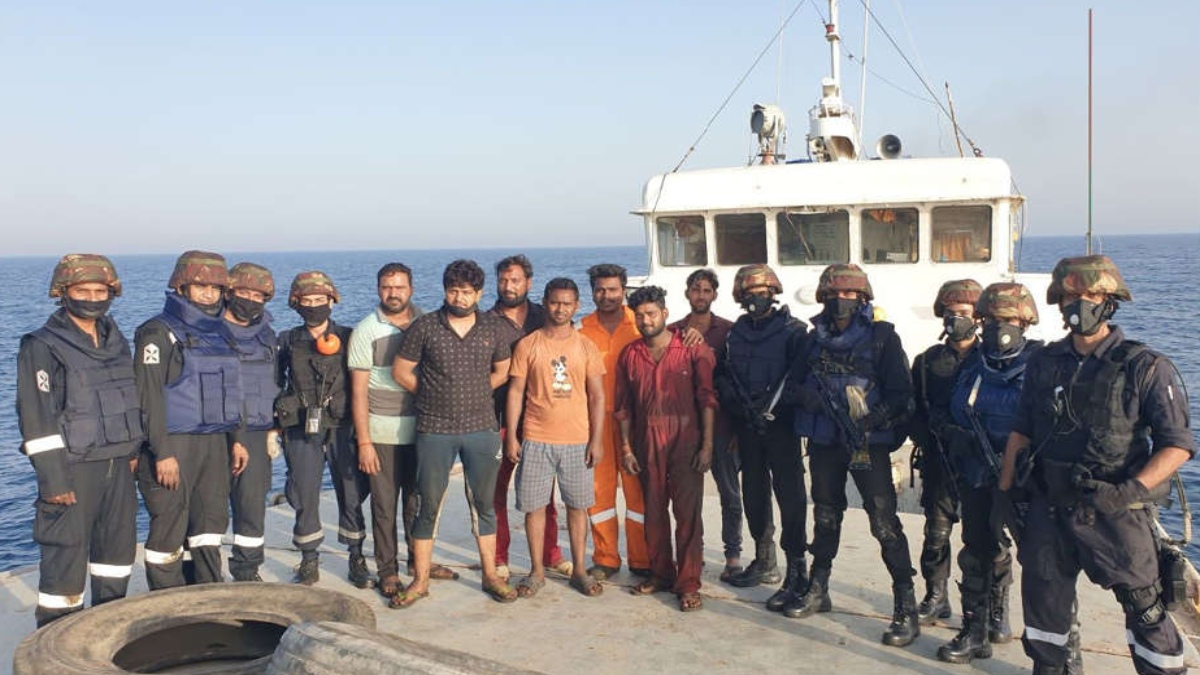 NEW DELHI: On 11th March, Indian Naval Ship (INS) Talwar, deployed for ‘Operation Sankalp’ in Gulf of Oman received a distress call from a stranded cargo ship MV Nayan, requesting for assistance. The cargo ship, on transit from UAE to Iraq, was adrift since 9th March owing to failure of its propulsion, power generation machinery and navigational equipment.

Based on preliminary aerial assessment about the situation onboard MV Nayan, the Indian Naval ship dispatched its VBSS (Visit Board, Search and Seizure) team along with a technical team to offer assistance to the UAE flagged vessel with an ‘all Indian’ crew. The naval teams worked continuously for seven hours onboard Nayan to operationlaise her equipment viz both generators, steering pump, Sea Water Pump, Compressor and Main Engine thereby making the vessel seaworthy again. The naval team also assisted in operationalising the navigation equipment like GPS and navigation lights before MV Nayan could resume her passage.

In the backdrop of the prevailing maritime security situation in the Gulf region, Indian Navy had commenced Maritime Security Operations, named Op SANKALP, in the Gulf Region on 19 June 2019 to ensure safe passage of Indian Flag Vessels transiting through the Strait of Hormuz. Indian Navy warships and aircraft continue to be deployed since then in the area to establish presence, provide a sense of reassurance to the Indian merchantmen, monitor the ongoing situation and respond to any emergent crises.

Indian Naval Ship Talwar is presently deployed for Operation Sankalp in the Persian Gulf. Till date, since June 2019, 20 Indian warships have been deployed and 216 Indian Flag Vessels carrying 21.3 Million Tonnes of cargo have been provided safe passage.