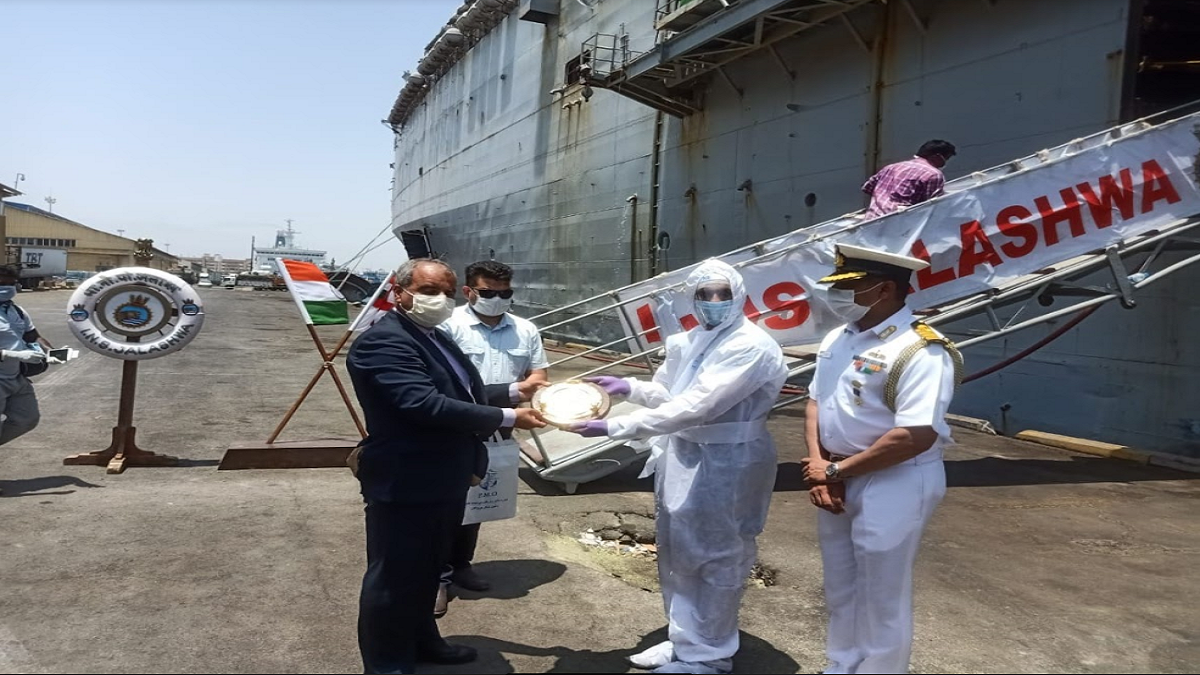 INS Jalashwa arrived off Bandar Abbas, Iran, on the evening of 24 June 2020 and entered harbour on 25 June 2020 for another mission under the Indian Navy’s Op Samudra Setu. The ship embarked 687 Indian citizens after the mandatory medical and baggage screening. During the transit to Iran, the crew of INS Jalashwa undertook preparatory activities for evacuation operation which included sanitisation and preparation of living spaces for evacuees, preparation of welcome kits comprising masks and toiletries followed by allocation of bunks as per passenger manifest received from the Indian Embassy in Tehran. The ship also handed over two Air Evacuation Pods indigenously developed by the Indian Navy, to the Iranian authorities.

Living spaces onboard Jalashwa have been divided into three zones, while adhering to Covid-19 precautions, with zones earmarked for embarked personnel as well as the ship’s crew that may frequently come in contact with them. The ship sailed out of Bandar Abbas late in the evening on Thursday on completion of embarkation.