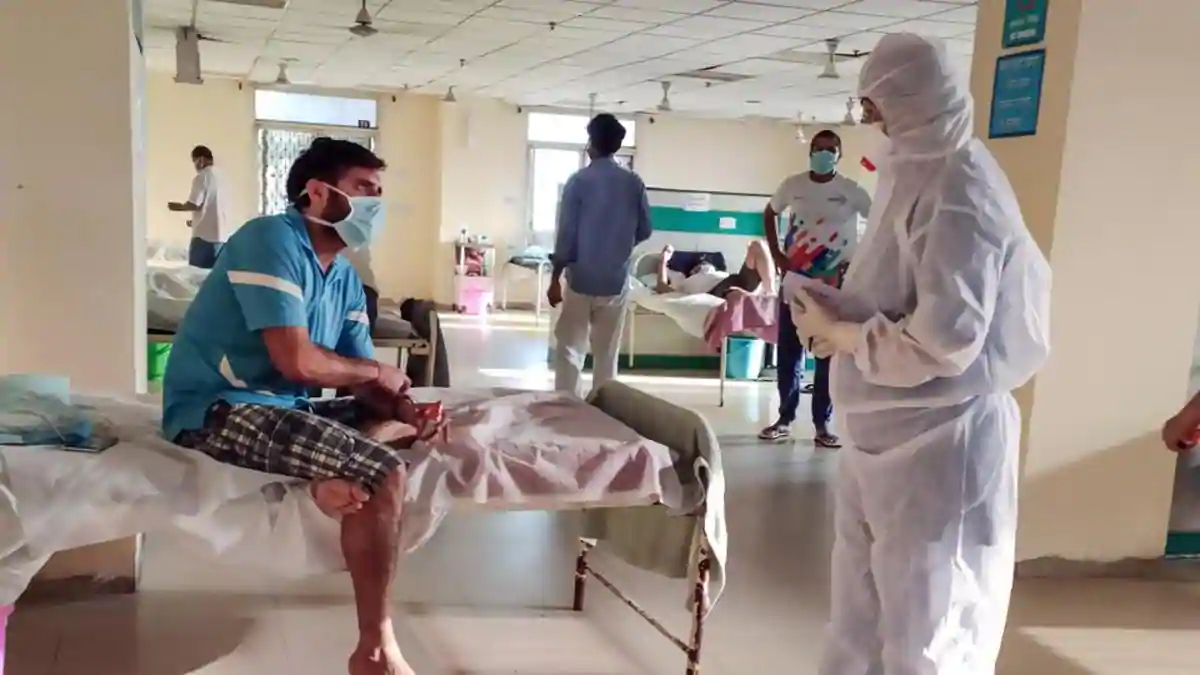 Maharashtra remains the worst-affected state in the country with 1,47,741 cases. The active cases in the state are 63,357. The number of people cured or discharged stands at 77,453 while the death toll is at 6,931.

Prime Minister Narendra Modi on Friday said that till the time a vaccine is not developed for COVID-19, all have to maintain ‘do gaj ki doori’ (two yards distance) and wear face masks.

Assam Health Minister Himanta Biswa Sarma informed that a complete lockdown will be imposed in the entire Kamrup Metropolitan district from the midnight of June 28 for the next 14 days, due to rise in COVID-19 cases.

The Central government said that the North-eastern states have a lower number of COVID-19 positive cases as compared to the rest of the country.

According to the central government, there are 3,731 active cases in the northeast, while 5,715 patients have recovered so far.

As many as 123 more corona-positive cases have been reported from Bihar on Friday, taking the tally of coronavirus cases in the state to 8,611, said the State Health Department.

Two deaths and 190 more cases of Covid-19 have been reported from among the Maharashtra Police personnel on Friday, taking the total number of cases among state policemen to 4,516, the police said.

As many as 868 cases of Covid-19 have been reported in Border Security Force (BSF) so far, including 245 active cases, informed BSF.

Till now, 618 coronavirus patients from BSF have been cured after treatment, while five deaths have been reported due to the virus.

While in Odisha, as many as 218 new Covid cases were reported in the state yesterday; the total number of positive cases in the state stands at 6180, said Odisha Health Department.

Jharkhand has reported 2,262 Covid-19 confirmed cases so far including 645 active cases, 12 deaths and 1,605 cured/discharged/ migrated, according to the Ministry of Health and Family Welfare.

On the other hand, Madhya Pradesh has reported 12,596 COVID-19 positive cases so far while Puducherry has reported 502 Covid-19 cases till now, according to the Union Health Ministry.

Telangana has reported 11,364 Covid-19 positive cases so far, according to the Ministry of Health and Family Welfare.

Uttar Pradesh has reported 20,193 Covid-19 positive cases till now including 6,463 active cases, 13,119 cured/discharged/ migrated and 611 deaths, according to the Ministry of Health and Family Welfare.

The total number of COVID-19 cases in the Mizoram is 147 including 100 active cases and 47 cured/discharged, said Department of Information and Public Relations, Government of Mizoram.