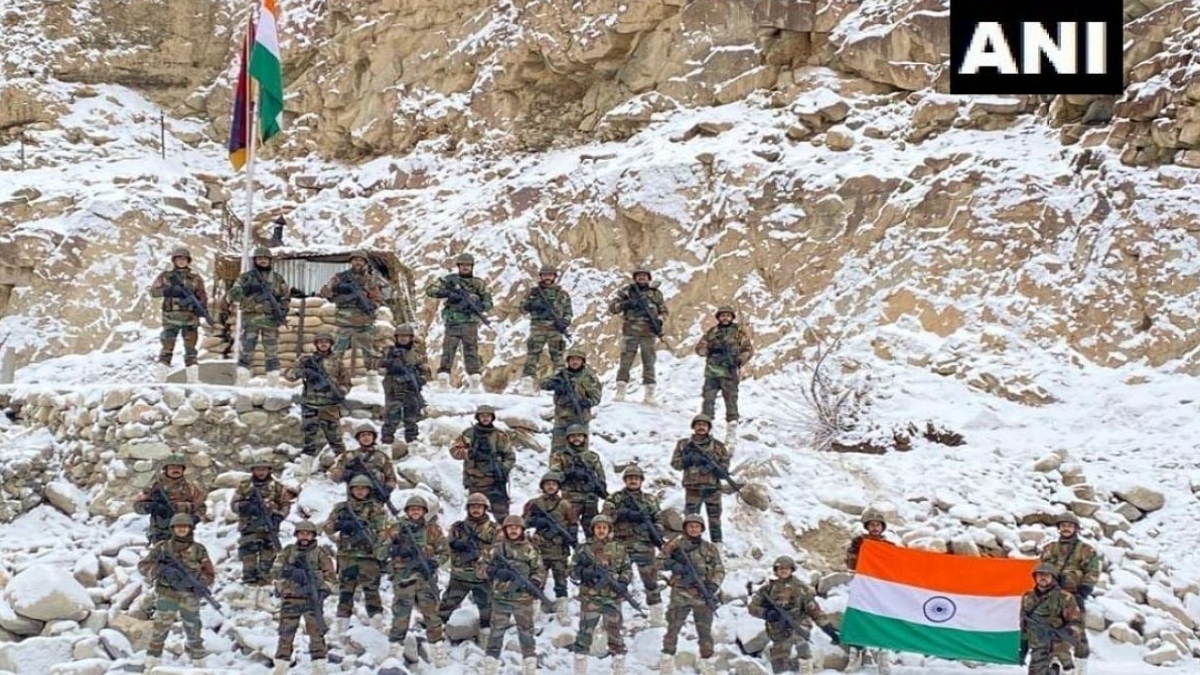 The Indian Army unfurled the Tricolour in the Galwan valley, Ladakh, on the occasion of New Year. As per sources in the security establishment, the Indian Army personnel had hoisted the National flag in Galwan on New Year’s eve. The move comes amid reports in a section of media that claimed that Chinese soldiers had displayed their flag in the region a few days ago.

Earlier, the media reported that the Chinese government had sought to “rename” 15 places in Arunachal Pradesh in its map two days ahead of implementing a new border law. The Indian government on last Thursday said that it has seen reports of China attempting to rename some places in Arunachal Pradesh “in its own language” and asserted that the border state has been and will always be an integral part of India and “assigning invented names does not alter this fact”.

In response to a media query on reports that China has renamed some places in Arunachal Pradesh in its own language, Ministry of External Affairs Spokesperson Arindam Bagchi had said China had also sought to assign such names in April 2017.

After the Galwan clash in 2020, several rounds of military and diplomatic talks have ended in a stalemate. Disengagement at some border points did take place but by and large, there is an impasse on complete disengagement. Disengagement at Depsang and Hot Springs remains a key sticky point.

A huge build-up of forces on each side of Eastern Ladakh even during harsh winters indicates that conflict is far from being defused. India maintains that the situation along the Line of Actual Control (LAC) had been caused by unilateral attempts of the Chinese side to alter the status quo and in violation of the bilateral agreements. It was, therefore, necessary that the Chinese side take appropriate steps in the remaining areas so as to restore peace and tranquillity along the LAC in the Western Sector.

Meanwhile, Congress leader Rahul Gandhi on Tuesday questioned the alleged silence of Prime Minister Narendra Modi over reports of China constructing a bridge on the Pangong Tso Lake in Ladakh near the Line of Actual Control (LAC). “PM’s silence is deafening. Our land, our people, our borders deserve better,” Gandhi said on Twitter. He cited a news report claiming that the Chinese have been constructing a bridge on Pangong Tso Lake for over two months which is extremely close to the LAC. The bridge will connect the north and south bank of the lake, the report claimed. The Congress and Gandhi have been critical of the government’s handling of the border situation with China in eastern Ladakh, that has also seen bloody clashes between the Indian and PLA troops last year.