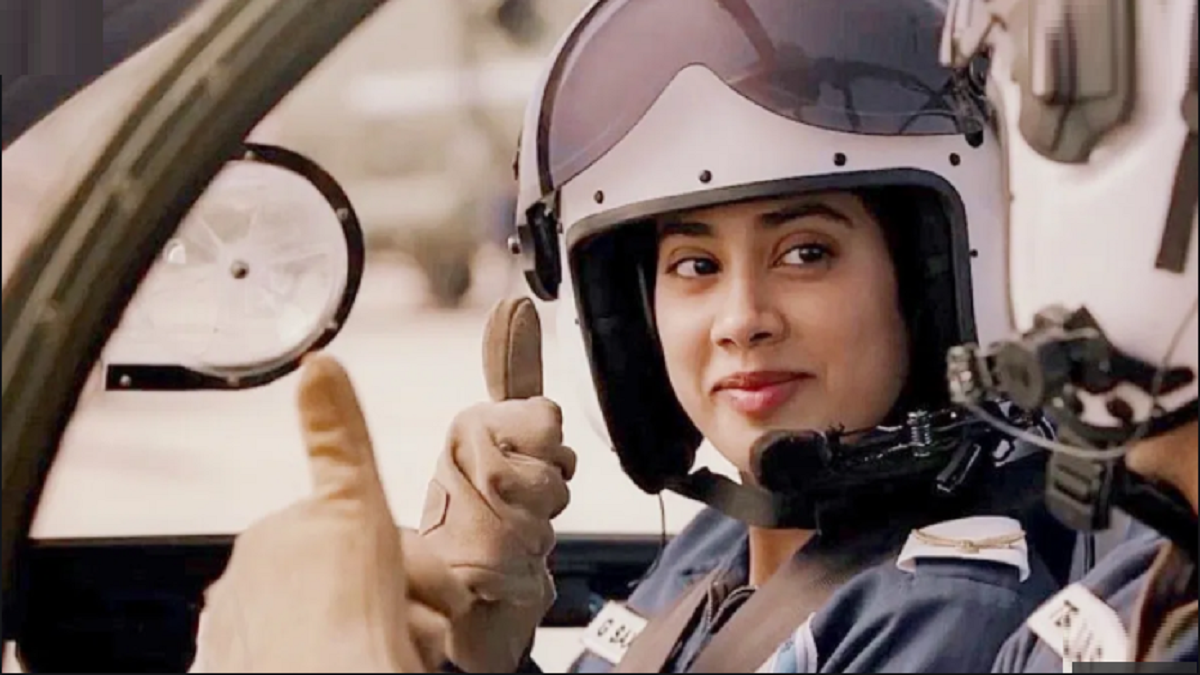 The Janhvi Kapoor-starrer Gunjan Saxena: The Kargil Girl has been in the storm with the Indian Air Force (IAF) writing a letter to the Censor Board objecting to its “undue negative” portrayal of IAF.

The film is a biopic on IAF pilot Gunjan Saxena, the first Indian female Air Force pilot in combat zone during 1999 Kargil war.

Following the film’s OTT release, the IAF has written to the Censor Board, sending it to Netflix and Dharma Productions as well.

“In the aim to glorify the screen character of ex-Flt Lt Gunjan Saxena, Dharma Productions presented some situations that are misleading and portray an inappropriate work culture especially against women in the IAF,” reads the letter.

Several IAF officers, including Gunjan’s course-mate, Flight Lieutenant Sreevidya Rajan (retd), have claimed that facts are being “twisted” by the filmmakers.

The real-life Gunjan Saxena has responded to the row around her biopic, saying that she is trying to clear the dust after “some people have tried to distort the basic founding values of my existence and identity”.

Gunjan said she did not understand why someone wanted to shoot a biopic on her life. “I wasn’t really convinced as to why someone would want to do a movie on my life. You have lived your life so you don’t find it exciting. It’s exciting only when someone else looks at it,” she said.

“Dharma Productions sent us the final copy for our perusal and we had some concerns, which were communicated. We requested minor alterations but they haven’t been done. So we wrote a formal letter,” the IAF spokesperson said.

With all the heated debate around Sushant Singh Rajput’s death, Gunjan Saxena, which stars Janhvi Kapoor, was already trolled for promoting nepotism. However, the film’s portrayal of sexism in the IAF seems to have only worked as a final nail in its coffin.

Want to keep both actor & singer happy in me, says Sara Khan

Prabhas teams up with ‘Tanhaji’ director for ‘Adipurush’