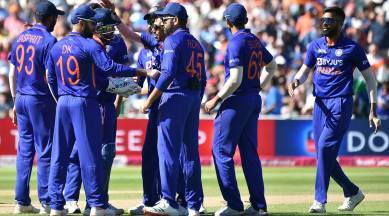 The first match of the 3-match ODI series between India and England (IND vs ENG) will be played at the Kennington Oval Stadium in London on Tuesday.

On the other hand, the England team would like to avenge the defeat in the T20 series. England performed modestly in the first two matches of the T20I series. But in the third match, the England team came back strongly and won by 17 runs.

Condition of the Pitch

The pitch at Kennington Oval will be very good for batting in the first ODI. A high-scoring match can be seen between both teams. Today the audience will be expecting an exciting match. The pace bowlers are likely to get some help with the new ball in the first few overs.

Meanwhile, talking about the weather, on Tuesday it will be sunny in London and rain will not hinder the match in any way.

There is no chance of rain. The pitch of Kennington Oval has always been very favorable for batting and even today, this ground can see high scoring matches.