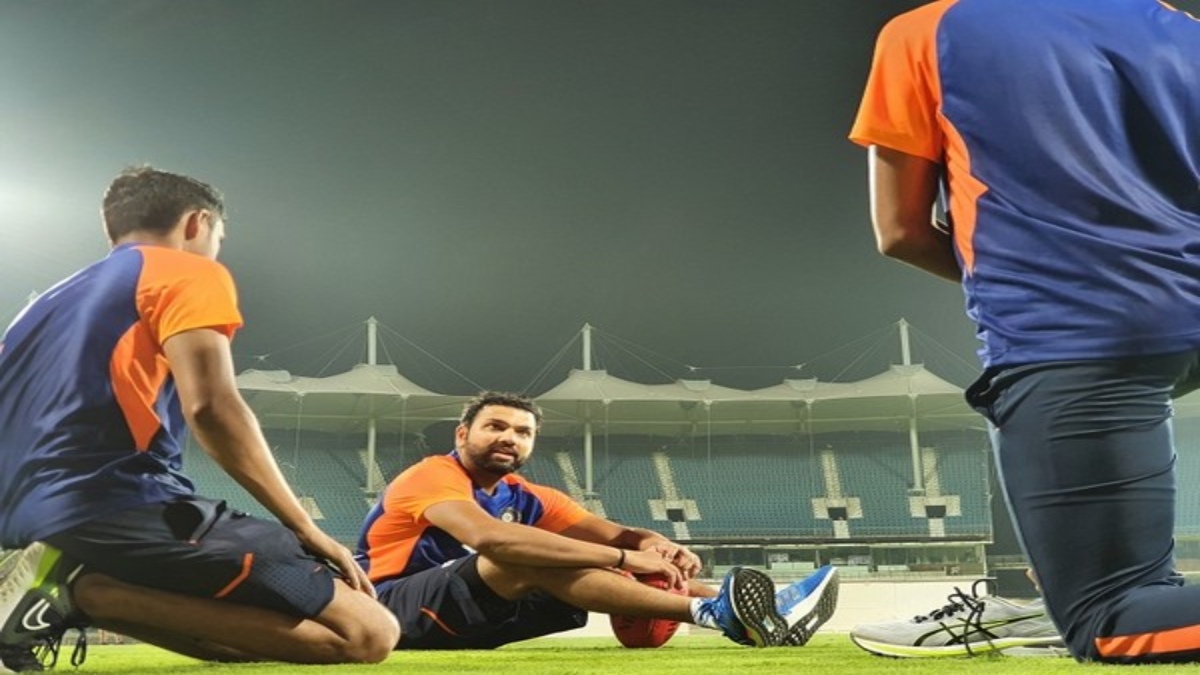 The Virat Kohli-led India squad had their first outdoor training session on Monday ahead of the first Test against England, slated to be played from February 5 at the MA Chidambaram Stadium.

Three RT-PCR tests for coronavirus were conducted at regular intervals and all the Indian players were tested negative. The hosts have been cleared to begin their nets sessions from Tuesday as they have completed the six-day quarantine. The Board of Control for Cricket in India (BCCI) on Monday shared a glimpse from the first outdoor session. In the pictures, the Indian players can be seen communicating with each other during the training session.

“Out and about at The Chepauk after 6 days of quarantine,” BCCI tweeted.

Meanwhile, the England squad has returned negative results in their third coronavirus test done on Sunday and is also out of quarantine. The Joe Root led squad will begin training on Tuesday at the MA Chidambaram Stadium.

The England squad will practice for the first time as a full group for three hours on Tuesday to get into the groove ahead of the four-match Test series.

“England PCR Test Results – 1 February 2021. All PCR tests from yesterday’s test have returned negative results. The England party are now out of quarantine and will train for the first time as a full group at the stadium tomorrow afternoon 2pm-5pm (IST),” said England and Wales Cricket Board (ECB) media team on Monday.

Ben Stokes, Jofra Archer, and Rory Burns began their training for the first Test against India on Saturday as the trio had arrived earlier after being rested for the Sri Lanka tour. India and England are set to lock horns in four Tests, three ODIs, and five T20Is.