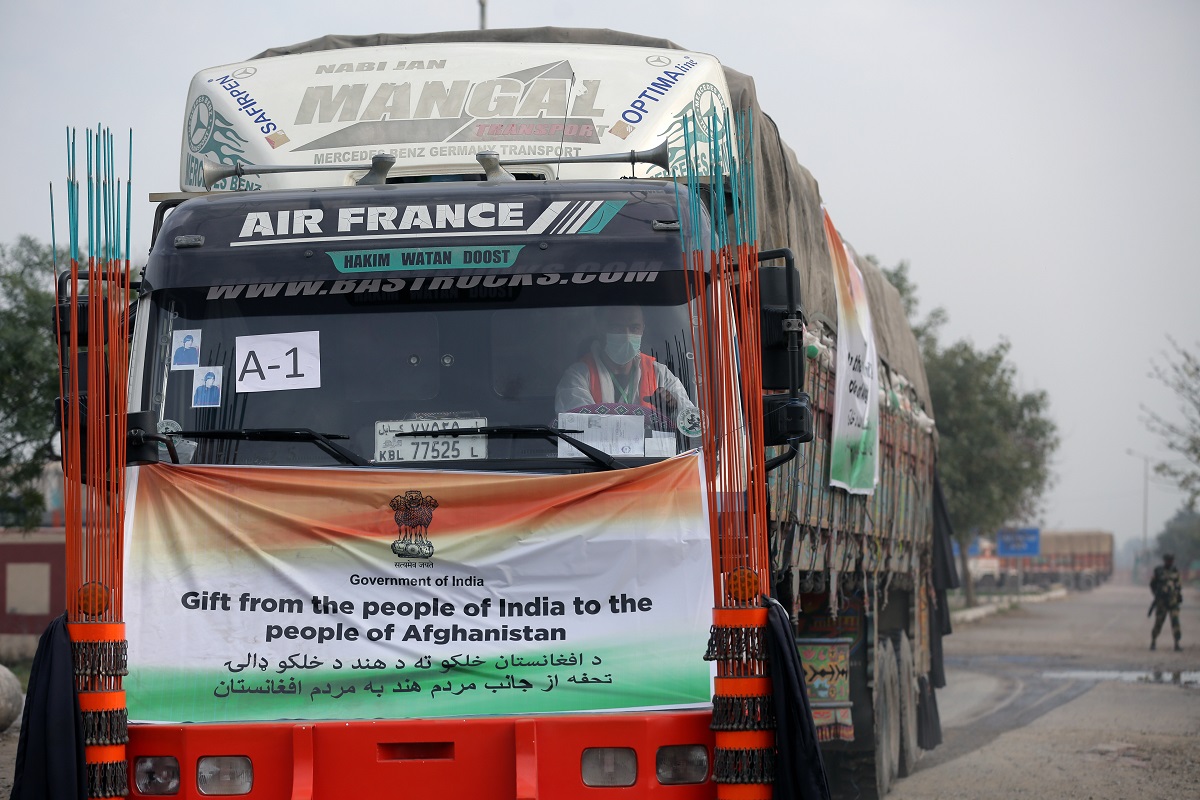 India has sent the 15th consignment of 2,500 MT of wheat to Afghanistan as humanitarian assistance via the Attari-Wagah border.

Balbir Mangat, Joint Commissioner, Customs on Saturday, said that a total of 36,000 MTs of wheat has been sent so far. Out of 50,000 MT which was promised by India, only 14,000 MT is left to be dispatched.

Earlier, in a humanitarian effort to aid Afghanistan, India had sent the next shipment of 3000 metric tonnes of wheat to Afghanistan, said Ministry of External Affairs spokesperson Arindam Bagchi in an official statement on last Saturday.

Taking to Twitter, Bagchi said, “India sent the next shipment of 3000 MTs of wheat today to Afghanistan. Our commitment to providing humanitarian assistance to the Afghan people remains steadfast.”

In partnership with World Food Programme, India has successfully completed the shipment of 33,500 MTs of wheat to Afghanistan, he had further added.

India had announced that it will send 50,000 metric tonnes (MT) of wheat to Afghanistan overland through Pakistan.

The first consignment of humanitarian aid of 2,500 tonnes of wheat from India reached Afghanistan’s Jalalabad through Pakistan on February 26 whereas the second convoy of India’s humanitarian assistance carrying 2,000 MTs of wheat left Attari, Amritsar on March 3 for Jalalabad, Afghanistan.

Moreover, India sent the third consignment of 2,000 metric tonnes of wheat to Afghanistan in 40 trucks via the Attari-Wagah border on March 8.

The fourth consignment of 2,000 metric tonnes of wheat was dispatched for Afghanistan via the Attari-Wagah border on March 15.

The Government of Pakistan, in November 2021, had approved, as a special gesture to the Afghan people, the transportation of 50,000 MTs of wheat and life-saving medicines as humanitarian assistance from India to Afghanistan via the Wagah border on an exceptional basis for humanitarian purposes, as per a press release by Pakistan’s Ministry of Foreign Affairs.The time period granted for transportation of the humanitarian assistance expired on 21 March 2022.

However, the Government of India requested for extension in the time period to complete the transportation process after which India was granted two months extension for the transportation of 50,000 Metric Tonnes (MTs) of wheat and life-saving medicines as humanitarian assistance to Afghanistan. (ANI)