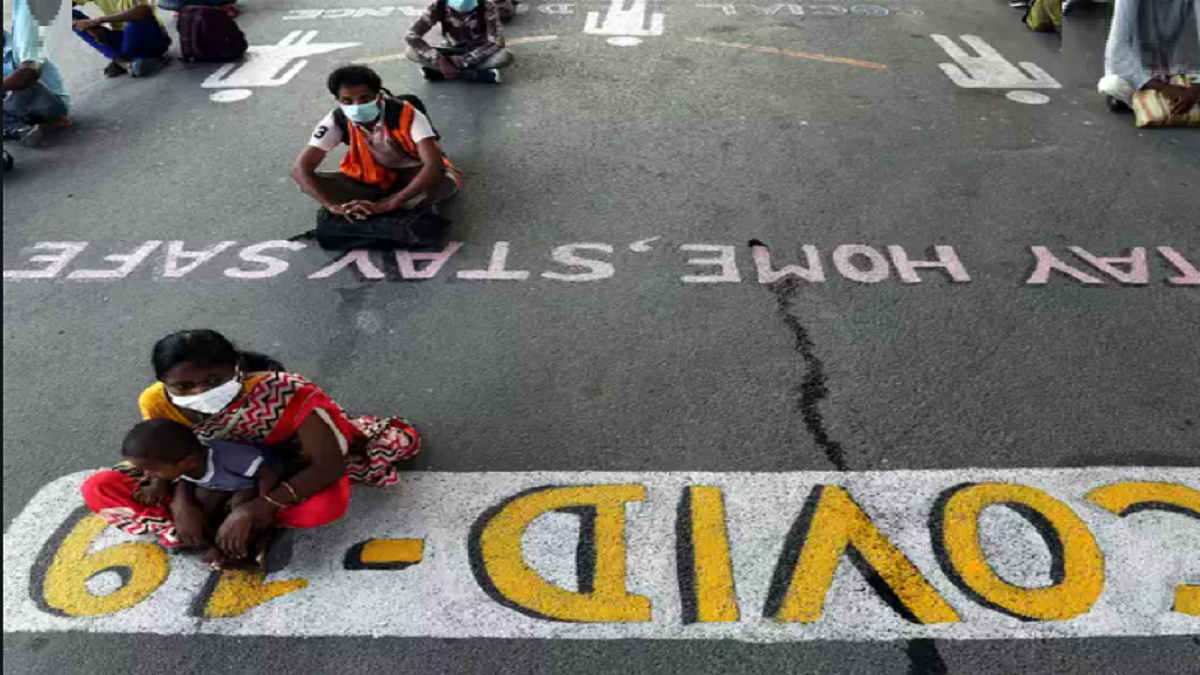 With the record spike of 24,000 Covid cases on Sunday, India surpassed Russia to become the third worsthit nation, with the number of cases standing at 6,90,396. India is now behind the US and Brazil, which have recorded 28,41,124 and 15,77,004 cases respectively. India also recorded 600 deaths on Sunday.

Maharashtra continues to contribute the maximum number of new cases every day, its rate of growth is still low. At 3.40 per cent, it is well below the seven-day compounded daily growth rate of 3.54 per cent. The state remains the country’s worst-affected state which recorded 6,555 fresh Covid-19 cases in the last twenty-four hours, taking the total count to 2,06,619 with 151 died due to the disease which took tally to 8,822. With 1,287 new cases, Mumbai now has 84,524 cases. The city recorded 69 deaths due to the coronavirus in the last 24 hours, taking its death toll to 4,899.

Meanwhile, Delhi recorded 2,244 fresh coronavirus cases in the last 24 hours, taking the tally in the city to over 99,000, while the death toll from the pandemic mounted to 3,067. Sixty-Three fatalities have been recorded in the last 24 hours. The total number of cases mounted to 99,444 while 3,038 people got discharged from hospital which took the recovery rate to a record 71.74%. The Principal Secretary of Delhi’s Health and Family Welfare department held a meeting with top officials for strengthening Covid-19 surveillance response in the national capital.

Gujarat, which usually ranks fourth in the worst-affected Covid state in the country, has reported its highest single-day spike of 725 new coronavirus positive cases, pushing the state’s overall tally to 36,123. Covid-19 claimed the lives of 18 more patients, taking the death toll in the state to 1,945. With 486 patients getting discharged, the number of recovered cases in the state grew to 25,900. The state now has 8,278 active cases.

For the last few days India’s coronavirus numbers have been powered mainly by the surge in the four southern states of Tamil Nadu, Karnataka, Telangana and Andhra Pradesh. These four states are now in the top ten list of states with maximum cases in the country, and at the moment these are the only four in the top ten where the coronavirus cases are growing at a rate faster than the national growth rate.

Tamil Nadu reported with over 4,000 fresh cases for the fourth straight day, taking the tally to 1,11,151. The state added 4,150 cases while 60 people succumbed to the virus, pushing the toll to 1,510. While Karnataka also saw its biggest 24- hour jump with 1,925 new Covid-19 cases taking the total case count to 23,474. The death toll in the state also increased to 372 after 37 more virus-related fatalities were reported. There are 13,251 active cases in the state, while 9,847 patients have been discharged after recovering from the highly contagious disease.

Govt ready with new plan to control corona in Delhi