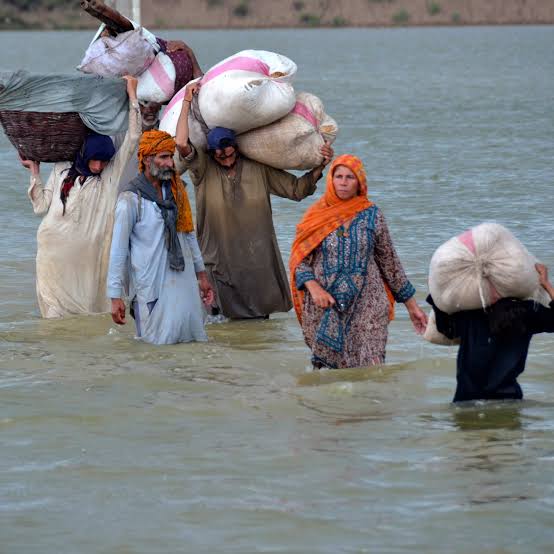 India has cleared the air regarding the resumption of trade with Pakistan in the wake of the devastating floods in the neighbouring country. In a weekly press briefing, Ministry of External spokesperson Arindam Bagchi clearly stated that he has nothing to add to statements on the possibility of India-Pakistan trade reopening.

Though Prime Minister Narendra Modi has expressed his condolences caused by the floods in Pakistan, the spokesperson said that if there is any further announcement regarding aid, he will make an announcement.

“PM Narendra Modi has shared his sadness at the devastation caused by floods in Pakistan and extended his condolences to the families of victims. If there is anything further, I have to say on this, I would be happy to share at that time. For the moment this is all that I have to say on the issue of assistance”, said Arindam Bagchi.

On Wednesday, Pakistan PM Shehbaz Sharif thanked his Indian counterpart Narendra Modi for his condolences over the human and material losses by the devastating floods.

“I thank Indian PM Narendra Modi for condolences over the human and material losses caused by floods. With their characteristic resilience the people of Pakistan shall, Inshallah, overcome the adverse effects of this natural calamity & rebuild their lives and communities,” Pakistan PM Shehbaz Sharif said in a tweet.

The tweet came in response to Prime Minister Modi’s tweet, where he said that he was saddened to see the devastation caused by the floods in Pakistan and hoped for an early restoration of normalcy.

On Wednesday, Pakistan Finance Minister Miftah Ismail said that international agencies have approached the country’s government to allow imports from India through the land border, however, the Pakistan government can consider it only after assessing the supply shortage position after consulting with its coalition partners and key stakeholders.

“More than one international agency has approached the government to allow them to bring food items from India through the land border. The government will take the decision to allow imports or not based on supply shortage position, after consulting its coalition partners & key stakeholders”, tweeted the minister.

Heavy rains across Pakistan have triggered flash floods, landslides and glacial lake outbursts. In July, the country received more than 60 per cent of the average annual rainfall with over 33 million people estimated to have been affected by the floods with more than 1000 deaths reported and about 1,500 injured.

JHARKHAND STUDENTS TIE TEACHER TO A TREE, BEAT HIM FOR POOR MARKS