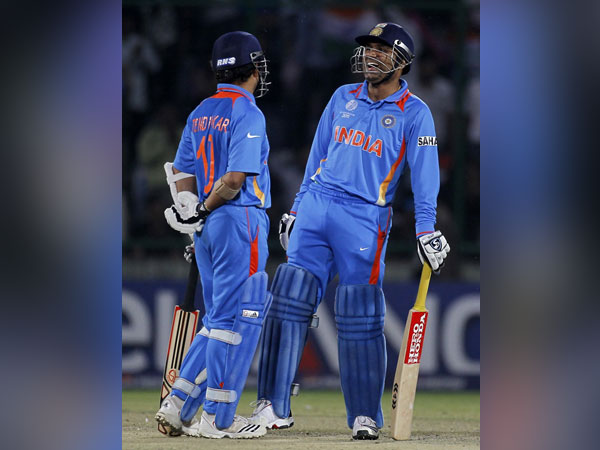 Raipur (Chhattisgarh) [India], March 4 (ANI): India, which had a great start to the Road Safety World Series with two back-to-back wins, are going to start strong favorites against Bangladesh in Raipur, which is yet to host a white-ball international fixture.
Cricket fans are going to have some seriously busy days ahead. With Team India already locked in some fun contests with England in daylight Tests, the evenings are going to be nostalgic as well as entertaining as India is set to host the Legends in the Road Safety World Series from Friday for the next 11 days.
Chhattisgarh’s capital city Raipur will roll out the lush green carpet of Shaheed Veer Narayan Singh International Stadium for Sachin Tendulkar’s Indian Legends and Bangladesh Legends led by Mohammed Rafique, the first match of the series which will see teams like Sri Lanka, South Africa, West Indies, and England participate.
And the series which got a massive response from cricket fans last year before being disrupted by coronavirus pandemic after four games, promises to be one exciting affair this year once again.
While Bangladesh may have their legends and past superstars like Rafique, Khaled Mahmud, Mohammed Sharif, Mushfiqur Rahman, A N M Mamun Ur Rashed, Nafees Iqbal, Abdur Razzak, Khaled Mashud in their line-up, Tendulkar’s team is going to have the upper-hand purely on their T20 and IPL experience.
Tendulkar himself has led multiple times IPL champions Mumbai Indians’ in the initial years. Virender Sehwag, Yuvraj Singh, and the latest addition to the squad Yusuf Pathan will give the firepower to an already strong top order.
Recently retired India cricketer and wicket-keeper Naman Ojha’s inclusion will not only help the Men In Blue behind the wickets but also give their solid batting more depth.
The bowling department of Tendulkar’s side is as strong as their batting. White ball in hand backed by Munaf Patel, Irfan Pathan, Manpreet Singh Gony, and Noel David.
Left-arm spinner Pragyan Ojha, who retired from professional cricket not long ago, will be the star in the middle overs.
The wicket that has hosted IPL and Champions League T20 matches will play true to its nature which is a little slower. It will also be a challenging task to clear the big boundaries in Raipur.
Going by the stats, no team has managed to go 170 runs in the stadium, thus expect the games to be nail-biting affairs. (ANI)