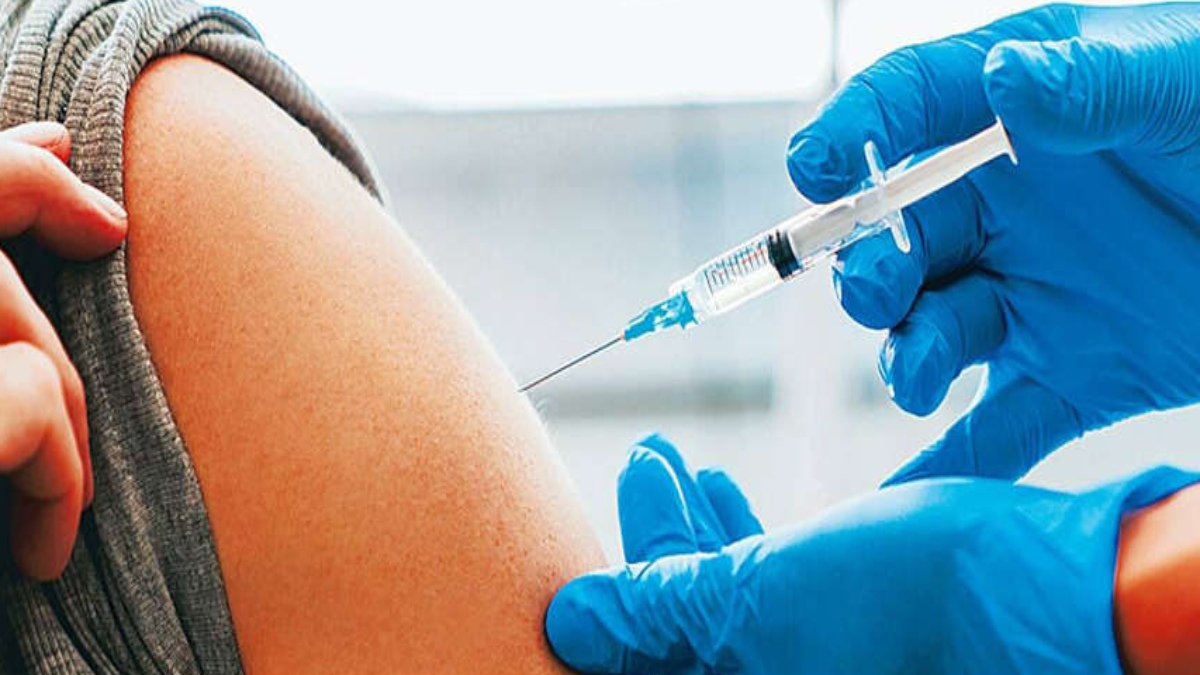 “It is a huge number in terms of statistics. It is not less than a surprise for most of the big countries of the world. But it is a symbol of the capability of the 130 crore citizens of India. It is a symbol of self-confidence and self-reliance,” he said.

INDIA’S GDP ESTIMATED TO GROW BY 9.2% 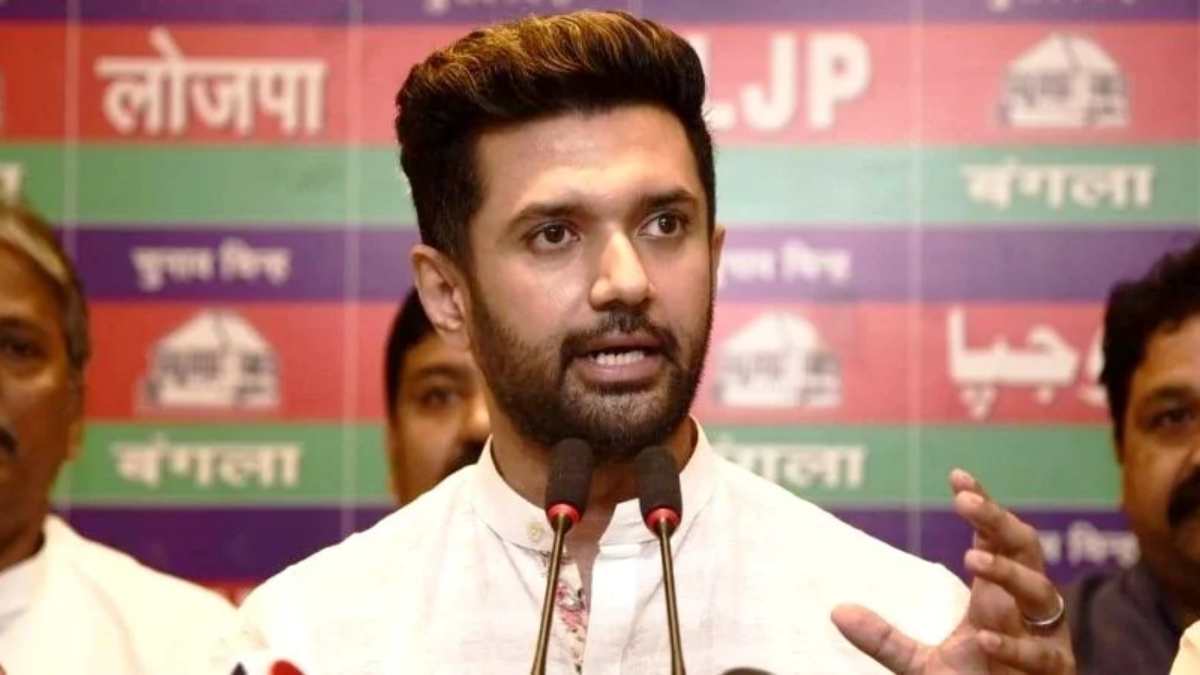 A day-long political drama in Bihar

An intense war of words unleashed in the political arena following Nitish Kumar’s break up with BJP. 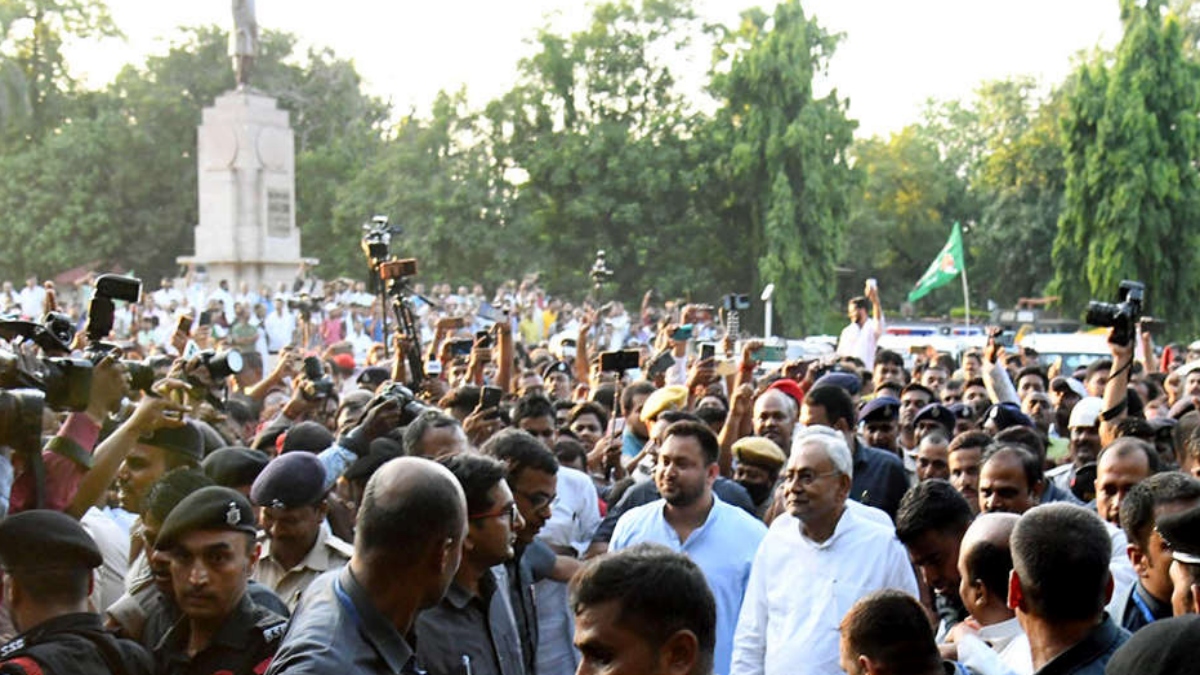 “Meeting with the MPs, MLAs and MLCs were held today. Everyone’s wish was that we should leave NDA. So as everyone wished, we accepted the same and I submitted the resignation from the post of the Chief Minister in the NDA government,” he added.

According to sources, many Janata Dal (United) legislators told Chief Minister Nitish Kumar in Tuesday’s meeting that the alliance with the Bhartiya Janata Party had weakened them since 2020.

Without naming Chirag Paswan, the legislators are reported to have recalled the actions of the former Lok Janshakti Party (LJP) chief during the 2020 state assembly polls while warning the CM that if they were not alert, it would not be good for the party. Paswan had fielded rebel BJP candidates on all seats fought by the JD(U) in the 2020 polls, in what some have alleged was part of a plot by the BJP to wedge its way into the ruling coalition in the state.

BJP DESTROYS PARTIES WITH WHOM IT FORMS ALLIANCE: TEJASHWI

While addressing a joint presser with new ally Nitish Kumar, Yadav said, “Across the Hindi heartland, BJP does not have any alliance partner. History shows that the BJP destroys the parties with whom it forms alliances. We did see that happening in Punjab and Maharashtra.”

Yadav was accompanied by JD(U) leader and caretaker Chief Minister Kumar, who broke his alliance with the BJP and entered into a tie-up with RJD and some other parties.

“Today all parties and members of the Bihar Legislative Assembly except the BJP have accepted Nitish Kumar as their leader,” added Yadav. He said, “JP Nadda said they will end regional parties. BJP knows only to intimidate and buy people. All of us wanted the BJP’s agenda shouldn’t be implemented in Bihar, we all know Laluji stopped the ‘Rath’ of Advaniji, and we won’t relent at any cost.”

The JD(U) and RJD together constitute a majority in the 243-member state assembly. JD(U) has 45 and the RJD has 79 MLAs. They also have the support of smaller parties like Jitan Manjhi’s HAM. The BJP has 77 MLAs in the state assembly.

Right after Nitish Kumar chose to resign as Bihar Chief Minister, the Bihar BJP expressed dissatisfaction and said that JD(U) had betrayed Bihar and the people’s mandate.

Addressing a press conference on Tuesday, BJP leader Ravi Shankar Prasad lashed out at Kumar for breaking aliance between their parties and staking claim to form government with RJD support saying he had “disrespected the mandate given by the people of Bihar. Addressing a short presser in Patna, Prasad said, “Kumar has left and said that BJP was trying to destroy his party…BJP made him a union minister several times. He was also made a Chief Minister. Why did he re-think his decision on alliance with RJD in 2015 and come to BJP in 2017?.” “Kumar is disrespecting the mandate of Bihar’s people. It’s a baseless allegation that BJP was trying to destroy JD(U),” said the former union minister.

Bihar BJP chief Sanjay Jaiswal said, “In the 2020 Bihar assembly elections, all of us contested under the NDA alliance and the majority and mandate was given by the people to JDU and BJP. However, as on date, Nitish played with the public mandate. JD(U) betrayed Bihar.”

“We were successful in winning 74 seats, but we fulfilled the promise made by the Prime Minister and Kumar became the Chief Minister of this NDA alliance. However, whatever happened today is a betrayal of the people of Bihar and the BJP,” he said.

Union Minister and BJP leader R.K. Singh raised questions over the political moves of Kumar asking how the JD(U) leader would justify an alliance with the Rashtriya Janata Dal (RJD) which he has often called “corrupt”.

“Fifteen years of RJD rule took the state backwards. Kumar also said this multiple times. How will he justify entering into an alliance with the RJD whom he said is corrupt? All of this is politics for power. There is no morality and he should be ashamed,” Singh, who hails from Bihar, told ANI.

However, a BJP leader has contradictory views. Union Minister Kaushal Kishor said that the BJP wants Kumar to continue as chief minister of the state.

Rumours of a growing rift between the BJP-JDU in the NDA alliance in Bihar intensified after Kumar skipped a key meeting of the NITI Aayog, headed by Prime Minister Narendra Modi, on Sunday and JD(U) leader RCP Singh tendered his resignation from the party. Singh, once considered a close aide of Kumar had announced his exit from the party after being served a notice seeking an explanation on allegations of corruption. However, BJP leaders have dismissed any estrangement with the JD(U). “Certainly the government under the leadership of Kumar will run firmly with the BJP alliance. As far as I’m concerned and if there was such a thing, it would depend on the time and circumstances,” said Kishor.

“I do not want to wish to comment over the political situations in Bihar, but there is no such attempt from the BJP which would have raised any dispute or confusion. JDU will take its call as per its ongoing meeting, but it is to underscore that the BJP definitely wants Kumar to continue as the CM of the state,” he said. Kishor said that the coalition government, comprising BJP, JDU, and all others, in the state will work more strongly for the welfare of Bihar and the countrypersons.