If players can travel, they can too: Rohit Sharma bats for neutral umpires 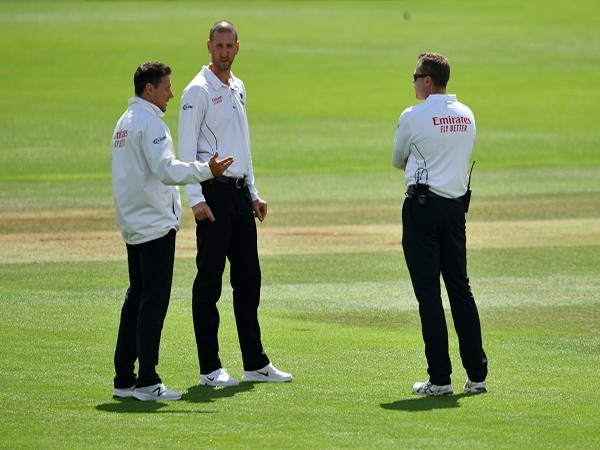 Ahmedabad (Gujarat) [India], March 10 (ANI): India opener Rohit Sharma doesn’t see any reason as to why neutral umpires cannot travel for the matches in the post-coronavirus era along with teams for a bilateral series.
Ever since cricket resumed after the coronavirus-induced lockdown, home umpires have been officiating in all international matches. The International Cricket Council (ICC) had brought in some changes for safe resumption of cricket, and one change was to have home umpires for all games in order to reduce travel.
“Yes (on ICC allowing neutral umpire), that can be an option, if players can travel, the umpires can travel as well. I don’t see any reason why umpires cannot travel. You know make them quarantine as well, make their life difficult as well (laughs),” said Rohit in a virtual press conference.
The opening batsman also praised the quality of umpiring during the recently concluded Test series against England played on challenging wickets.
“Having said that the umpiring in this Test series was brilliant. All three or four umpires who were part of the series did a terrific job, wasn’t easy because of the nature of the pitch,” said Rohit.
“They have to consider so many things before making a decision, ball was turning square it was bouncing as well sometimes ball was going straight. So I thought considering those factors, I think they did a terrific job,” he added.
Last year, India pacer Jasprit Bumrah had said it was “unfortunate” that umpires were not able to travel with the teams.
“It’s unfortunate that umpires are not able to travel but then it’s something that I don’t have the power of changing it. We try to focus on things that we can change and that’s the only thing our team is focusing on,” Bumrah had said during the Australia Test series. (ANI)