The forgotten general who never lost a war 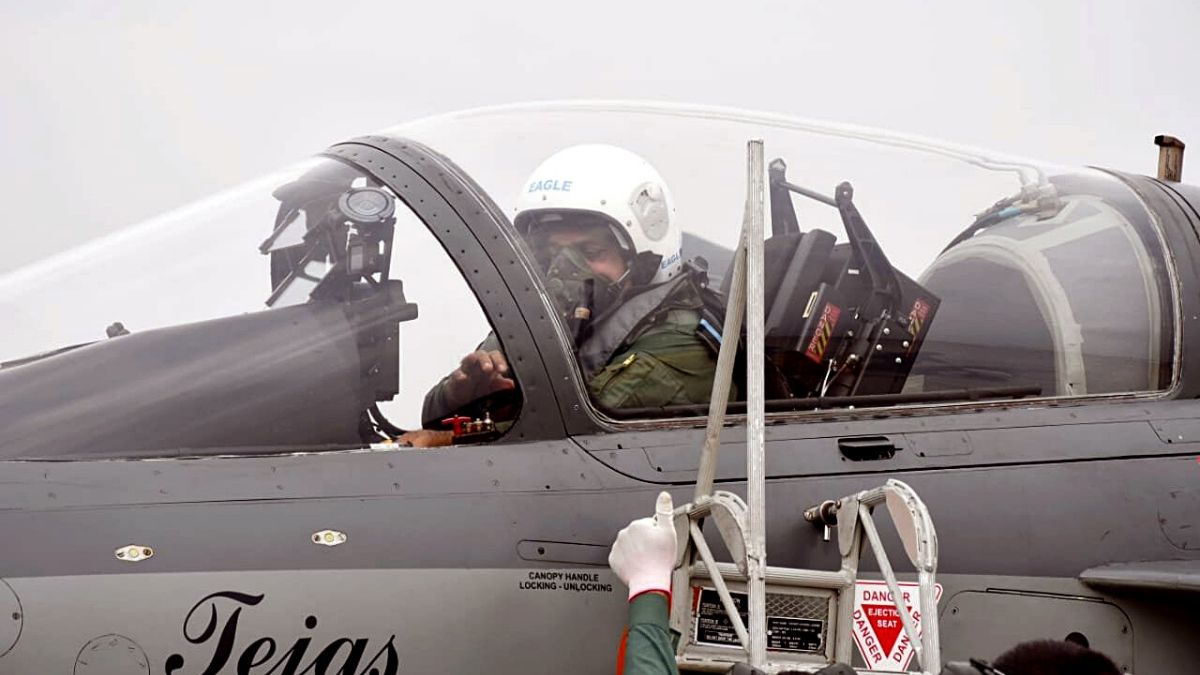 Indian Air Force (IAF) chief Air Chief Marshal R.K.S. Bhadauria on Wednesday flew the face of Make in India in defence, Tejas Mk I fighter jet at Air Force Station Sulur near Coimbatore to induct the second squadron of Tejas in the IAF. With this solo sortie of the Air Chief, the IAF formally inducted Tejas Mk-1 with Final Operations Clearance (Tejas-FOC) fighter jets into the recently resurrected No 18 Squadron, the “Flying Bullets”, marking yet another important step towards enhancing the operational capability of the Air Force.

The Squadron is the first in the IAF to induct this platform. This is also an important milestone in the India’s indigenous fighter aircraft programme and a significant boost to the “Make in India” initiative. Tejas Mk-1 FOC is a single engine, lightweight, highly agile, all weather multi-role fighter aircraft capable of air-to-air refuelling thus making it a truly versatile platform.

This squadron was operationalised by the IAF Chief. Since Tejas is jointly developed by the IAF, Hindustan Aeronautics Limited (HAL), Defence Research & Development Organisation (DRDO) & Aeronautical Development Agency (ADA), the Air Officer Commanding in Chief of the Southern Air Command, Air Marshal Amit Tiwari, and the Commodore Commandant of 18 Squadron, Air Marshal T.D. Joseph, R. Madhavan, CMD, HAL, Girish S. Deodhare, PGD (CA) and Director, Aeronautical Development Agency were also present during this ceremony. While addressing the personnel at AF Station Sulur, the CAS congratulated the HAL, ADA, DRDO, DPSUs, MSMEs and all agencies involved in the production of LCA for achievement of this historic milestone.

Just after the solo sortie, the Air Chief officially received the aircraft documents of the Tejas FOC version from the HAL CMD. The Air Chief further handed these over to the Commanding Officer of 18 Squadron Group Captain Manish Tolani, along with the ceremonial keys to the unit. Since it was a historic day for the IAF, the ceremony commenced with a fly past comprising of a helicopter formation of the Mi 17 V5 and the ALH, An-32 transport aircraft and Tejas Mk-1 fighters.

SQUADRON NO 18 ‘FLYING BULLETS’ HISTORY No 18 Sqn was raised at Ambala on 15 April 1965 with the Folland Gnat Aircraft. Flying Officer Nirmal Jit Singh Sekhon, the only Param Vir Chakra recipient of the Indian Air Force, was a part of the Squadron during the 1971 India-Pakistan War. The Squadron also has the unique distinction of having operated two HAL made aircraft, the Tejas and the Ajeet which it also operated from the same station.

Over the years it also operated MiG-27 ML aircraft from various bases across the country. The Squadron was number plated in Apr 2016. The Squadron falls under the operational control of Southern Air Command which is responsible for integrating the Squadron into the IAF Concept of Operations.

Across The Wall: From Nationalism To Aggression

OF SOLITUDE AND SUBSTANCE