I PLAN TO IMPACT ABOUT 15-20 MILLION LIVES IN NEXT FIVE YEARS: ATUL SATIJA - The Daily Guardian 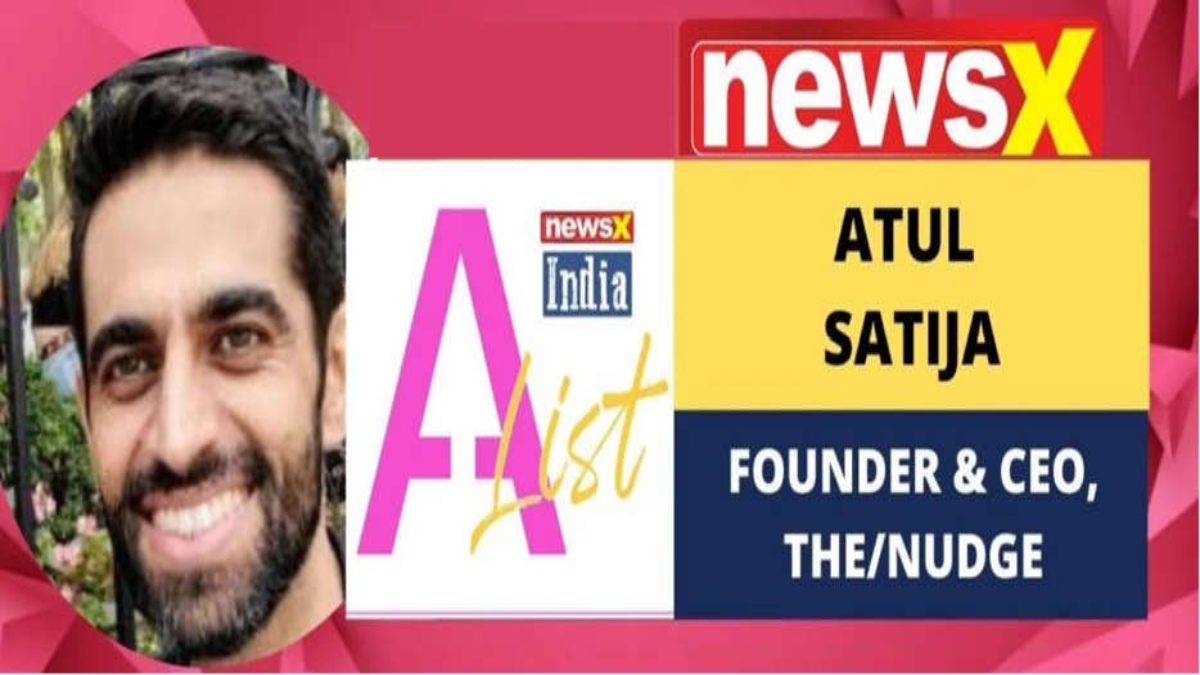 In an exclusive conversation with NewsX for its special segment NewsX India A-List, Atul Satija, Founder & CEO of The/Nudge Foundation spoke about the endeavours of his organisation and how they aim to revolutionise Agri-tech and other pressing challenges the country is facing.

Talking about his journey and how he found his true calling in the social sector, Satija said, “I started as an engineer-MBA harbouring the corporate ladder dreams, mostly because India did well in the technology sector and better than the other sectors in the last 20 years. I followed the same journey. But somewhere growing up, I had this notion that I want to do social work at some point in my life. I didn’t know when. As I entered my 30s, I started volunteering with a non-profit in Delhi and that’s how my journey in the social sector began.”

“I used to wait for the evenings and weekends to go and spend time in communities. My heart was in working on the grassroots and bringing social change, and not as much in the corporate rat race that I was in. I think nine years into it, I moved to Bangalore and worked in a startup, and six years back, I decided to make that switch. That’s how The/Nudge Foundation was born. It’s been six years of an impactful journey,” he continued. Satija started The/Nudge Foundation in 2015 as a non-profit poverty alleviation organisation. During its inception, The/Nudge Foundation started working with underprivileged groups in skill development who migrated to cities from rural areas and the organisation gave them skills, employability and jobs.

The founder threw light on the change his organisation is looking to create and how they are aiming to solve some of the most pressing challenges India is facing. “India has the second-largest number of extreme poverty in the world. The country has 175 million people below the poverty line so it’s a very large problem. The/Nudge was created to work on poverty alleviation. That’s the purpose with which we started but the way we do that is we are an action organisation,” he said.

“We want to be at the grassroots and keep our hands and feet ready. We want to learn from our on-ground work and learn from others’ on-ground work. Whenever we find a solution that works, we want to figure out a way to scale it working with the governments and markets. We see us as a development action organisation working on poverty alleviation, and wanting to bring about systemic change,” added Satija.

Poverty alleviation continues to be a multifaceted and complex issue. He shared the various angles with which The/Nudge Foundation approached it, “It is a complex problem with too many dimensions. One has to pick what you can do and leave the rest to the ecosystem. We focus on livelihoods as the main area which means that we are trying to tackle the income in the hands of the poor. We know that there is work to be done in public health, education and so many other areas but we chose livelihoods as our vertical focus. Livelihoods could be urban such as scale development, putting people in jobs, making sure that they are staying in those jobs, making money, financial security, social mobility, and more. In rural areas, it’s largely Agri and dairy and some allied services.”

Aiming to achieve their goals The /Nudge Foundation works across three different impact streams broadly which he elaborated: “First, is the Center for Skill Development and Entrepreneurship where we bring young people into skill programs and then we put them into service sector jobs. Second, we have the Centre for Rural Development and the third is the Center for Social Innovation where we focus on mostly talent moving into the social sector and being able to contribute to India’s journey.”

Satija acknowledged the pressing challenges to get talent and sustain it in the Indian development sector, “We were not a wealthy country during pre-independence and post-independence. What is happening in the first generation wealth is that everybody comes out of colleges thinking about their financial security, and supporting their immediate family and people around them. And that is the right thing to do. I think India is reaching a stage now, with the last 30 years of our growth particularly during post-liberalisation, where there is correct mental space to think about society at large and that is allowing millennials to think. It’s a great opportunity, I don’t think 20 or 30 years ago people were able to think that way. They had to solve their financial security and see this as a second career as I did.”

On a concluding note, Satija shared with us where he sees The/Nudge Foundation in five years, “Over the last five years we touched about 8-9 million lives across the country through our direct and indirect work. In the next five years, we want to continue on this path of being a development action organisation and be closer to seeing system change happen in the country, especially in scale development areas. I’m seeing The/Nudge Foundation impacting about 15-20 million lives in the next five years.”