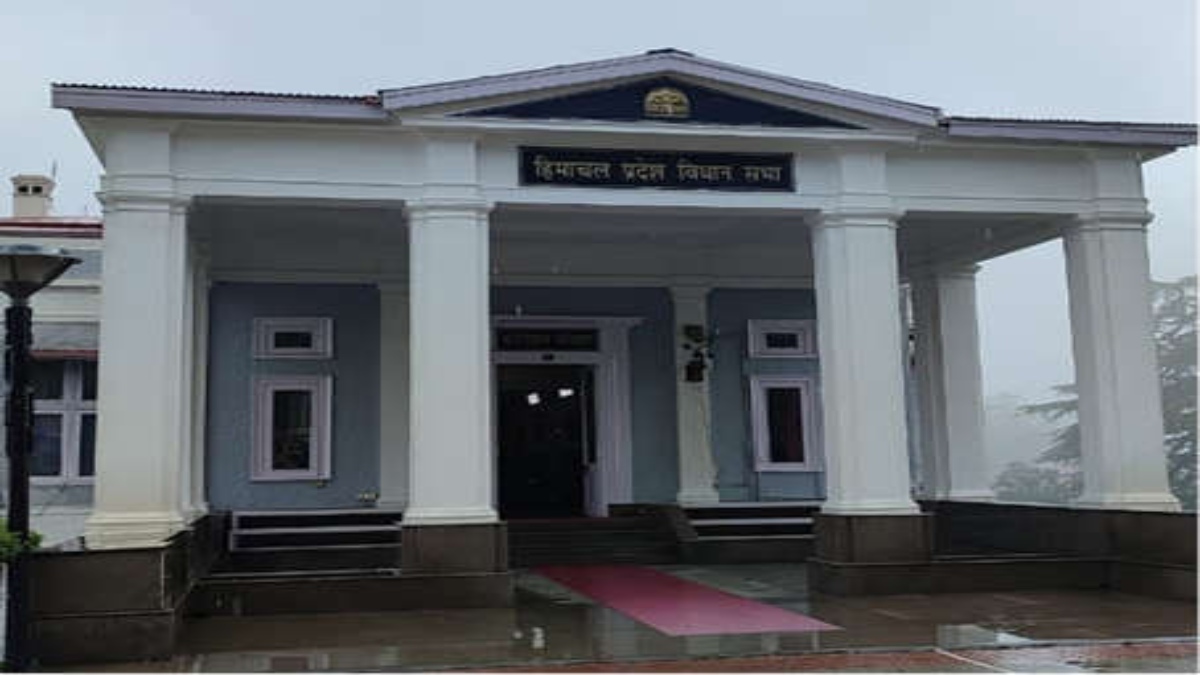 The monsoon session of the Himachal Assembly session is going to begin on 2 August. A total of 10 sittings will be held this time in the session.

The monsoon session of Himachal Vidhan Sabha will start from 2August. The session will last for 10 days. The Assembly Secretariat is preparing for the security and other arrangements. The deployment of adequate police personnel the CCTV vigil will also monitor the session.

During this season after almost six decades the august house, former Chief Minister Virbhadra Singh, who has been the Chief Minister six times, will not be there.

The opposition is gearing up to storm sessions with a strategy to surround the government in the assembly session on the various issues related to the general public.

At present, opposition have issues with the price of petrol and diesel along with the hike in consumer goods, inflation, and the Covid mismanagement in the state.

Whereas, the government is also prepaying with a long list of development work has done during the regime and prepaying to debate issues id the public interest in the floor of the house and to give befitting counter reply to the opposition.

The government’s failure in handling the pandemic with the problems faced by the people, will drow the attention of the house.

Natural calamity, loss of life and property would also call the attention of the house.

As per the information, govt is working on bringing several new bills in the session, in which 33% reservation for women in cooperatives and the school fees control law is currently the priority of the government.

Himachal Pradesh Assembly Speaker Vipin Singh Parmar said, that about 900 questions have been received by the Vidhan Sabha Secretariat, to date. Parmar said that during the session, the Vidhan Sabha Secretariat is preparing to discuss important issues related to the state in the larger public interest. For this, he will call an all-party meeting before the session for better coordination and floor management. Parmar said that during the session, the corona protocol will be strictly followed.

There will be 10 sittings in the session which will run from 2 to 13 August. Parmar told The Daily Guardian that there will be mourning on the first day. Condolence resolution will be brought in the house on the death of former CM Virbhadra Singh and Jubbal Kotkhai MLA Narendra Bragta.

Reportedly, 5 and 13 August are private member days. Amid Covid restrictions, the session has been kept for 10 days to complete the left out meetings in the budget session. As per the rules, it is necessary to have a minimum 35 sittings in the Assembly session in a year.

So far, 564 starred and 254 unstarred questions have been placed. There have been four discussions under Rule 101 and 5 under 130. The Speaker has called an all-party meeting on 1 August to conduct the session in a better way in which an attempt will be made to reach an agreement to run the session smoothly.

The Speaker, Vipin Singh Parmar, told that this time the visitors coming to meet the CM will be allowed to enter but the Covid protocol will be taken care of. Other people including the members coming to the assembly will also have to follow thermal scanning and corona protocol.