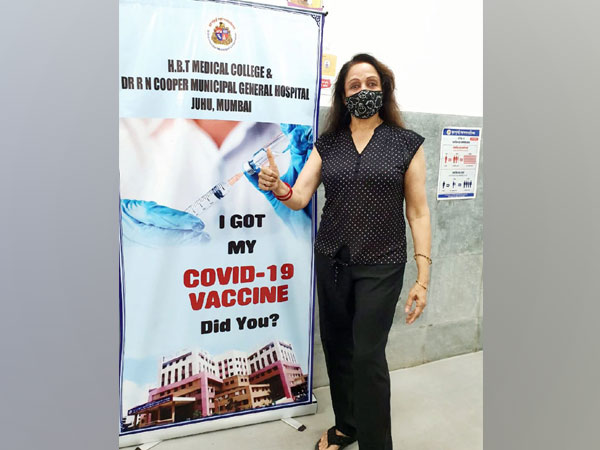 New Delhi [India], March 6 (ANI): Veteran Bollywood actor and Bharatiya Janata Party (BJP) MP Hema Malini on Saturday became the latest Indian celebrity to take a jab of the COVID-19 vaccine.
The 72-year-old star took to her Twitter handle and shared pictures of her taking the vaccination at Cooper Hospital in Mumbai. Along with the photos, she tweeted, “I have taken the Covid vaccine along with the public at Cooper Hospital.”
In one of the pictures, she can be seen sporting a black printed top paired with a matching face mask, as she receives the vaccine shot from a medical worker. 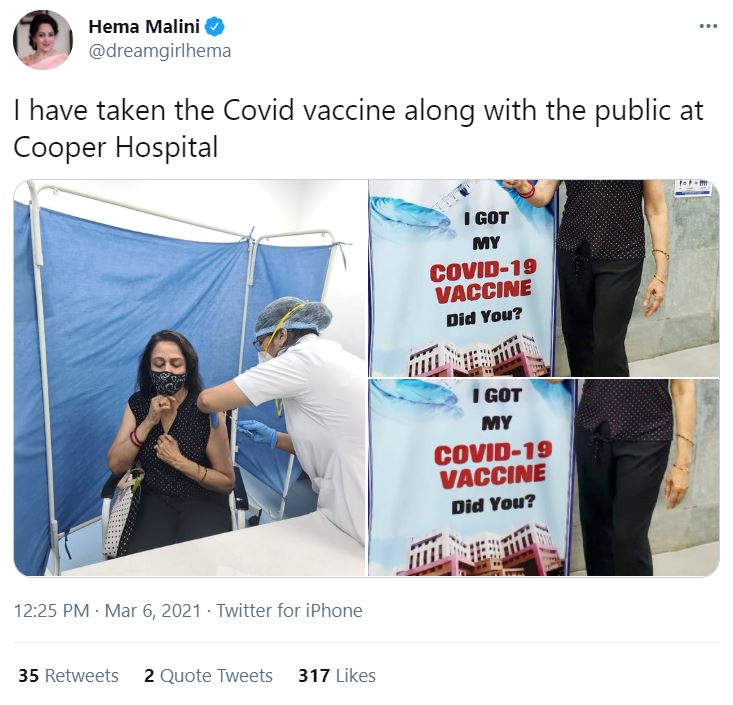 The ‘Dream Girl’ of Bollywood became the latest addition to the list of celebrities who have taken the vaccination. Earlier stars like Saif Ali Khan, Kamal Haasan, and Satish Shah had also received the vaccination shots.
On a related note, several leading Bollywood stars had contracted the deadly disease earlier. Actors like Amitabh Bachchan, Abhishek Bachchan, Arjun Kapoor, Malaika Arora, and others have been infected with the virus.
In March 2020, Bollywood singer Kanika Kapoor, who rose to fame with her song ‘Baby Doll’, became the first Bollywood celebrity to become a victim of COVID-19. (ANI)