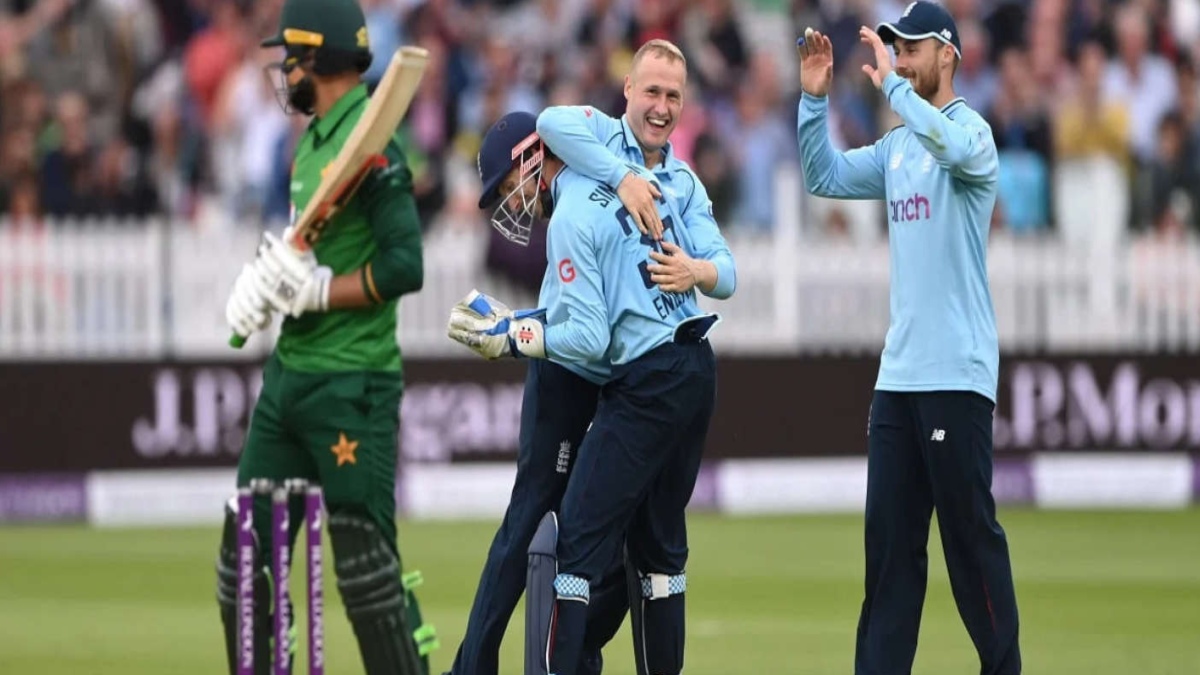 Hasan Ali collected his fourth five-wicket haul but his sublime efforts went in vain following a below-par top-order batting display by Pakistan as England registered a 52-run win in the second ODI on Saturday.

England have now gained an unassailable 2-0 lead in the three-match series following their nine-wicket victory in the first match played in Cardiff on Thursday. Chasing 248, Pakistan got off to a bad start and the side lost four wickets with just 53 runs on the board. Imam-ul-Haq (1), Babar Azam (19), Fakhar Zaman (10), and Mohammad Rizwan (5) were all sent back cheaply and Pakistan was left in a spot of bother.

Saud Shakeel and Sohaib Maqsood put on 33 runs for the fifth wicket, but as soon as Pakistan’s innings started to come on track, Maqsood (19) lost his wicket to Craig Overton, reducing Pakistan to 86/5. Shadab Khan (21) and Faheem Ashraf (1) were also not able to stay at the crease for a long haul, and as a result, Pakistan was left staring down the barrel at 118/7 and the visitors still needed 130 runs for the win.

The left-handed Saud fought a lone battle and ended up as a top-scorer with a gritty 56 (4×4), while Hasan Ali entertained an almost full house by clubbing three sixes and two fours in a 17-ball 31. Shadab Khan chipped in with a 20-ball 21 before Pakistan was folded for 195. Earlier, Hasan Ali’s five-wicket haul helped Pakistan restrict England to 247. Philip Salt top-scored for England as he played a knock of 60 runs. Sent into bat, England got off to a bad start as Dawid Malan (0) and Zak Crawley (0) were dismissed in quick succession with the score being just 21.

Philip Salt and James Vince then put on 97 runs for the third wicket and England took full command of the match. However, Pakistan stormed right back into the match as Hasan Ali ripped through England’s middle-order and England was reduced to 160/7 in the 28th over. Lewis Gergory (40) and Brydon Carse (31) made useful contributions lower down the order and as a result, England’s score went past the 240-run mark.

INDIA NEED TO UP ITS GAME IN TOKYO