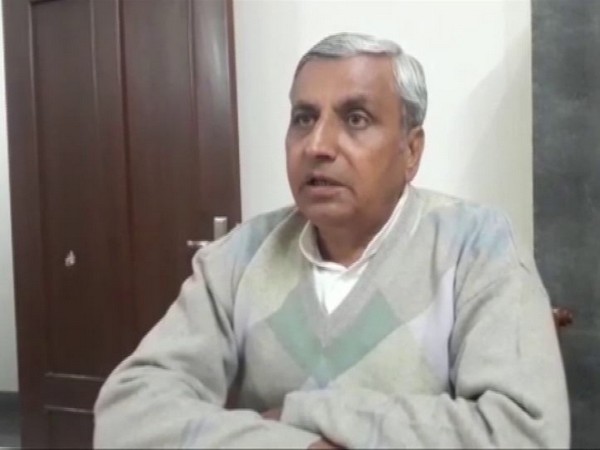 Bhiwani (Haryana) [India], February 14 (ANI): After stoking controversy with his ‘they died of their own will’ remark against agitating farmers, Haryana Agriculture Minister Jai Prakash Dalal on Saturday clarified that his statement was “twisted” and “wrong meaning” was given to it. He issued an apology to those who were hurt by his words.
During a press conference in Haryana’s Bhiwani on Saturday, Dalal said that farmers would have died even if they had stayed back home.
“Would not they have died if they were at home? Had they been at their homes, they would have died there also. Out of one to two lakh, do 200 people not die in six months? Someone is dying of a heart attack and someone after falling ill… They died of their own will. I have my deepest sympathies for them,” Dalal said on being asked about the death of “200 farmers” during the ongoing stir against farm laws.
Soon after the video of the Haryana Agriculture Minister’s remark gone viral on social media, Congress leader Randeep Singh Surjewala slammed Dalal, stating that such a statement can only be made by an “insensitive” person.
“These words can only be used by an insensitive man for agitating ”annadatas”,” Surjewala tweeted. He also demanded Dalal’s resignation.
Later, while giving clarification over his remarks, Dalal in a video said: “During the press conference, I condoled the demise of farmers who died during the protest. Even if a person dies unnaturally, it is painful. As far as the matter of giving the status of martyred is considered, the Jawans are given this status as the government has made policy for it.”
“My statement was twisted and the wrong meaning was given to it. I saw the video on social media. I tender my apologies if somebody was hurt by my statement. As Haryana’s Agriculture Minister, I am working for the welfare of the farmers,” he added.
Reportedly, several farmers who have been protesting against the Centre’s three farm laws on Delhi borders since November 26 have died of various reasons including cardiac arrest.
The central government has offered to put the farm laws “on hold” for 12-18 months, an offer rejected by the farmers’ unions protesting against the laws. Several rounds of talks have been held with farmers over their demand for the repeal of three new laws.
Farmers have been protesting on the different borders of the national capital since November 26 against the three newly enacted farm laws: Farmers’ Produce Trade and Commerce (Promotion and Facilitation) Act, 2020; the Farmers Empowerment and Protection) Agreement on Price Assurance and farm Services Act 2020 and the Essential Commodities (Amendment) Act, 2020. (ANI)