‘HARRY POTTER: RETURN TO HOGWARTS’ HAS ITS MOMENTS, BUT LEAVES A LOT TO BE DESIRED - The Daily Guardian 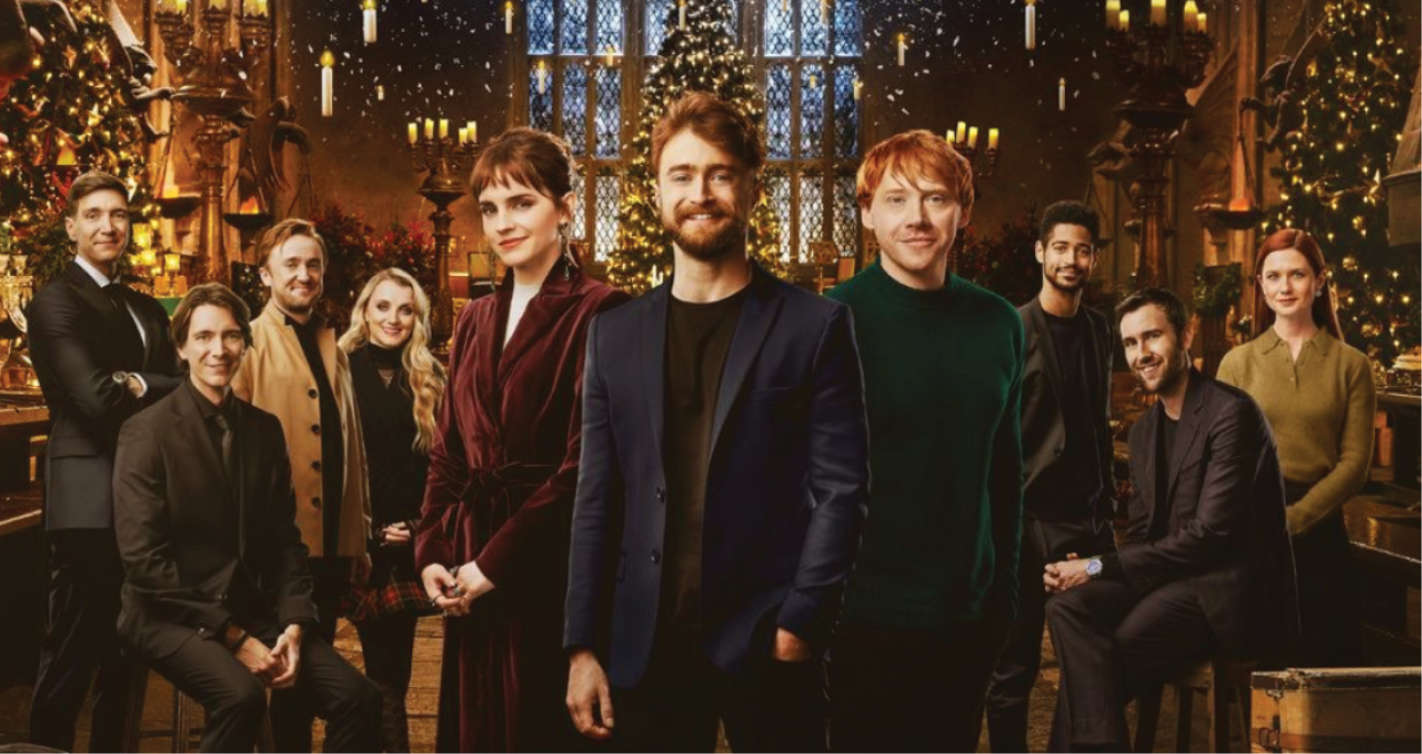 HBO Max recently premiered a reunion show for the cast of the Harry Potter films titled ‘Harry Potter 20th Anniversary: Return to Hogwarts’. It’s available in India on Amazon Prime Video. The special basically commemorates the 20th anniversary of the first Harry Potter film, the cinematic adaptation of J. K. Rowling’s first book in the Harry Potter series ‘Harry Potter and the Philosopher’s Stone,’ with the cast reuniting to have new discussions and to share personal anecdotes, and experiences on the sets of the various films in the eight-part film series. ‘Harry Potter 20th Anniversary: Return to Hogwarts’ also features interesting insights from the four directors who worked on the series viz. Chris Columbus, Alfonso Cuarón, Mike Newell, and David Yates as well as other members of the creative team.

‘Harry Potter 20th Anniversary: Return to Hogwarts’ takes us to the early days of pre-production on the first Harry Potter film that was marked by a great uncertainty pertaining to the casting for the lead parts, particularly the titular character of Harry Potter. In the year 2000, after a seven-month search, Daniel Radcliffe was finally discovered. The child actor had already established himself as an actor in the 1999 BBC television production of ‘David Copperfield’ in which he played the eponymous character’s childhood years. But, Radcliffe’s parents were hesitant at first as the idea of a long-term commitment to the film series must have sounded a little intimidating to them. Producer David Heyman finally succeeded in persuading Radcliffe’s parents to allow him to take up the part of Harry Potter. The same year British actors Emma Watson and Rupert Grint were selected from thousands of children who were enthusiastically auditioning to play the parts of Hermione Granger and Ron Weasley, respectively. At the time, Grint was eleven years old and Watson ten and their only previous acting experience was limited to doing school plays.

Now, there is no denying that ‘Return to Hogwarts’ has its moments but it certainly could have been much better at so many fronts. I mean J. K. Rowling is hardly present. And all those bits that exist actually exist in isolation as she never really is physically present at the reunion (if that’s what you would like to call it). In other words, Rowling does appear, but it’s only through archival footage from 2019 rather than a new interview. This came amid rumours that she would not participate due to her controversial comments on transgender people, with stars such as Radcliffe, Watson, Grint and others speaking out in support of trans people. But, according to latest reports, it has emerged that Rowling was actually invited to appear on the special, but her team determined that the past footage was adequate. Regardless of what the reason is, I would have loved to hear her talk about her discussions with the various directors on the eight films as well as her long conversations with Alan Rickman (who essayed the part of Severus Snape), among other things.

It’s totally understandable that the film wants to focus on Dan, Emma, and Rupert and how they grew up literally on the sets of the Harry Potter films, but I strongly feel that there is a lot more to the Harry Potter films. Also, I understand that a lot of the actors have passed away but many of them are still alive. I must say that I dearly missed Michael Gambon (Albus Dumbledore), Maggie Smith (Prof. McGonagall), Jim Broadbent (Horace Slughorn), Brandon Gleeson (Mad-Eye Moody), David Thewlis (Remus Lupin), Emma Thompson (Sybill Trelawney), and Timothy Spall (though his character Peter Pettigrew is mentioned in the passing), among others. So, it is really a half-baked union at best.

However, for me, the best part of the special is the inclusion of Chris Columbus (who was the director on the first two films). It is unfortunate that Columbus never really got his due as Daniel Radcliffe rightly points out in the film. He was after all the spearhead of casting and everything else at the very beginning. But for some reason no one talks about him and what he achieved working with the young actors on Philosopher’s Stone and The Chamber of Secrets. Also, I particularly enjoyed the conversation between Gary Oldman (Sirius Black aka The Prisoner of Azkaban) and Daniel Radcliffe. How a young Radcliffe developed great chemistry working with a veteran like Oldman. I also liked the segment featuring Helena Bonham Carter (Bellatrix Lestrange) wherein she reads out the letter Radcliffe wrote to her confessing that he had a big crush on her.

Overall, ‘Harry Potter 20th Anniversary: Return to Hogwarts’ makes for an interesting nostalgic trip but one that leaves one wanting more.