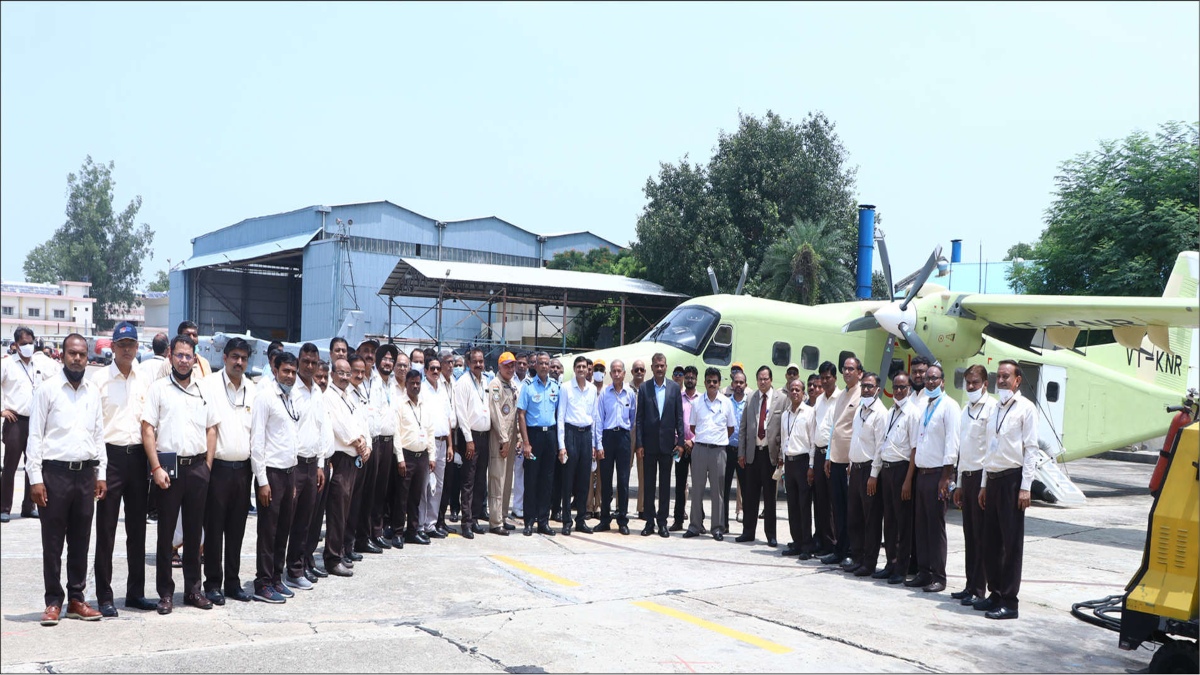 HAL successfully carried out the Ground Run and Low-Speed Taxi Trials (LSTT) of the Hindustan-228 (VT-KNR) aircraft for DGCA ‘Type Certification’. The event was part of the 75th Anniversary of India’s Independence Day celebrations at HAL’s Kanpur facility. “This is a major milestone for the first fixed-wing Made-in-India civil aircraft in India. It is a step forward towards strengthening regional air connectivity”, said Sajal Prakash, CEO of HAL’s Accessories Complex. Indranil Chakraborty, Director, DGCA said the type certification will also enable HAL to get the international certification for the aircraft. The aircraft complies with the latest FAR 23 certification requirements.

HAL’s Transport Aircraft Division, Kanpur has been in the business of transport and trainer aircraft for defence customers. The Division has ventured into the manufacturing of Hindustan-228 aircraft to support the Regional Connectivity Scheme (UDAN) of the Government of India. This aircraft could be utilized successfully by civil operators and state governments for their intra- and inter-state connectivity with seamless support towards training, maintenance and logistics. The Hindustan-228 is a 19-seat multirole utility aircraft built for various applications such as VIP transport, passenger transport, air ambulance, flight inspection roles, cloud seeding, and recreational activities like Para jumping, aerial surveillance, photography and cargo applications.