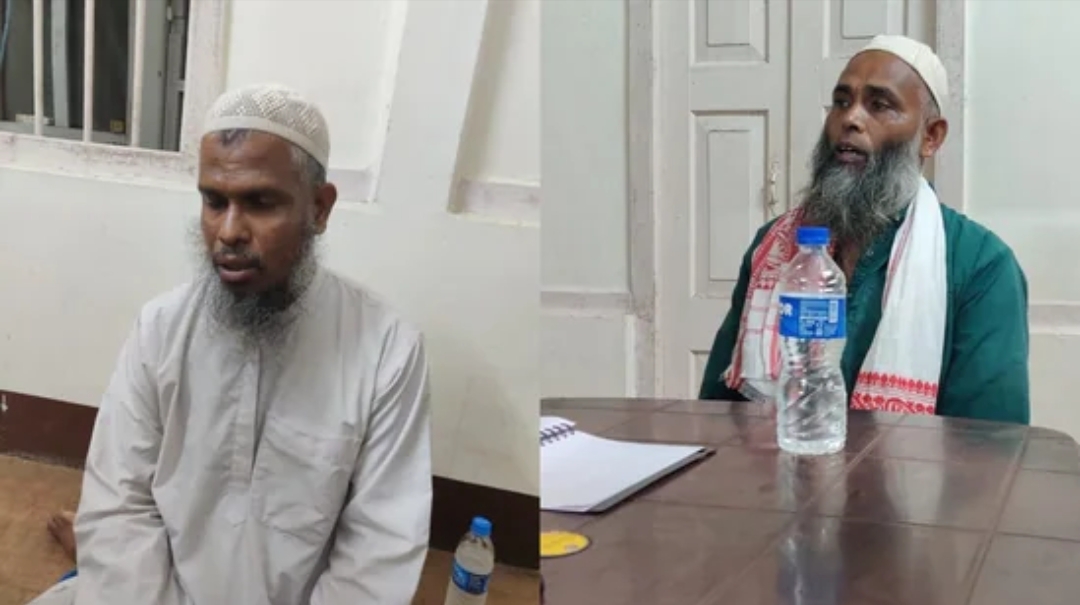 The Ansarullah Bangla Team (ABT) and Al-Qaeda Indian Subcontinent (AQIS) terrorists were both apprehended in Assam’s Goalpara district, according to the police. Goalpara’s superintendent of police, VV Rakesh Reddy, claimed that the suspects are suspected of supporting and housing jihadists who travelled from the neighbouring country of Bangladesh.

Abdus Subhan and Jalaluddin Sheikh, both Imams of mosques in Goalpara, have been identified as the people who were arrested. Reddy told reporters that they had admitted to being AQIS members and had recruited sleeper cells in the area.

The officer claimed that the accused are directly linked to the AQIS and ABT terror cells that the Assam police recently dismantled in the districts of Barpeta and Morigaon.

“We have gotten input in July this year from arrested Abbas Ali who is also linked with Jihadi elements. During the interrogation, we found that they were directly connected with Barpeta and Morigaon modules of AQIS/ABT in Assam,” reports quoted the official as saying.

“During the house searches of the accused persons, a number of incriminating materials related to Al-Qaeda, Jihadi elements, posters, books, among other documents, were seized along with the mobile phones, SIM cards, and ID cards,” he added.

In reference to the arrests made in connection with terror modules, Assam Chief Minister Himanta Biswa Sarma claimed earlier this month that the northeastern state is evolving into a hub for Islamic radicals. He claimed that at Barpeta, Bongaigaon, and Morigaon, police discovered high-end electronic equipment utilised by sleeper cells as well as incriminating Islamist literature meant to radicalise and indoctrinate young people into joining the organisation.

“….It has been proved beyond reasonable doubt that Assam is becoming a hotbed for Islamic fundamentalists. When you bust 5 modules and the whereabouts of the other 5 Bangladeshi nationals are still not known, then you can imagine the gravity,” Sarma told a press conference.