Gandhi family may be reunited - The Daily Guardian 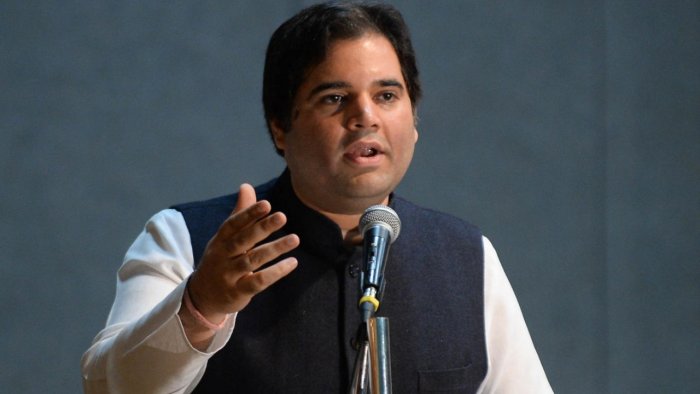 In fact, Varun has been targeting the Modi government over one issue or the other since the UP polls through social media posts likeTwitter. He has launched verbal attacks against the NDA government like Rahul and Priyanka do. The only difference is that Rahul and Priyanka are in the Congress, and Varun is critical of the government despite being a member of the BJP.

“Varun will certainly sever ties with BJP sooner or later,” observers believe that if Varun joins Congress, it will be beneficial for the both. The Congress is worried over ED targeting Sonia and Rahul. The party protested against its leaders questioning in a show of strength.

However, what is difficult to predict is whether such protests will benefit the party politically. The opposition parties distancing themselves from all this is a wrong message.  The Supreme Court upholding the ED’s powers relating to arrest, attach property, search and seize under the Prevention of Money Laundering Act (PMLA) is a setback for the Congress. It means nobody can challenge ED’s arrests.  The other problem with the Congress is that organizationally it has been getting weaker since the 2014 debacle. The party’s decisions are proving to be ineffective.

The BJP’s ‘Congress-Mukt Bharat’ will be a reality if the grand old party continues to get wiped out of states one by one. The Congress is facing existential crisis. Apart from this, the political opponents have succeeded in isolating the Gandhi family. The Congress, which is 135 years old outfit, is passing through the worst ever phase.

While the BJP is busy preparing for polls, the Congress’ attention is on how to save its leaders. Amid this crisis, the family reunion will be quite beneficial for the party.

The Gandhi family witnessed separation 42 years ago due to certain differences, when Indira Gandhi’s younger daughter-in-law Maneka Gandhi along with her son Varun Gandhi chose to chart her own political course. Separated from the family, Maneka made her presence felt in politics. She joined BJP and was elected to Lok Sabha several times. She was also made ministers several times. Varun also made his political debut with BJP. He is a three-time Lok Sabha MP. He also held several organizational posts. He was not given any ministerial post in NDA government only. Now, Varun continues to be critical of the central government’s policies on Twitter. He is writing on farmers’ issues, price rise, unemployment and problems of army personnel.  However, he avoids criticizing PM Modi.

Undoubtedly, Sonia Gandhi and her family are fighting for their existence. Varun is also facing similar challenges. Apart from having tremendous understanding of the UP politics, Varun is also seen as a soft Hindutva face.Sources say that Varun keeps communicating with Priyanka. The family will reunite, given the prevailing political situation. But the question is who will initiate the talks with Rahul Gandhi in this regard. There is direct communication between the two brothers as of now. Several Congress leaders met Varun in Parliament, appreciating his efforts to raise the issues during the monsoon session.

Varun is silent, but he is worried too much about certain issues. What remains to be seen is whether the two cousin brothers will sit together to find out how the family gets reunited after 42 years.

‘SMRITI SHOULD APOLOGISE FOR YELLING MURMU’S NAME WITHOUT PRESIDENT PREFIX’

NARENDRA MODI WILL BE BJP’S PM CANDIDATE IN 2024﻿: AMIT SHAH