FOR LIVESTOCK REARING IN CHANGTHANG, 2,600 QUINTALS OF FEED DISTRIBUTED - The Daily Guardian 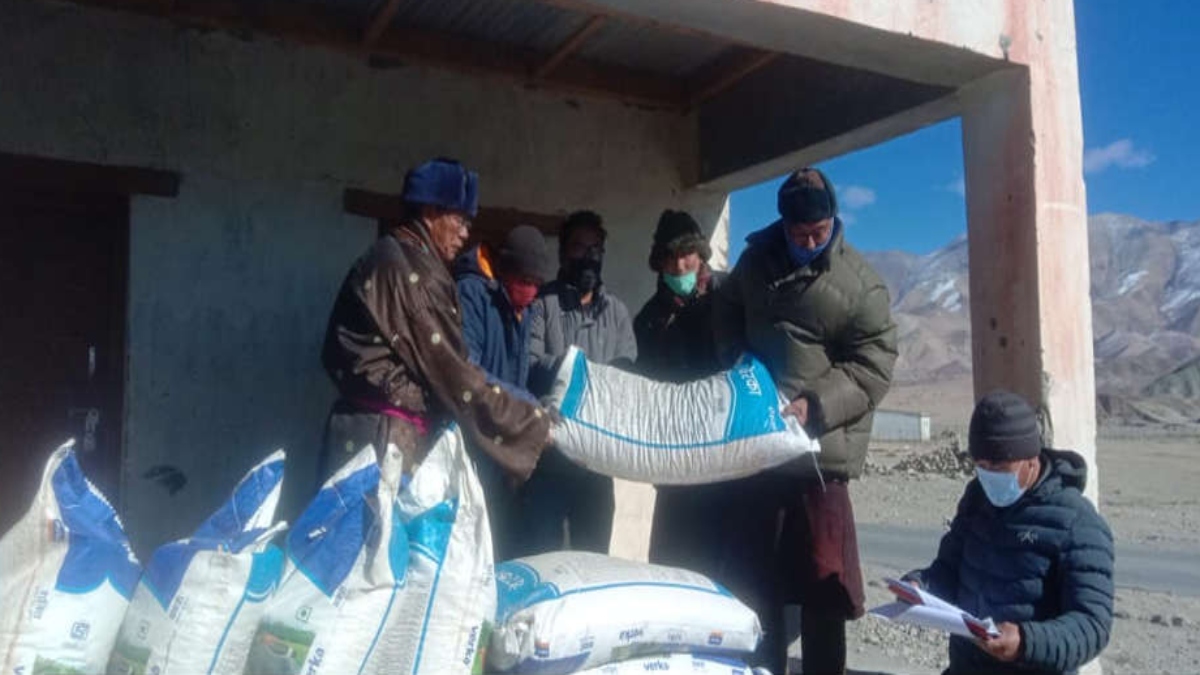 Because of the massive snowfall in Changthang, the department of Animal, Sheep Husbandry, and Fisheries stocked around 2600 quintals of feed so that the rearing of livestock could be managed well in time. The Secretary Animal, Sheep, Husbandry, and Fisheries, Ravinder Kumar informed that the feed distribution in the Durbuk region shall commence and approximately 422 quintals of feed are to be distributed amongst the nomads/herders as per the livestock strength. Additionally, Councilors shall also visit and supervise the process of distribution. Once it is completed, the situation will be reassessed and a contingency stock available with the Department of Animal and Sheep Husbandry will be used depending upon the severity of the disaster and further requirements.

Furthermore, the Administration is fully prepared to tackle the heavy snowfall and has taken up numerous measures in Changthang to support livestock rearing, such as setting up six places for community fodder land development, including Changthang, Rongo, Tsaga, Nyoma, and Nidder; rangeland consultation programs have also been conducted at Meru, Samad, Hanle, Rongo, Kargaim and Phobrang; Mudh, Loma bridge, Kharnak, Rongo and Chumur along with KVK Nyoma has been taken up for development by SKAUST, Stakna. Also, in the year 2021, 1,300 quintals of free pelleted feed and 350 quintals of fodder have been made available, and this year 3,200 quintals of feed and 500 quintals of fodder have been provided for winter supplementary feeding in Changthang. Additionally, seven fodder/feed banks and four more structures will be raised this year with CPWD as the implementing agency.

100% of sheep and goats have been immunized against Foot and Mouth Disease (FMD) and all of them have been vaccinated against external parasites. A sufficient quantity of drugs and provisions have been procured and are available for any contingency situation should such occur. Four mobile clinics were pressed into action last year and two vaccination vans are being procured during this year, improving reach and quality of service. It was observed that mortality figures have evidently improved; a survey to quantify the improvement in mortality figures is underway. AI training for officers has been conducted for AI in pashmina goat and trails at farms will be conducted soon.

CISF organises special inoculation drive for its personnel in Delhi