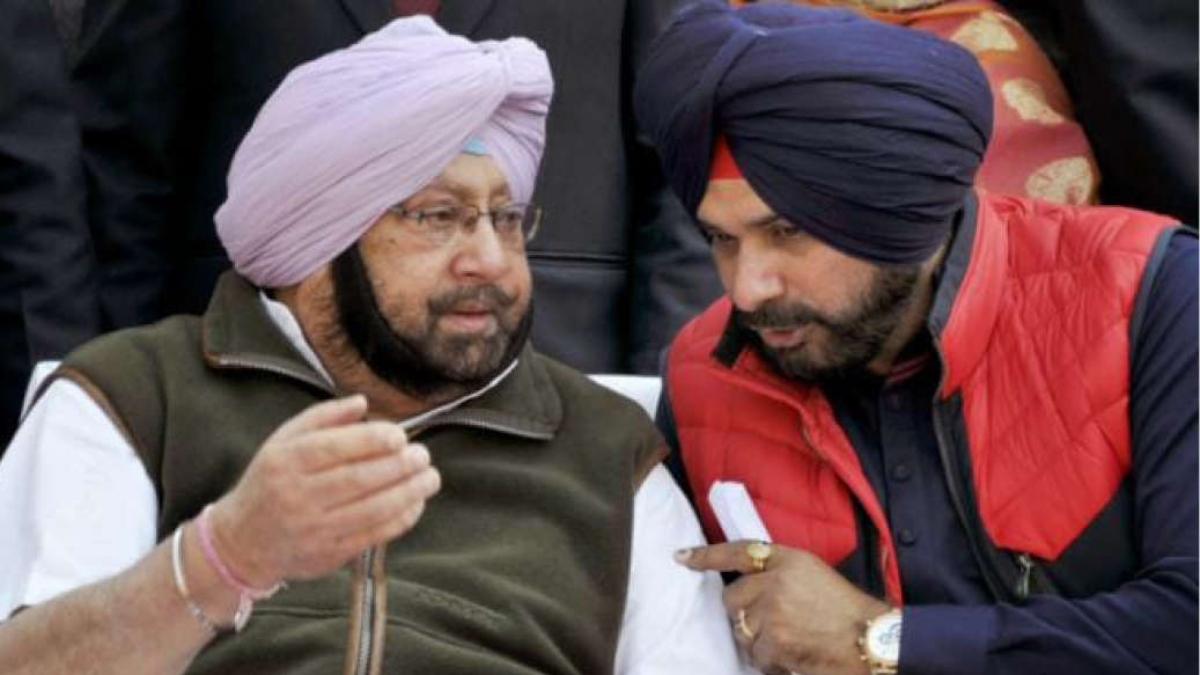 Captain in his speech said to work in coordination with Sidhu and the new PPCC president, after raising questions on the issues of drugs, farmers, teachers, doctors, nurses as well as sacrilege cases, said that the party is united. Former Congress national president Rahul Gandhi expressed happiness over Captain and Sidhu coming together on one stage, but doubts still remain about whether the tussle in the state Congress has completely ended.

The reason for this is that while Sidhu’s stance was visible while speaking at the function, Sunil Jakhar, expressing his anger, said that of course he got the full support of Chief Minister Captain Amarinder Singh, but there were a lot of issues including sacrilege cases, which he failed to resolve. Along with this, he also raised the issue that bureaucracy has dominated the tenure of the state government so far. This needs attention.

At the same time, Sidhu announced that from 15 August, he would stay in Punjab Congress Bhawan. He also asked the ministers to spend some time in the state Congress office. Sidhu said to the workers that he would give them strength and on the basis of that power, Congress will win in 2022 too.

Sidhu also said that there were many talks as well opposition about his appointment as president, but he did not mind. Specially naming Rawat and Bhattal besides Minister Sukhjinder Singh Randhawa for their support, Sidhu said that he would always be grateful to colleagues like them.

Addressing the party workers present, Captain Amarinder Singh said that he and Sidhu will work together. He also mentioned his relationship with Sidhu›s family. Along with this, he praised Ministers Balbir Singh Sidhu, O.P. Soni regarding health services and Vijay Inder Singla for reforms in the education sector during the Covid times.

Addressing Sidhu, Captain said that the border of Punjab is adjacent to Pakistan and we need to be very careful. He tried to indicate that the distance between him and Sidhu has ended, saying that the day national president Sonia Gandhi told him that he wanted Sidhu to be the Punjab president, he had agreed to it.

On the question raised by Sunil Jakhar regarding sacrilege cases, Captain said that many cases are part of the legal process, so they get pending, but justice will definitely be done. Harish Rawat congratulated the new team and expressed hope that in 2022 also the Congress government will be formed in Punjab.

On the other hand, Sidhu said that today every worker of the party in Punjab has become ‘Pardhan’ with his appointment as president. He said that he has to solve the issues of Punjab. He will talk to the farmers. Simultaneously addressing the Chief Minister, he said that justice is necessary in the case of sacrilege of Sri Guru Granth Sahib and if it is not done then there is no use of his stint as party president.

WE MAY NEED BOOSTER SHOTS FOR EMERGING VARIANTS: AIIMS CHIEF