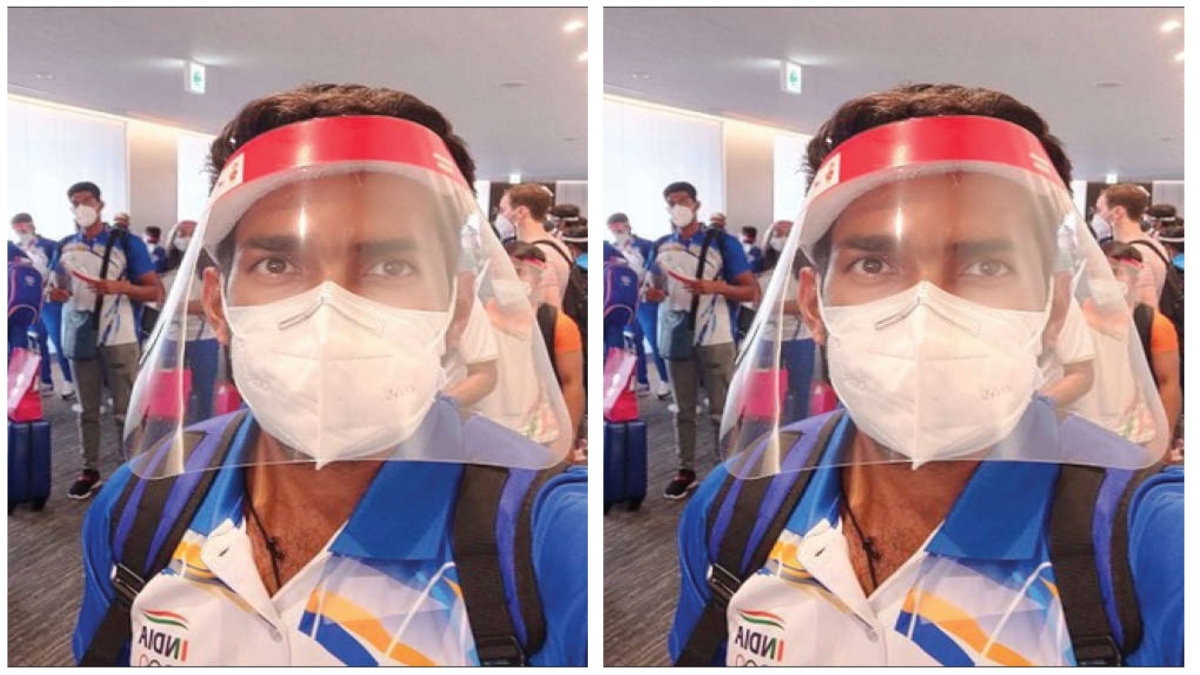 An 88 member Indian contingent including 54 athletes arrived in Tokyo on Sunday for the upcoming Olympic Games which gets underway from July 23. Athletes and support staff in eight disciplines Badminton, Archery, Hockey, Judo, Swimming, Weightlifting, Gymnastics, and Table Tennis arrived in Tokyo. Sports Authority of India (SAI) shared a video informing about the arrival of the Olympic contingent for the Tokyo Games. With 127 athletes, Tokyo Olympics will be India’s highest ever playing contingent.

Indian Boxing team spearheaded by Amit Panghal and Mary Kom arrived in Tokyo on Sunday for the upcoming Olympic Games which gets underway from July 23. The India boxers had trained hard for the showpiece event in Italy and departed for Tokyo on Saturday.

The Indian shooting team had arrived on Saturday in Tokyo for the upcoming Olympic Games. The Indian shooting and boxing contingent at the Olympics would not be required to undergo a quarantine period. This means that both the contingent would be able to start their training once they settle down.“No quarantine is required for shooters as they have come from Croatia. The shooters are fine and they are currently resting in the Games Village after a long flight. They will start training in a short time after completing their rest,” NRAI secretary Rajiv Bhatia told.

Speaking about the boxing contingent, sources in the know said: “They are not required to undergo quarantine as they are headed to Tokyo from Italy.

You can expect them to start training once they test negative for COVID-19. The whole idea behind training in Italy was to ensure that there is no break in training when the boxers reach Tokyo due to quarantine rules.”A total of 127 Indian athletes have qualified for the Tokyo Olympics, which is a record overhauling the 117 that qualified for the Rio Olympics.

“Touchdown Tokyo. Our contingent has safely landed in Tokyo. Here’s a peek from their arrival at the airport. #Hockey #Cheer4India,” SAIMedia tweeted.