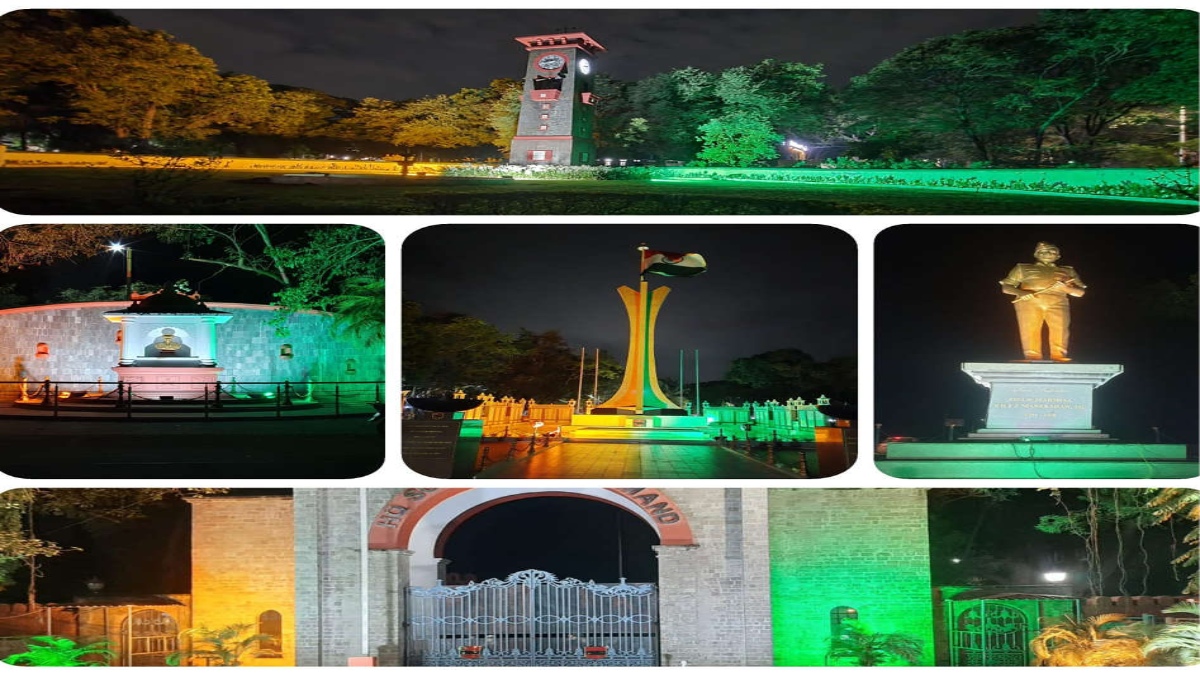 FICCI Ladies Organization (FLO), Pune Chapter undertook a unique initiative to mark their respect for the Indian Army this Independence Day by lighting up some of the iconic military installations in the city of Pune while commemorating the Azadi ka Amrit Mahotsav. Usha Poonawalla, chairperson, FICCI FLO, Pune Chapter has informed that as a part of this special initiative permanent Tri Colour lighting has been done at the entrance of Southern Command, Field Marshal Sam Manekshaw Statue, Southern Command War Memorial, the Clock Tower and the Late General Arunkumar Vaidya Smarak. Most of these installations are located in the Camp area of the city.

The FICCI FLO, Pune Chapter also donated six sewing machines to the widows of the martyrs and soldiers who gave their lives to ensure the safety of this country. The distribution was done at the hands of Mrs Ujjwala Singhania, FICCI FLO National President and Mrs Anita Nain, President (Regional) of the Army Wives Welfare Association. FICCI FLO, Pune has always been on the forefront of skilling women under the Army Wives Welfare Association (AWWA) banner and has been a great supporter of the course of upliftment of families of Army personnel.