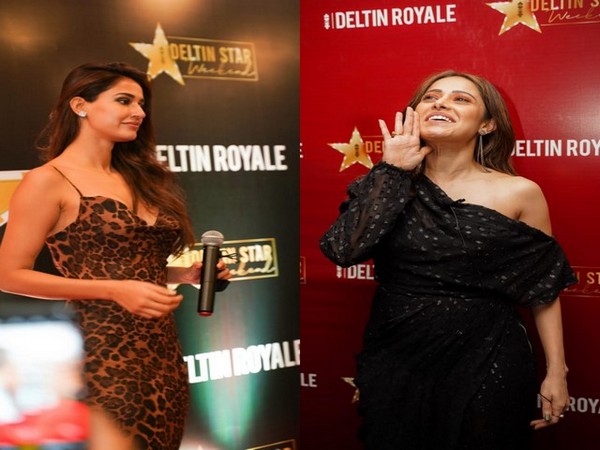 New Delhi [India], March 2 (ANI): India’s largest offshore gaming and entertainment destination ‘Deltin Royale’ recently hosted a glamorous star-studded ‘Deltin Star Weekend’, which was attended by some of the most prominent actors from Bollywood.
The weekend kick-started in Goa on February 25 and continued till February 28. The event witnessed the presence of actors such as Disha Patani, Mouni Roy, Nushrratt Bharuccha, and Sargun Mehta.
The 4-day event created a stir of excitement and was attended by a multitude of fans, wherein they got to meet their favorite Bollywood divas, play games, and experience the larger-than-life experience offered by Deltin Royale.
Delta Corp Ltd. (DCL) is a leading publicly listed company in the gaming, entertainment, and hospitality sector in India. It currently owns and operates casinos and hotels in Goa, Sikkim, Daman, and Kathmandu (Nepal). (ANI)

NEW DELHI: Bollywood star Deepika Padukone on Monday announced her departure from Mumbai Academy of Moving Image (MAMI). She issued a statement on social media informing fans that she is no longer going to continue as the Chairperson of MAMI.

The ‘Padmaavat’ actor took to her Instagram handle and posted a story announcing the news. She wrote, “Being on the board of MAMI and serving as Chairperson has been a deeply enriching experience. As an artist, it was invigorating to bring together cinema and talent from all over the world to Mumbai, my second home.” Further, Deepika gave her reason for leaving the academy and wrote, “I have come to realise, however, that with my current slate of work, I will be unable to give MAMI the undivided focus and attention it requires. I depart knowing that MAMI is in the best hands possible and that my bond and connection with the academy is one that will last a lifetime.”

MAMI is a public trust that annually organizes the international film festival in Mumbai, known as the Mumbai Film Festival. In 2019 Deepika had replaced filmmaker Kiran Rao as its chairperson. Meanwhile, the 35-year-old actor has an impressive line-up of projects in the pipeline including ‘83’, ‘Baiju Bawra’, ‘Fighter’, ‘Sanki’, ‘Pathan’, and Indian adaptation of Nancy Meyers’s 2015 hit Hollywood film ‘The Intern’.

NEW DELHI: Bollywood actor Akshay Kumar, who had earlier tested positive for COVID-19, and was later hospitalised as a precautionary measure, has returned home on Monday.

Akshay’s wife and author Twinkle Khanna shared the news on her Instagram account. She posted a monochromatic caricature of Akshay and herself in which the couple can be seen posing for the camera together against the backdrop of a room. In the cartoon version, Akshay looks dapper in a sweatshirt, shirt and pants, Twinkle is wearing a dress and is holding her book titled ‘Mrs Funny Bones’.

In the caption, she wrote, “Safe and sound and good to have him back around. #allizwell.”

On April 4, Akshay had revealed that he tested positive for the novel coronavirus and was under home quarantine. The 53-year-old actor took to his Twitter handle and shared his diagnosis, informing fans that he was following all the necessary protocols.

“I wish to inform everyone that, earlier this morning, I have tested positive for COVID-19. Following all the protocols, I have immediately isolated myself,” he wrote.

Hoping to get back in action soon, he added, “I am under home quarantine and have sought necessary medical care. I would request all those who have come in contact with me to get themselves tested and take care. Back in action very soon!”

Pavail, who was last seen in ‘Thappad’ as Taapsee Pannu’s onscreen husband, will be essaying the role of Big B’s son in the movie. Interestingly, this is not the first time that the talented actor is working with Amitabh. He has earlier shared screen space with the veteran actor in ‘Yudh’, the television series that aired in 2014.

Meanwhile, Neena will be essaying the role of Big B’s wife. This is the first time Neena and Amitabh will be seen opposite each other in a film.

An ecstatic Pavail, who began shooting for the movie today, shared, “Goodbye is a very special film for me with my very special friends. Absolutely thrilled and excited to be part of it. What makes it even more special is to get an opportunity to work with a legend like Mr. Amitabh Bachchan sir again. It is indeed an amazing feeling.”

The actor added, “This is my second collaboration with Balaji Telefilms, Ekta and Ruchikaa and I couldn’t be happier about this reunion. Can’t wait to embark on this exciting journey and I’m certain it’s going to be a fun riot shooting with Rashmika and Amitabh sir.”

The ‘Baywatch’ actor took to Instagram and posted pictures in which she looked drop-dead gorgeous as the actor aced the fashion game for the prestigious event.

The pictures see the ‘Isn’t It romantic’ actor in a fish-cut black dress with a plunging neckline that had an accentuated fabric across the waist, in the shape of a butterfly. The actor looks charismatic as she donned a minimal makeup look and aced the red lip colour. The long dress had put the actor’s toned figure on display, as she seems all set to present an award at the award ceremony. The actor has tied her hair in a neat bun.

The actor left a butterfly emoticon in the caption to all the posts featuring her red carpet look.

For the unversed, the ‘Fashion’ star’s film she has co-produced and acted in, titled ‘The White Tiger’, is competing in two categories.

The lead actor of the film- Adarsh Gourav- has been nominated for the best actor in a leading role. The film, also featuring Rajkummar Rao, has also received a nomination for director Ramin Bahrani in the adapted screenplay category.

On the work front, Priyanka Chopra Jonas is currently shooting for the spy series ‘Citadel’. It also stars Richard Madden. The project is backed by Amazon and helmed by the Russo Brothers of ‘Avengers’ fame.

The actor has finished shooting ‘Text for You’ with Sam Heughan, Celine Dion, Russell Tovey, and Omid Djalili. Priyanka will also be seen in an Indian wedding comedy with Mindy Kaling, which she will co-produce and feature in.

She also has ‘Matrix 4’ and a film based on the life of Maa Anand Sheela in the pipeline. 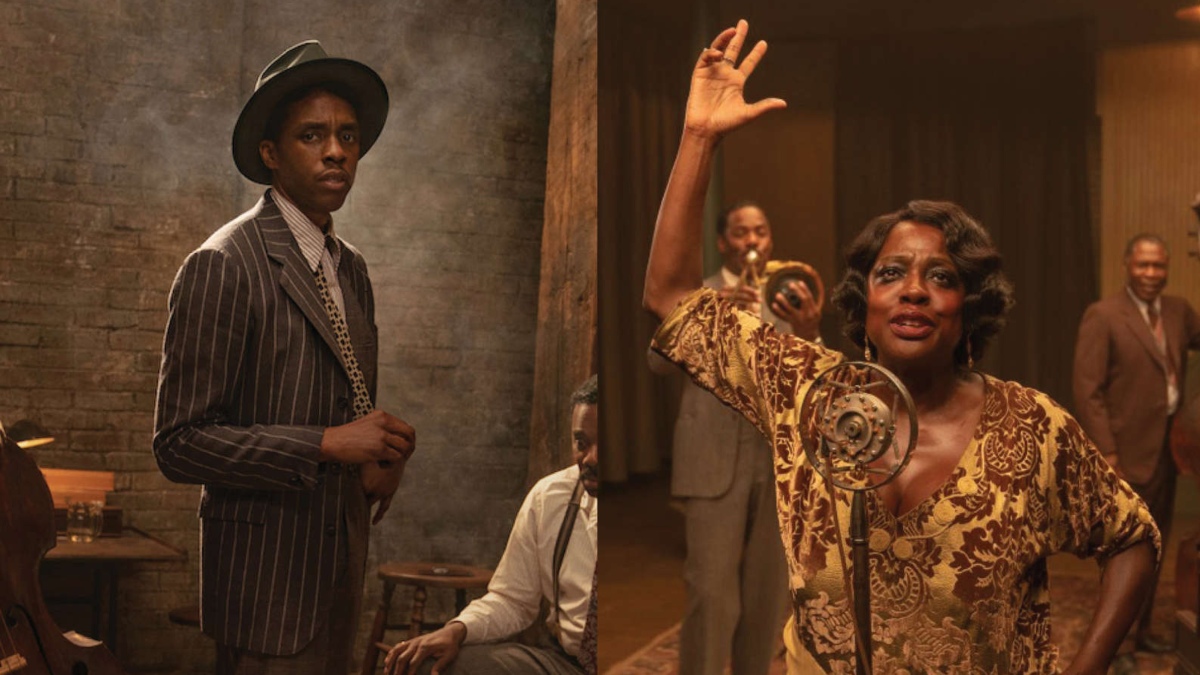 LONDON: The unconventional 74th edition of the British Academy Film Awards (BAFTAs) held its first of two ceremonies on April 10, with the second one scheduled for the subsequent day. ‘Ma Rainey’s Black Bottom’ was the big winner on the opening night, taking home two golden masks.

According to Variety, the first night of the 2021 BAFTAs, which was hosted virtually from London’s Royal Albert Hall by TV and BBC radio presenter Clara Amfo, was a mostly craft-centered affair that also yielded wins for ‘Mank’, ‘Tenet’ and ‘Sound of Metal’. During the ceremony, eight primarily craft-focussed awards were handed out, including casting, costume, makeup and hair, production design, sound, special visual effects, British short film, and British short animation. The remaining awards — including the performance and best film categories will be handed out on the second night.

‘Rocks’ was the first winner, with Lucy Pardee scooping the award for Casting. The UK indie movie was nominated for a leading seven BAFTAs this year, joint most with ‘Nomadland’, which is a hot favourite for the Best Film prize on the second night.

Director and writer Noel Clarke, best known for the ‘Kidulthood’ film trilogy were honoured with the outstanding British contribution to cinema award. Supporting actor nominee Leslie Odom Jr. performed ‘Speak Now’, his Oscar-nominated song from One Night in Miami, for which he has earned a best-supporting actor BAFTA nomination.

Unsurprisingly, Netflix had a good evening, following its mammoth 34 nominations, by far the leading number for a distributor this year. The streamer took home prizes including Costume Design and Hair & Make-up, which both went to ‘Ma Rainey’s Black Bottom’s’, and Production Design, which was scooped by ‘Mank’. 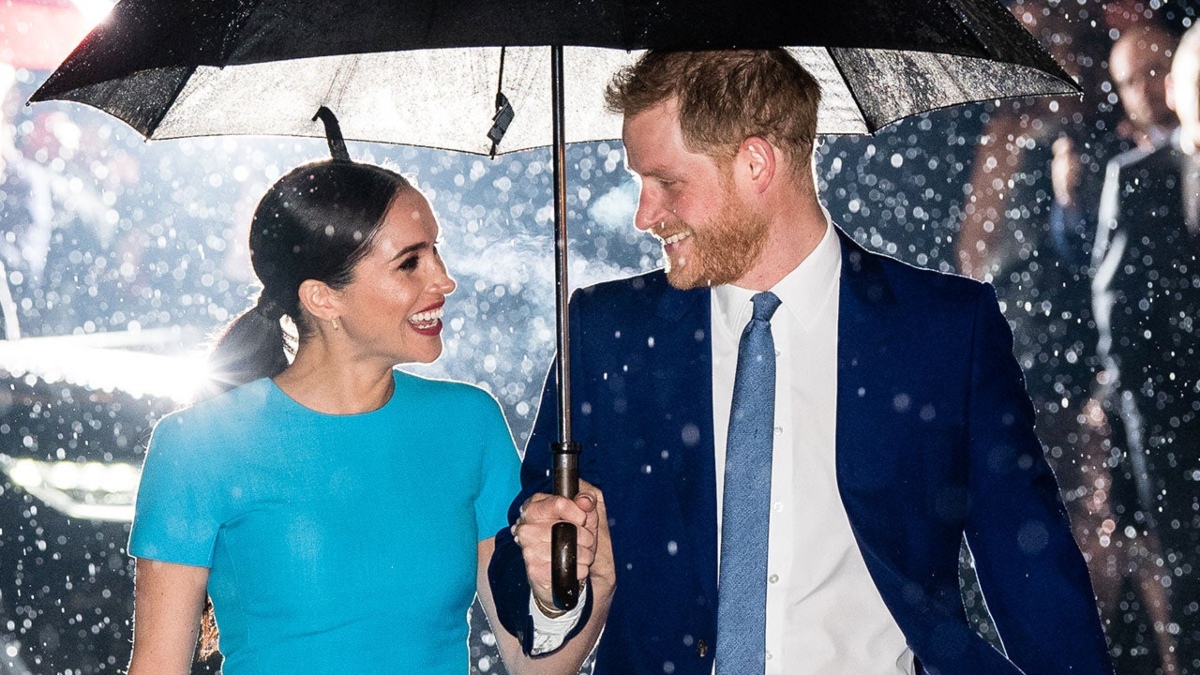 WASHINGTON: Following the death of the Duke of Edinburgh- Prince Philip, his grandson Prince Harry is set to reunite with his family to pay his last respects at the funeral, but without wife Meghan Markle.

Page Six confirmed that the Duchess of Sussex who is due to give birth to the couple’s second child, a girl, in early summer will stay home in California on her doctor’s advice, Buckingham Palace announced. A source close to the royals told that Markle hoped to be at his husband’s side, but the trip, and the 12-hour flight, were deemed potentially too taxing.

“The Duke of Sussex is planning to attend. The Duchess of Sussex has been advised by her physician not to travel. So the duke will be attending,” a royal spokesman said, using Harry’s other title. Harry who currently resides in California with his wife Meghan Markle and son Archie Harrison will likely be in attendance at the service, which is set to take place at his and Meghan’s wedding venue, St. George’s Chapel at Windsor Castle.

Page Six reported that the funeral will be an intimate affair, limited to 30 participants under strict UK social-distancing rules.

Even PM Boris Johnson will not attend the mourning ceremony, so as to allow space for as many royal family members as possible.