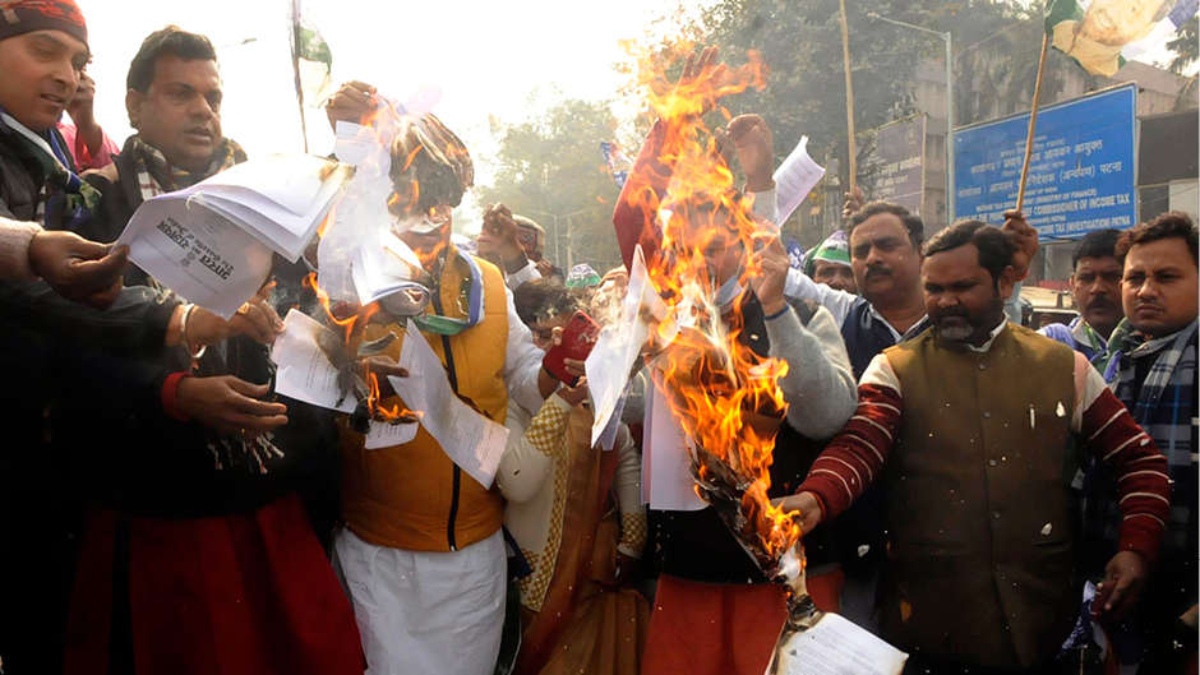 Opposition parties’ leaders in Bihar have organised human chains, tractor rallies, Raj Bhavan march, dharnas and protests in support of the farmers’ agitation at the Delhi borders, but have failed to enthuse the farmers here to join the stir. They are still maintaining a distance from the protests.

Tejashwi Yadav, the Leader of the Opposition in the Bihar Assembly, has appealed to the state’s farmers to join the farmers’ agitation. Apart from Tejashwi, Gurnam Singh Chaduni, a senior leader of the Sanyukt Kisan Morcha (SKM), who is involved in the farmers’ agitation at Delhi’s borders, came to Bihar and urged the farmers here to join the movement, but they are not enthusiastic about it. Many farmers in the region are not even aware of this movement.

Ramadhar Singh, All India Kisan Sabha Secretary, says that there is a lack of consciousness among the farmers in Bihar. He said even today the farmers here are selling their produce at throwaway prices, but due to lack of awareness, they are not joining the farmers’ movement. He said the people of his farmers organisation will visit every village from February 10 to March 10 to set up panchayats and create awareness among the farmers.

On 30 January this year, all the Opposition parties united and organised a human chain in the state to demand the repeal of the three new farm laws on the call of the opposition Rashtriya Janata Dal (RJD). Even in this human chain, farmers were nowhere to be seen.

Anand Murari, a farmer from Tal region and Coordinator of the Tal Development Committee, which is known for pulses production in Bihar says that the farmers here mainly do traditional farming and are not concerned with Union farm laws.

Ram Pravesh Rai, a farmer from Bihta near Patna, asks who will be the farmer marching on the streets for the movement. He said if the farmers here do not work in the fields, what will they eat throughout the year? Expressing anger, he said everyone wants to indulge in politics.

The APMC Act in Bihar was abolished in 2006.

In Bihar, the leaders of the ruling party have been saying that the farmers of Bihar are with the National Democratic Alliance (NDA). They know what used to happen to farmers earlier.

BJP Spokesperson Nikhil Anand says that the Central government is committed to doubling the income of farmers and efforts are being made continuously to achieve this. Bihar’s agricultural model has been garnering praise from all corners. Today, climate-friendly farming is being done here in view of climate change.

Delhi reduces circle rates of properties by 20% for 6 months