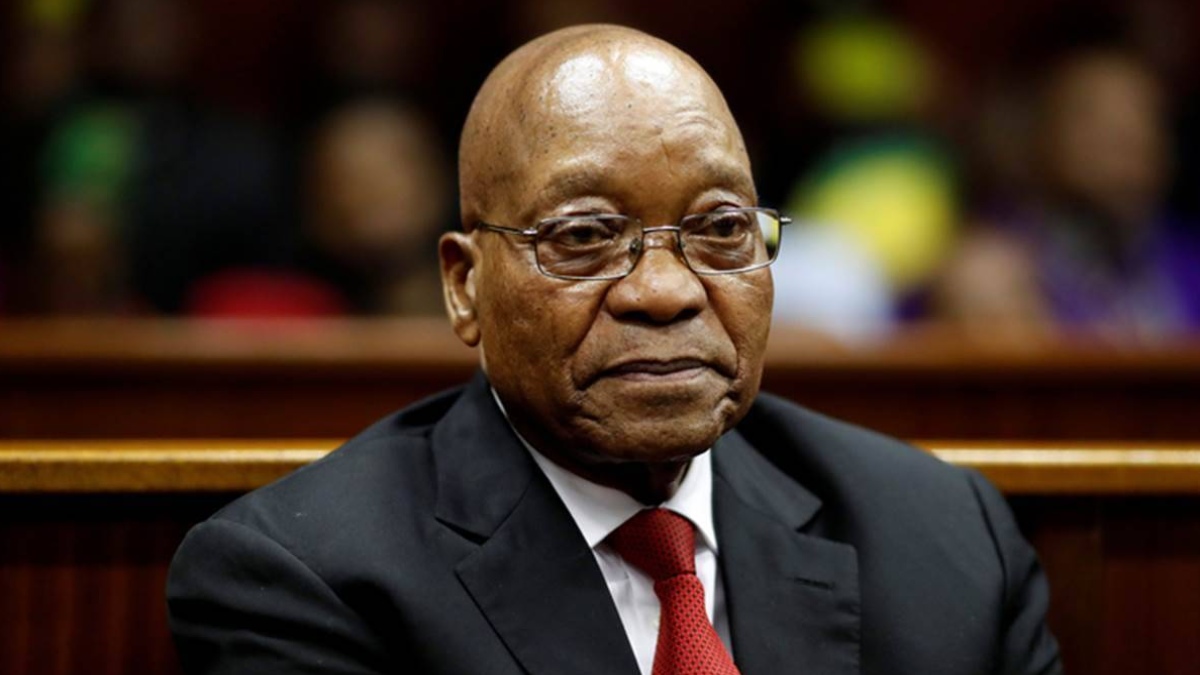 South Africa’s former President Jacob Zuma was sentenced to 15 months in prison by the Supreme Court on Tuesday. The embattled leader was found guilty of contempt after he failed to appear before an inquiry probing wide-ranging allegations of corruption during his nearly nine-year tenure.

He was not in court for the ruling and has been given five days to present himself at a police station. If he fails to do that the police minister must order his arrest, the court directed.

Judge Khampepe said that Zuma attempted to corrode the legitimacy of the Constitutional Court by conducting a “politically motivated smear campaign” against it, the commission and the judiciary. “No person is above the law whatever his rank or condition,” she said, continuing: “An act of defiance in respect of a direct judicial order has the potential to precipitate a constitutional crisis. If with impunity litigants are allowed to decide which orders they wish to obey, and which they wish to ignore, then our Constitution is not worth the paper on which it is written.”

The court also said that the sentence could not be suspended. The Commission of Enquiry, which is investigating allegations of corruption and bribery at state and parastatal institutions, had asked that Zuma be sent to prison for two years. Zuma has repeatedly denied the allegations. Zuma has repeatedly said that he would rather go to jail than cooperate with the Commission.

“The Constitutional Court holds that it is disturbing that (Zuma), who twice swore allegiance to the Republic (of South Africa), its laws and the Constitution, has sought to ignore, undermine and in many ways destroy the rule of law altogether,” the judge said.

The Constitutional Court went to great lengths to safeguard Zuma’s rights. Consequently, there is no sound nor logical basis on which Zuma can claim to have been treated “unfairly or victimised”, the judge said.

“His attempts to evoke public sympathy through unfounded allegations fly in the face of reason and are an insult to the Constitutional dispensation for which so many women and men fought and lost their lives. The majority finds itself faced with little choice but to send a resounding message that this kind of recalcitrance and defiance is unlawful and will be punished,” Khampepe said.

The judge said it was important for the sentence to be effective to maintain the public’s confidence in the judiciary. A minority judgment by two judges on the seven-member panel agreed that Zuma was in contempt of court but said that a punitive sentence would be inappropriate, as the Commission should refer Zuma’s contempt to the Public Prosecutor’s office.

Zuma, who was ousted as President just a few months before his second term ended three years ago by his own African National Congress party, is also facing other criminal charges that have been going on for over a decade. He is required to hand himself over within five days to the police station at either his rural homestead in Nkandla or in central Johannesburg, where he also has a home.

Zuma has been named as a central figure in the allegations of corruption of over 50 billion rands involving the three Gupta brothers, allegedly because of their closeness to him.

Ajay, Atul and Rajesh Gupta have been accused of siphoning billions of rands from the state-owned corporations through their alleged proximity to Zuma.

The Indian-origin businessmen, who arrived in South Africa from Saharanpur in Uttar Pradesh in the 1990s, also allegedly announced appointments to the Cabinet well before Zuma himself did so.

Zuma’s two children are also alleged to have benefited from the Guptas, who are in self-exile in Dubai. The South African government has initiated their extradition. In a separate legal matter, Zuma pleaded not guilty last month in his corruption trial involving a major arms deal from the 1990s.