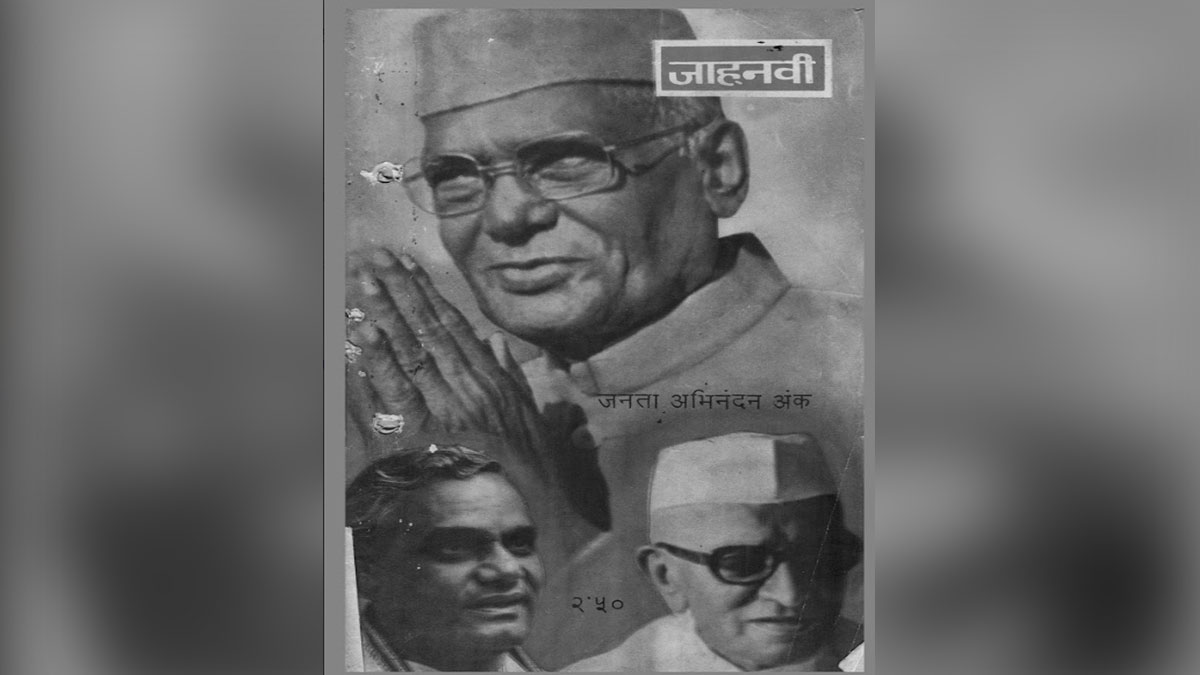 26 June is a black day in the post-Independence era. India with a large population below the poverty line and lack of basic amenities like education still stands apart globally in democratic tradition. The only black spot in Indian democratic history is the period of Emergency from 26 June 1975 to 21 March 1977. Any proud Indian believing in democracy cannot but remember those horrifying days of complete anarchy, dictatorship and censorship.

The Indira Gandhi government unleashed terror, systematically denouncing every democratic institution and compromised the judiciary. Many so-called free thinking intellectuals and academicians surrendered themselves to Indira Gandhi and shamelessly praised her.

In those tough times it was unthinkable to raise voice against the government. But some groups of young fellows, mostly owning their allegiance to RSS, and deeprooted love for the nation, could not bear the agony of this stifling silence and decided to raise their voice. I was among them, the youngest of the lot at the age of 13 years, in my formative years. I decided to fight the might through the Gandhian tradition of Satyagraha, a non-violent means of assertive firmness to defy all that is not good for the country.

Abraham Lincoln had said that democracy is “By the people, for the people and of the people” and so civil vigilance is the cost of democracy, without which it will never remain “of the people”. India is not new to democratic traditions; in times as old as those of Gautam Buddha, we had Gram Sabhas. These Sabhas took collective decisions. Democratic form of governance is the best choice for individual freedom. My experiments with democracy began very early; I value freedom to the exclusion of all other things in life.

Whatever the shortcoming Jawaharlal Nehru had, he is to be credited for building institutions. But Indira Gandhi was authoritarian, successively undermining all democratic Institutions in the country. In 1975, when Allahabad High Court nullified her elections for use of unfair means, she imposed Emergency and suspended all democratic rights including fundamental right of free speech. At a young age of 13 years, with a fresh mind, this was unacceptable to me. I wanted to break the shackles of all bondage imposed under Emergency.

All political activities, with most of the political leaders in one or the other jail, were at a standstill. There was fear all around; terror of the government put everybody in superficial discipline. Propaganda of efficiency, law and order and discipline was baffling and press censorship led to complete disconnect of the people with the reality.

It was left to the RSS to defend democracy and overthrow the Congress’s dictatorial rule. Being connected to the RSS from my early childhood, and belonging to a RSS family, when the organisation gave a call for an all-India Satyagraha, I decided to fight for a cause in a non-violent manner and firm resolve to overthrow the Indira regime.

‘Aapat Kal Sangharsh Samiti’ was formed and a nationwide Satyagraha was planned. The format of Satyagraha was kept simple; instructions were to collect at some point of conglomeration; like market place, university campus, some big event, in small groups of 10 to 15 people; start shouting slogan against dictatorship, distributing cyclostyled or photocopied pamphlets with pro-democratic messages, denouncing Emergency and start walking till the police arrest the participants.

Our Satyagraha was held on 19 November 1975 on the birthday of Indira Gandhi. The government had planned a gathering of school children, their parents, foreign diplomats and international media to commemorate her birthday. The programme was to be addressed by President Fakhruddin Ali Ahmed.

We were eight people; I was the youngest amongst them. We entered the venue at National Stadium, India Gate, New Delhi. The stage was in the viewer’s gallery. The children were to perform in the centerfield and audiences were sitting around and behind the stage. We entered one block above, immediately behind the stage. Next to us was foreign media and diplomat’s block. After the performance of the children, as the President took to the podium to speak, we started shouting anti-Emergency slogans, “Indira Gandhi murdabad, down-down Emergency, shame-shame…”, and started running towards the stage and I jumped on it. I had pamphlets that I threw towards the foreign media block. Police immediately arrested all of us.

Police took us to the Tilak Marg police station for FIR, detention and questioning. The overnight stay at the police station was very scary; we were put up in a lock up in a single cell. Police took each one of us from the cell for questioning. Several loud sounds of scolding, beating and screaming were reaching us from the adjoining rooms. After questioning the individual was taken to another room, then the next person was taken out. We had heard so many stories about third-degree atrocities of the police; those pictures were vividly in front of us.

We stayed in these cells for about 24 hours, the toilet partitioned with a small shoulder height wall, was within the cell itself. There was a bucket of water for washing hands, etc. All this was unhygienic and smelly. Next day we were taken to the magistrate. I, being 13-year-old, was sent to children’s jail behind Ambedkar Stadium and other colleagues were taken to Tihar Jail; this was a big jolt for me, being left alone to fend for myself.

I was made to stay with criminals in a dormitory set up, sleeping on the ground. Daily we were given blankets from the common pool. Staying in the room locked up in the evening with all types of criminals, under trials and sentenced, for pickpocketing, rape and murder. In the morning I was allowed to use common toilets, which were extremely dirty. I had to wear a jail uniform from the common pool and simple food was given to me. I had to work along with the prisoners for cleaning, washing and other daily work within the premises.

During my lockup of about three months from 19 November to 12 February 1976, I could not even meet my parents; my mother was arrested and kept in Tihar Jail and my father, a professor in Lady Hardinge Medical College, was also arrested on 25 December 1975 and was initially in Tihar Jail and then later in the Nagpur Jail. I was arrested under Defence of India Rule (DIR), which we referred to as Defence of Indira Rule. I was a student of Class VIII at Bharatiya Vidya Bhawan School in New Delhi.

Occasionally counsellor came to me, asking me to sign mafinama (pardon letter), trying to convince me that it will help in my release, and that I am wasting my time in this fight against the might of a powerful government. Very rarely I was taken to a magistrate for recording my statement, but all the uncertainty, mental and physical torture did not budge me to ask for pardon.

After three months in jail I decided to go for judiciary bail and continue our fight from outside. Those three months had brought a lot of trauma for me and my family. My father was suspended from his government job. I lost my precious study time. Our case went on till the new government was formed and was withdrawn in late 1978. Till that time I had to go to court every week for attending dates of the case. Our family case was referred to the Shah Commission, set up to take note of Emergency atrocities.

Those formative years and the experiences thereon gave me a lot to think and contemplate for my future journey. The courage, the will power and the confidence from the success of our movement have always filled me with pride.

The writer is national spokesperson of the BJP on economic affairs.