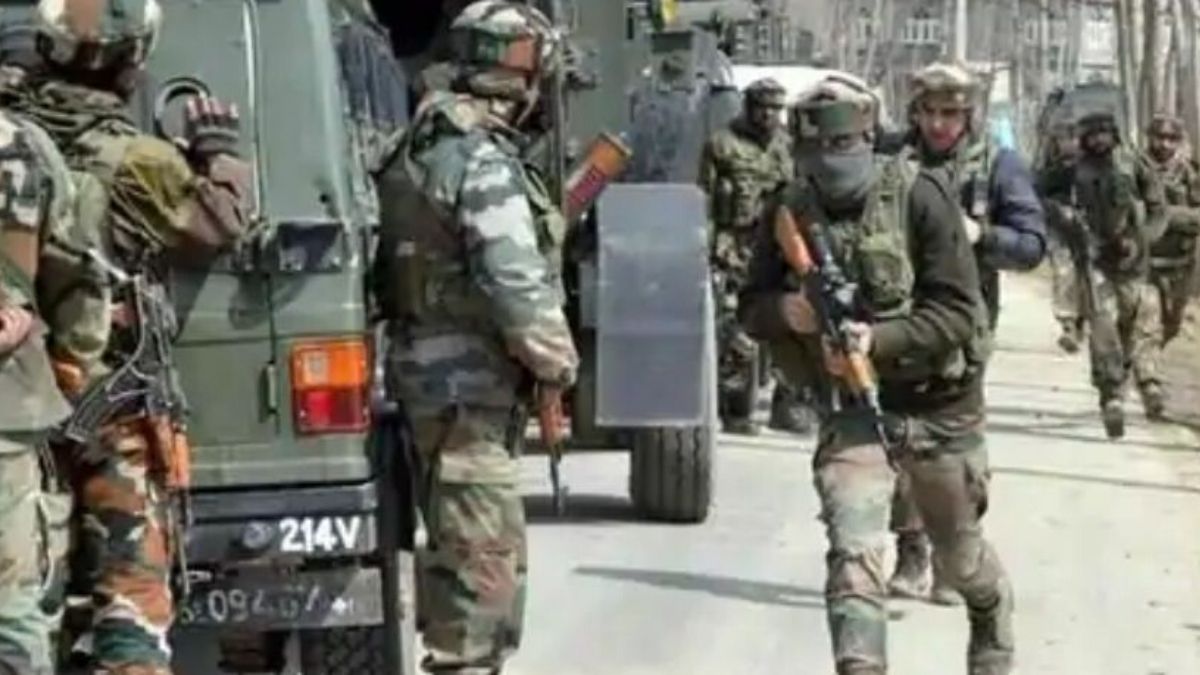 He said that the security grid is ready to combat any terrorist threat to the polls and the candidates contesting these elections.

Vijay Kumar said they have held several rounds of meetings with other security agencies to ensure trouble-free and peaceful polls which would be held in several phases in the entire Union Territory of Jammu and Kashmir.

The Union government has already dispatched more than sixty additional companies of paramilitary forces comprising CRPF, BSF, CISF and SSB to be in Jammu and Kashmir to provide security cover to these elections.

Already there are many additional paramilitary troops stationed in Kashmir Valley since the abrogation of Article 370 on 5 August 2019.

Many candidates who are contesting these elections especially those who are with PAGD have alleged that they were not being allowed to campaign due to the security threat.

Both Omar Abdullah and Mehbooba Mufti through their tweets have claimed that the government was allowing BJP and JK Apni Party candidates to campaign and not allowing PAGD candidates to level the playing field to meet people during the campaign.

The Central government after the recent amendments to the Panchayati Raj Act has decided to hold the DDC polls for the first time in the history of Jammu and Kashmir to give people a chance to have their elected members in every district to make decisions about the development projects and other such activities. 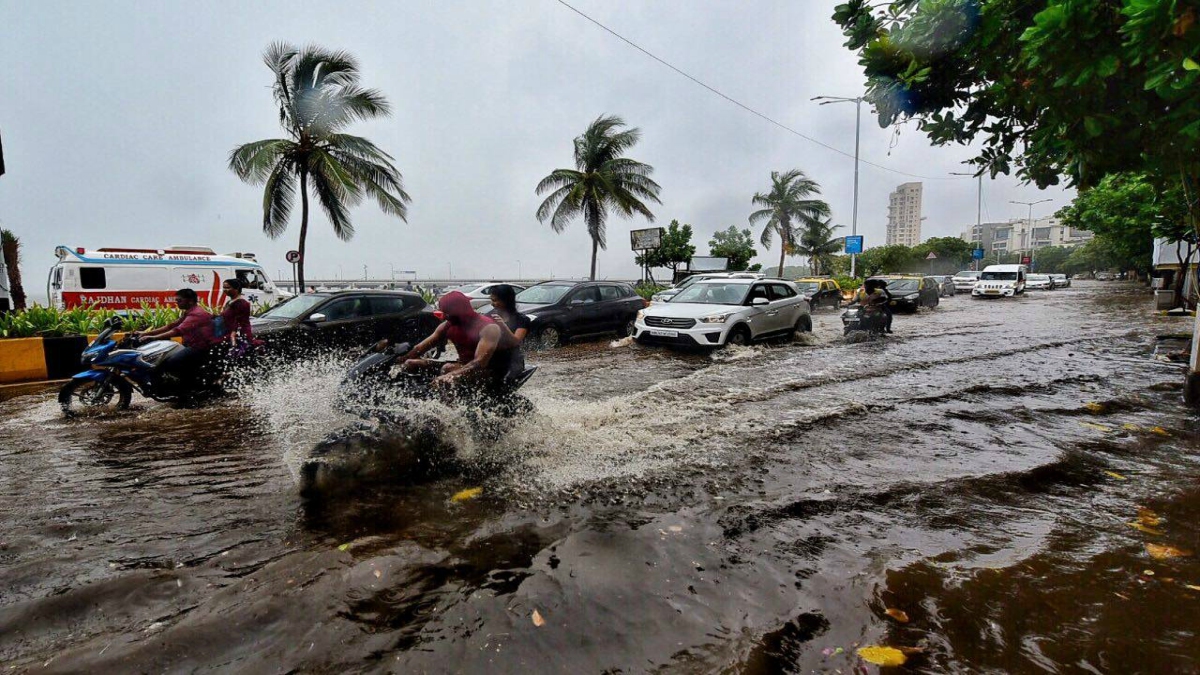 Authorities prepared for severe floods in Australia’s east on Thursday as Sydney marked its wettest year in 164 years. More torrential rain is predicted to fall over the next three days.

Australia’s largest metropolis has experienced 2,200 mm of rain in a year for the first time since records began in 1858, and there are still almost three months left in 2022.

Approximately 2,213 mm (87 inches) of rain has fallen on Sydney by Thursday afternoon, breaking the previous record of 2,194 mm recorded in 1950.

In the five hours since 9 a.m. local time (2200 GMT, Wednesday), more than 58 mm have fallen, according to Bureau of Meteorology (BoM) live data.

As Australia’s east coast continues to experience the exceptional La Nina weather pattern for a third straight year, further downpours are predicted for the rest of 2022.

Heading into late spring and summer, we’re still in this active La Nina period so we can expect more and more rainfall and that does increase the risk of flooding,” BoM forecaster Jonathan How told ABC television.

Three times in the past two years, flooding has affected Sydney’s suburbs, displacing tens of thousands of people.

Authorities in Sydney cautioned citizens to be on the lookout for flash floods and to avoid driving on flooded roads as a wild weather system was anticipated to drop torrential rains through the weekend across a large area of Australia’s east.

The capacity of many dams and rivers has already been reached. In order to help avert future floods, the state of New South Wales has committed to increasing the height of the wall at Sydney’s Warragamba Dam, which provides 80% of the city’s water. 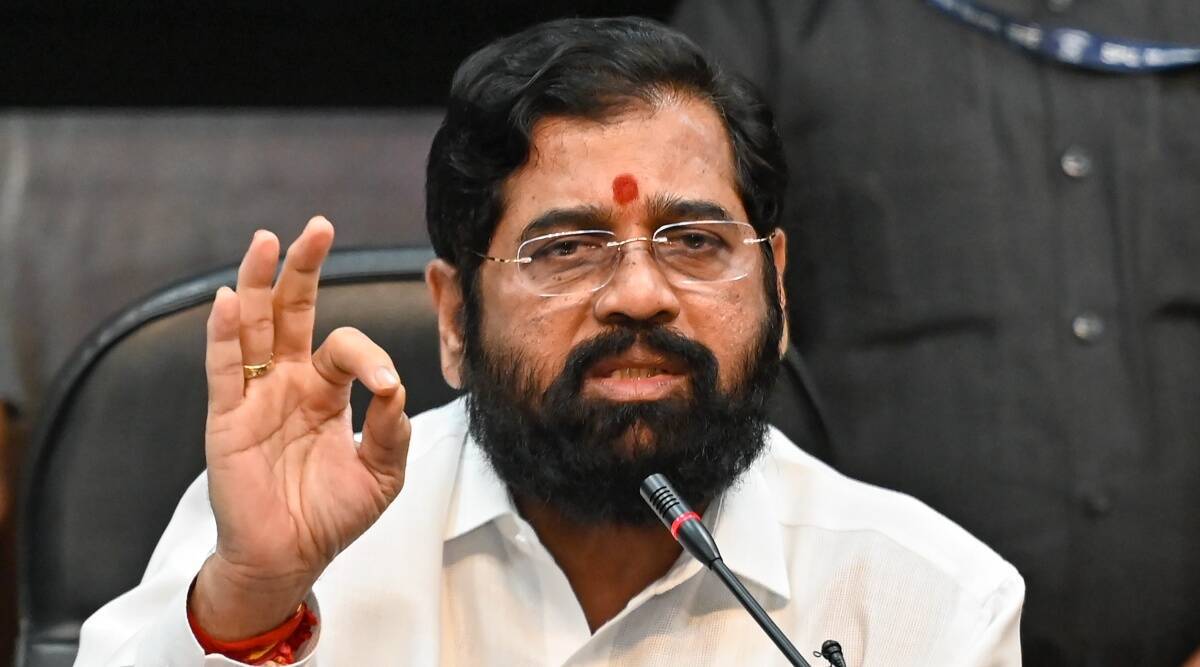 At a Dussehra rally on Thursday, Chief Minister Eknath Shinde retaliated against Uddhav Thackeray for his remarks against Katappa, claiming that even Katappa had self-respect and did not have double standards.

“They call me ‘Katappa’. I want to tell you that even ‘Katappa’ had self-respect and did not have double standards like you,” Shinde said. Recently, Uddhav Thackeray said, “The only thing I feel angry about is that when I was admitted to the hospital, the people whom I gave the responsibility (of the state) became ‘Katappa’ and betrayed us… They were thinking that I would never return from the hospital.”

In an attack on Uddhav Thackeray, Shinde claimed that Narayan Rane would have taken over as CM if Balasaheb Thackeray had still been alive.

“He (Uddhav Thackeray) didn’t feel ashamed of taking the oath of CM. If Balasaheb Thackeray had been alive he would not have become CM, Balasaheb would have made Narayan Rane CM”, CM added.

At the Dussehra rally on Wednesday at Mumbai’s BKC field, Balasaheb Thackeray’s son, Jaidev Thackeray, attended to show his support and shared the stage with Maharashtra CM Eknath Shinde.

Jaidev Thackeray expressed his support for CM Shinde and stated, “Don’t abandon Eknath Shinde by himself. He serves peasants and common people “.

Shiv Sena Dussehra event on MMRDA grounds was attended by Maharashtra CM Eknath Shinde and members of his faction.

In honour of Balasaheb Thackeray, Shinde spoke. A Mahant from Ayodhya in Uttar Pradesh was summoned to perform the “Shashtr pooja” (worship of arms) for the 51-foot-long sword.

Uddhav Thackeray was denounced by Shinde as a traitor for his former party’s affiliation with Congress. “Balasaheb Thackeray made an alliance with the BJP. You did gaddari, but we are not gaddar. You have committed a sin… go apologise to Balasaheb samadhi at Shivaji park”.

Shinde went on to praise his leadership, claiming that Uddhav Thackeray had brought about a revolution while betraying the Maharashtrian people and selling Balasaheb Thackeray’s ideas.

“You point at us for stealing your father, but you have sold your father and the packed ground here shows this,” he said.
Shiv Sena’s Shinde faction leader Ramdas Kadam called out Uddhav Thackeray, saying, “Even your brother, cousins, or Raj Thackeray are not with you. Uddhav ji, if you cannot even keep your family intact, how will you keep the state intact?”
In his attack, Shinde said, “This is not your (Uddhav Thackeray) pvt. ltd company. The Shiv Sena is made up of Shiv-Sainiks who have given their sweat for it. Not for people like you, who did partnerships and sold it.”

When Uddhav Thackeray was in office, he said that for two years, they obeyed all commands while he shattered Balasaheb’s worldview.

“As mentioned by Gulabrao Patil, all the MLAs used to meet me and tell me about their problems because you never met them… I used to give aid to them (MLAs) from my ministry. Why did MLAs and MPs left you? Raj Thackeray, Narayan Rane, and Smita Thackeray left you. Are we all wrong?” he asked.

Prashant Kishor states that he will not work for Nitish Kumar 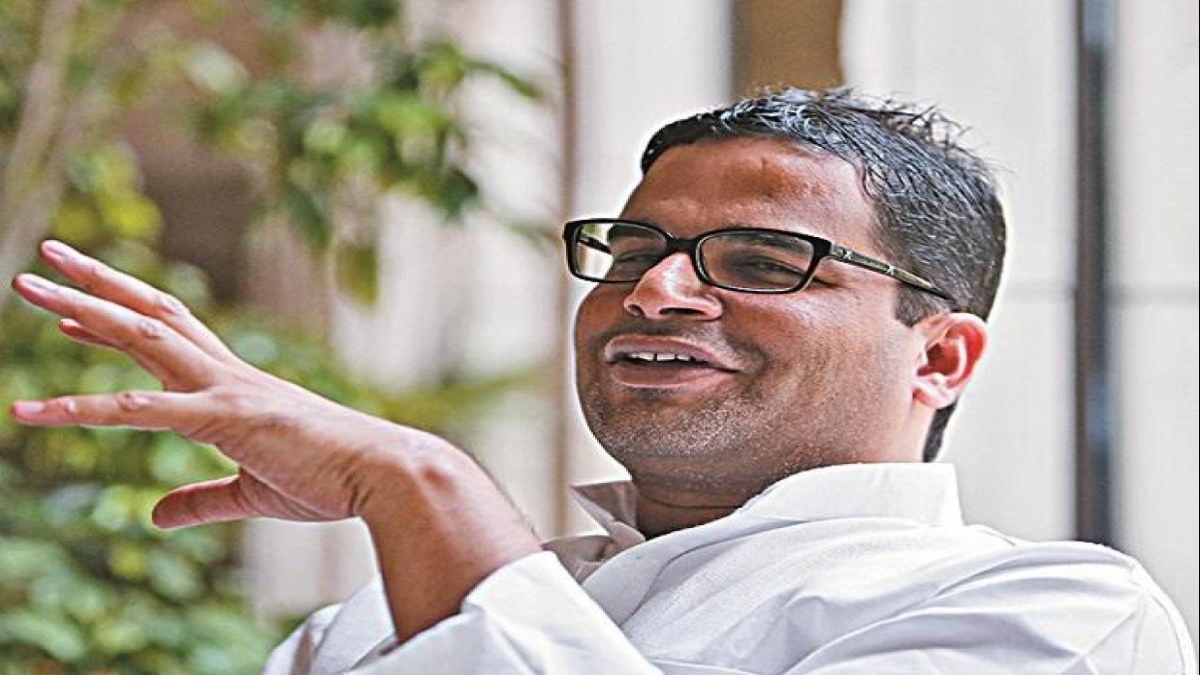 Prashant Kishor, an election strategist turned politician, said on Wednesday that he would not work for Bihar Chief Minister Nitish Kumar, even if Nitish vacates the CM’s chair for him. Prashant Kishor stated that he made a promise to the people that he cannot change. He has also revealed that during their last meeting, after Nitish Kumar left the NDA alliance in Bihar and became the chief minister of the Mahagathbandhan in the state, Nitish Kumar asked him to join the JD (U).

“I categorically told the CM that I will not work with him even if he (Nitish Kumar) makes me his political heir or …vacates the chair of CM for me. I said no….I have made a promise to the people…it can’t be changed,” Prashant Kishor said as he addressed a gathering at Jamunia village in the West Champaran district as part of his ongoing 3,500-km Jan Suraah yatra.

Prashant Kishor made frequent references to Nitish Kumar in his addresses during the yatra. “You all must have learnt through media reports that Nitish Kumar had called me to his residence about 10-15 days back. He asked me to lead his party. I said it is not possible,” Prashant Kishor said on Tuesday.

“After losing the 2014 (Lok Sabha) polls, he met me in Delhi, begging for help. I assisted him in winning the 2015 assembly polls as the chief ministerial candidate of the ‘Mahagathbandhan’. Today, he has the temerity to offer ‘gyan’ (wisdom) to me,” he said.

Prashant Kishor joined the JD(U) in 2018 and rose to the position of national vice-president before being expelled due to a disagreement with Nitish Kumar over the Citizenship Amendment Act.

“Politicians have for long been seeking my advice on how to win elections. Media has been full of praise for my track record as a political strategist. But never before have I asked anybody to lend me money,” he said. “But today I am seeking donations. This is the fee that I am charging towards building this movement which entails expenses like the tent we have put up here,” Prashant Kishor said. 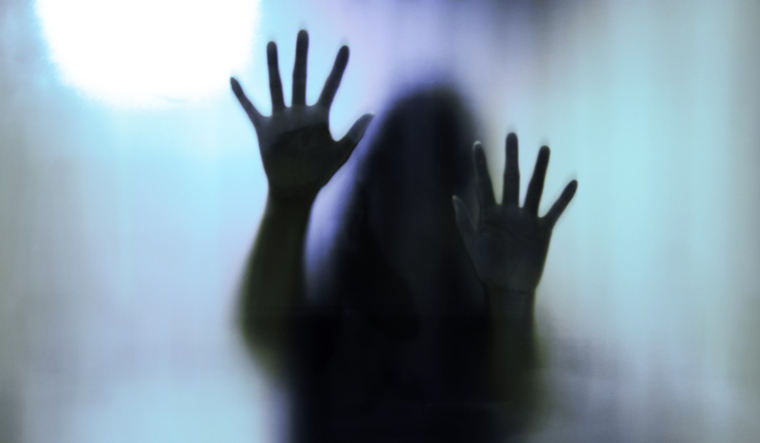 Superintendent of Police (SP) Mainpuri, Kamlesh Dixit on Wednesday said a girl was raped and murdered in Nagla Shisham village in Uttar Pradesh.

“Police received information about the rape and murder of a girl in Nagla Shisham village. Police reached the spot and immediate action was taken. Action will be taken by arresting the guilty soon,” Dixit said.

Meanwhile, under suspicious circumstances, the victim’s body was found hanging.

The incident took place when the deceased father went to work at Mainpuri and the mother was gone to Agra.

Moreover, the deceased sister saw the victim through the window where her sister’s body was hanging.

SP Dixit further added, “The sister of the deceased told the police that the accused Pushpendra strangled her sister to death.”

However, the body of the victim has been sent to the district headquarters for post-mortem.

Kerala minister M B Rajesh reported that, nine people were murdered and 38 more were hurt after a tourist bus carrying students collided with a KSRTC bus at Mangalam, close to the Vadakkenchery region of Palakkad.

The horrifying traffic collision happened when the tourist bus hit the KSRTC (Karnataka State Road Transport Corporation) bus from behind. While the KSRTC bus was travelling to Coimbatore, the tourist bus carrying Baselios Vidhyanikethan School children and faculty was travelling from Ernakulam to Ooty. Five kids, one instructor, and three KSRTC bus passengers were among the deceased.

38 people have been admitted to the hospital.

“Five people sustained serious injuries, but they are said to be out of danger,” Rajesh said.

In a previous incident in Uttarakhand, the Pauri Garhwal bus accident resulted in up to 32 fatalities and eighteen injuries, according to information provided to the State Disaster Response Force (SDRF) on October 4.

The chief minister, Pushkar Singh Dhami, pledged financial support to the families of those killed in the disasters in Pauri Garhwal and Uttarkashi.

Earlier on October 3, a bus carrying a wedding procession of 50 people in Uttarakhand’s Pauri Garhwal district crashed into a gorge close to Simdi village.

“A wedding procession had left in a bus from Laldhang when an accident occurred. Information is being taken from the family members. A rescue operation is still underway by Pauri Police and SDRF at the spot,” said Haridwar SP City Swatantra Kumar Singh. 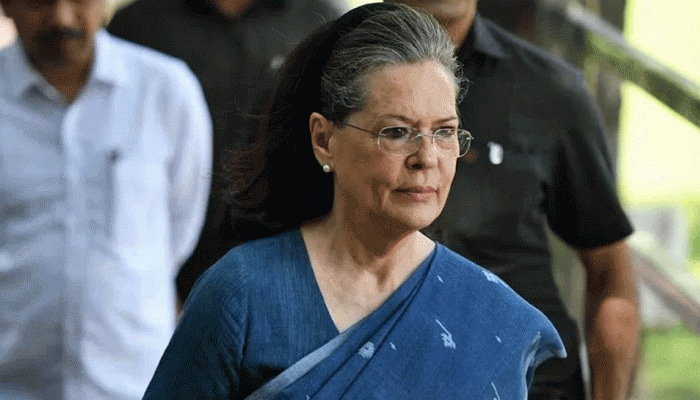