DROUGHT IN SPAIN TO HALVE OLIVE HARVEST - The Daily Guardian 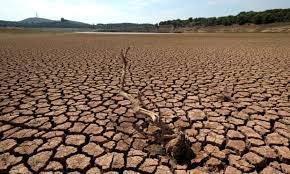 In previous years, the olive harvest in the province was about 300,000 tonnes, but this year it is expected to be only 180,000 tonnes, which could result in losses of up to 500 million euros ($498 million), according to the head of Asaja. He added that in addition to the drought, olive oil producers “have been seriously affected by rising prices for commodities such as fertilizers, phytosanitary products and diesel fuel .”

Earlier in August, it was reported that against the background of the ongoing drought, Spain is investing more than 200 million euros in the expansion and construction of water desalination plants.

Additionally, water was delivered last week by tankers to the municipalities of the province of Biscay in the Spanish Basque Autonomous Community, where restrictions on the use of water have been imposed due to extreme heat and drought.

Many European countries have been experiencing extremely high temperatures this summer.

Some countries have been impacted by unprecedented droughts, while others are dealing with massive wildfires that engulf thousands of acres of land.

Kejriwal to propose ‘motion of confidence’ in the assembly today