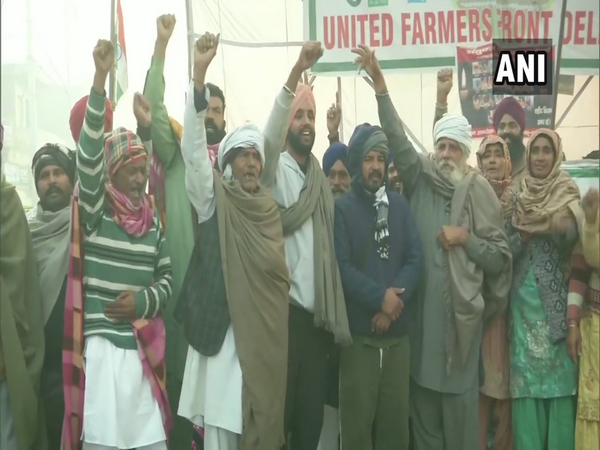 Bhopal (Madhya Pradesh) [India], January 31 (ANI): Backing Nationalist Congress Party (NCP) chief Sharad Pawar’s critique of the new farm laws, Senior Congress leader Digvijaya Singh on Sunday asked the former Union Agriculture Minister to “drill some sense” into Prime Minister Narendra Modi.
“You are absolutely correct Pawar Saheb. Why don’t you drill some sense into Modi ji? He has always held you in high esteem!!,” Singh tweeted while quoting Pawar’s six-tweet response to the central government over old farm reform plans.
Pawar, the Union Agriculture Minister for ten years in Prime Minister Manmohan Singh’s government, had on Saturday posted a critique of the new farm laws against which farmers have been protesting at different borders of Delhi for over two months.
Pawar said the new central laws will adversely affect the Minimum Support Price (MSP) and weaken the mandi system.
“Reform is a continuous process and no one would argue against the reforms in the APMCs or Mandi System, a positive argument on the same does not mean that it is done to weaken or demolish the system,” he tweeted.
“During my tenure, the draft APMC Rules – 2007 were framed for the setting up of special markets thereby providing alternate platforms for farmers to market their commodities and utmost care was also taken to strengthen the existing Mandi system,” he added.
Supporting the farmers’ stand that the new laws will result in loss of income, Pawar said, “New agricultural laws restrict the powers of Mandi system i.e. the collection of levy and fees from the private markets, dispute resolution, agri-trade licencing and regulations of E-trading.”

“New laws will adversely impact the MSP procurement infrastructure thereby weakening the Mandi system. MSP mechanism has to be ensured and strengthened further,” he added.
Pawar said he was also concerned about the amended Essential Commodities Act.
“I am also concerned about the amended Essential Commodities Act. According to the act the Govt will intervene for price control only if rates of horticultural produce are increased by 100 per cent and that of non perishable items increase by 50 per cent,” he tweeted.
“Stock piling limits have been removed on food grain, pulses, onion, potato, oilseeds etc. It may lead to apprehensions that Corporates may purchase commodities at lower rates and stock pile and sell at higher prices to consumers,” he added.
Heightened security deployment has continued at the Singhu border (Delhi-Haryana border) as farmers’ protest against three agriculture laws entered the 67th day on Sunday. While the protest at Ghazipur border by the farmers (Delhi-Uttar Pradesh border) has entered Day 65. Security has been beefed up as more farmers are coming to the protest site for the past two-three days.
The next round of talks between the farmers and the Centre is scheduled for February 2.
Farmers have been protesting at different borders of the national capital since November 26, 2020, against the farm laws: Farmers’ Produce Trade and Commerce (Promotion and Facilitation) Act, 2020, the Farmers (Empowerment and Protection) Agreement on Price Assurance and Farm Services Act, 2020, and the Essential Commodities (Amendment) Act, 2020. (ANI)